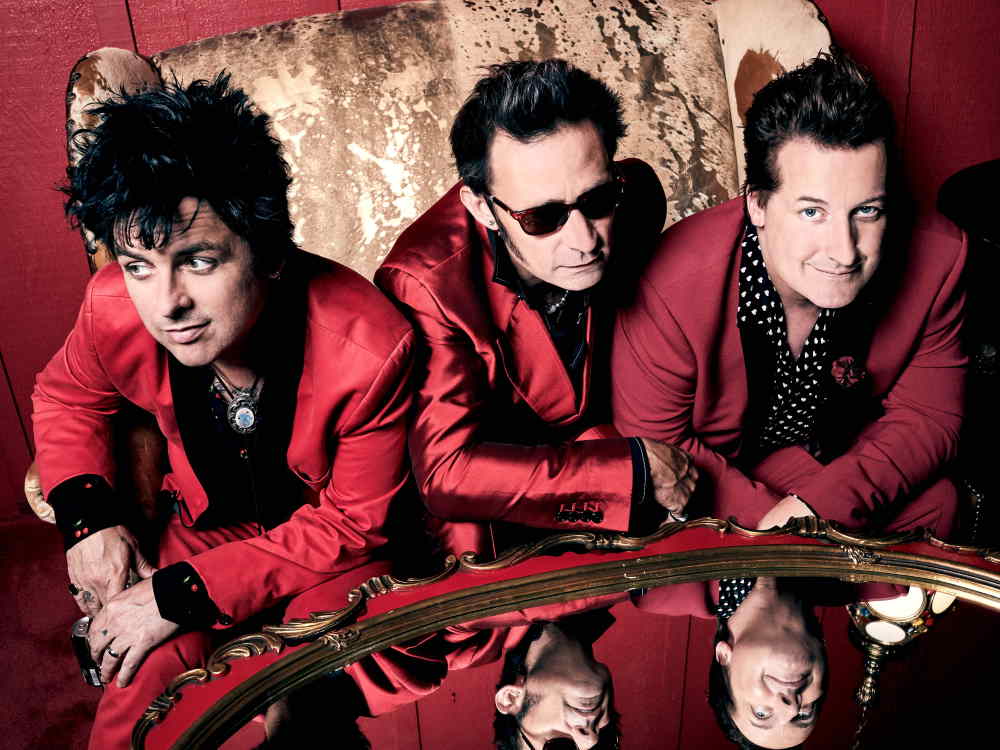 From the raw and gritty Rancid, to the pop-punk of Blink-182, this list introduces you to some of the most-influential and best 90s punk bands.

Since its formation in England in the 1970s, punk music has spread around the world. In the 90s, we saw a growing number of punk bands emanating from the United States. Those American bands make up the vast majority of this list. The genre also began to overlap somewhat with ska, although we’ve left ska-punk bands off this list.

In the 90s, the ‘flavour’ of punk music changed somewhat from its early days, as some pop-punk bands made the genre more palatable for a wider audience. That said, the core values of rebellion, self-expression, and reckless abandon are present in the music of all of these artists.

Let’s dive in and discover some of the best 90s punk bands who defined the era.

A power trio who are unabashedly political in their lyrics, they have, perhaps ironically, achieved significant commercial success. The band has released some thirteen albums since dropping their debut album 39/Smooth in 1990, and the majority of these albums are multi-platinum selling.

Their biggest hits from the 90s include ‘Basket Case’ (1994), ‘When I Come Around’ (1995), and ‘Good Riddance (Time of Your Life)’ (1997). Their success and popularity has continued until the present day, and the band remain very much active.

Blink-182 are one of the first names that will come to mind for most people who think of 90s punk music. The band are definitely the most popular and most successful of the pop-punk variety, and have achieved enormous success over the decades.

A power trio composed of Mark Hoppus, Tom DeLonge, and Travis Barker, the band is known for slightly comical, adolescent, and sometimes angsty songwriting. Each of the band members has also embarked on successful side projects, including Box Car Racer, Angels and Airwaves, and The Transplants.

The band’s biggest hit from the 90s is ‘What’s My Age Again?’ – a track which perfectly showcases the band’s characteristic uncouth playfulness. Their 1999 album Enema of the State sold a spectacular fifteen million copies worldwide, making it their best-selling album.

The band are still active today, and dropped their eight studio album Nine in 2019.

The Offspring are one of the most iconic punk bands of the 90s, epitomising the aesthetic and sound of 90s American punk music. With the core members Bryan ‘Dexter’ Holland, Kevin ‘Noodles’ Wasserman, and Todd Morse, the band was formed in California in 1984.

The band’s eponymous 1989 debut album was the first of ten albums they have released, with their latest album, Let the Bad Times Roll out in 2021. Their 1994 album Smash was arguably their most successful, selling eleven million copies worldwide.

NOFX are one of the most influential and highly regarded 90s punk bands, known for their uncompromising punk principles. Unlike many of their contemporaries on this list, despite achieving huge commercial success, NOFX never signed to a major record label.

The band released their debut album Liberal Animation in 1988, and went onto growing success throughout the 90s. Their sixth album Heavy Petting Zoo (1996) was the first to chart on the Billboard 200. All their subsequent albums have charted.

Their biggest hits include ‘Linoleum,’ ‘Six Years on Dope,’ and ‘Don’t Call Me White.’

Founded in California in 1991, the band’s two core members are Tim Armstrong and Matt Freeman. Lars Fredricken joined the band 1993, and drummer Branden Steineckert has served since 2007.

The band have released nine albums between 1993 and 2017. Their 1995 album …And Out Come The Wolves was their most successful to date, and is certified Platinum.

Bad Religion’s name is synonymous with punk music. Formed in 1980, they are one of the most famous punk bands of all time, and their success ran through the 80s and 90s up until today.

Bad Religion are well-known for their band logo, which is a black cross with a prohibition sign over it. The logo has proven both controversial and highly memorable.

In various interviews, the band has explained that the logo is not intended to be anti-Christian or anti-religion so much as anti-authority or anti-dogma. It epitomises the band’s anti-establishment mentality.

The band has released seventeen studio albums to date, with their 1994 album Stranger than Fiction and their 1996 album The Gray Race achieving Gold classification.

Anti-Flag are one of the most overtly political punk bands of the 90s. Formed in 1988, the band rose to success in the 90s. They continue to release music to this day. The name ‘Anti-Flag’ carries anarchistic or anti-state undertones.

In a manner similar to 70s British punk bands, the band’s core members – Justin Sane and Pat Thetic – have adopted ‘punk’ names. The band are well-known for their outspoken support of causes and charities including Greenpeace and The Occupy Movement.

Perhaps because of their overt politicism, the band have not achieved quite the same commercial success as most of the other bands on this list. They have nonetheless garnered massive popularity in the punk scene.

Anti-Flag have released twelve studio albums to date, and their debut album Die for the Government came out in 1996. Their biggest hits include ‘This Is The End (For You My Friend)’ and ‘The Press Corpse.’

Bikini Kill are one of the truly iconic punk bands of the 90s. Founded in Washington in 1990, the all-female band have been credited as pioneers of the riot grrrl movement that ultimately spread worldwide. The band disbanded in 1997, although they have reformed to tour in recent years.

The band’s debut album Revolution Girl Style Now! was released in 1991. In line with the band’s DIY ethic, the record was a limited independent releases on cassette tape.

Formed in California in 1988, Pennywise are hugely respected in the punk community. Incorporating elements of skate-punk and hardcore, they are one of the great 90s punk bands. They take their name from the clown in Stephen King’s horror novel ‘It.’

The band reached the height of their popularity in the 90s. They have released twelve albums to date, with About Time (1995), Full Circle (1997), and Straight Ahead (1999) all certified Gold. Since About Time, all of their albums have charted on the Billboard 200.

The only non-American band to make this list, Millencolin are a Swedish punk rock band formed in 1992. Skateboarding enthusiasts, the band are named after the skateboarding trick, ‘melancholy.’

Their first major release was their 1994 album Tiny Tunes (re-released in 1998 as Same Old Tunes due to copyright issues with Disney). Their second album Life on a Plate (1995) was certified Gold.

The band went onto greater international success in the year 2000, with Pennybridge Pioneers. This was their first album to chart in the United States, and was certified Platinum.

Their biggest hits include ‘Fox,’ ‘Penguins and Polar Bears,’ and ‘No Cigar.’

Ramones started out sometime before many of the bands on in this article, but the list would not be complete without them. Formed in 1974, the band were active through the 80s and into the 90s. They are one of the most-acclaimed American punk bands of all time.

Hailing from New York, all the band members adopted the surname ‘Ramone,’ taking inspiration from Paul McCartney who allegedly checked into hotels using the fake name ‘Paul Ramon.’ The band have been variously named amongst the most influential rock bands of all time, and in 2011 were awarded the Grammy Lifetime Achievement Award.

The band released fourteen studio albums in their career, all of which charted on the Billboard 200, and many of which charted internationally. Their biggest singles include ‘Blitzkrieg Bop’ (1976), ‘I Wanna Be Sedated’ (1978), and ‘Pet Sematary’ (1989).

Mental health, struggles with addiction, and political differences led to various tensions in the band, seeing them break up in 1996. Their legacy certainly lives on.