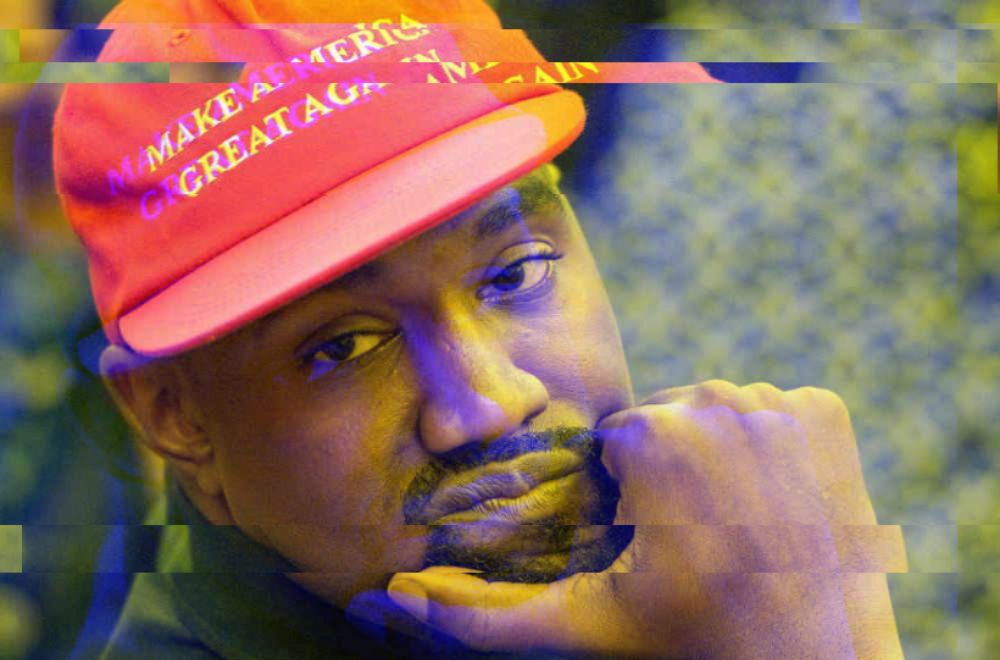 This article will introduce you to the controversial world of conservative rappers. Although it’s a fact that many people are politically conservative, rap and right-wing politics tend not to mix. At least, until recently.

Since its early days, rap music has historically tended to be politically liberal. Many hip-hop artists have supported causes that are generally associated with the left-wing. Most often, this has included anti-racist and anti-police sentiments. Some rappers have also expressed anti-capitalist ideas.

However, in the world of rap today, we witness a complex mixture of political views. This became especially clear with the rise of Donald Trump, who received public support from a number of well-known rappers.

More broadly, many of today’s American rap artists endorse a broadly pro-capitalist worldview. Lyrics about wealth acquisition and conspicuous consumption are a very common feature within trap music in particular.

The money-driven focus of much popular rap music today represents a notable step-change from the ‘conscious rappers’ of the ‘90s and ‘00s who more often expressed socialist and politically progressive ideas.

That said, this article will only discuss rappers who have explicitly identified themselves as conservative, or publicly expressed support for right-wing politicians such as Trump.

Let’s dive in and learn a bit more about some politically conservative rappers on the scene today.

Tom MacDonald has built his whole image around being a conservative rapper. He is without a doubt the rapper who is most-known for his overtly right-wing views.

The Canadian rapper and former professional wrestler has achieved a reasonable level of success, with his singles ‘Fake Woke,’ ‘Snowflake,’ and ‘Brainwashed’ all charting on the Billboard Hot 100 in 2021. He has been described as ‘one of the most divisive personas hip-hop has ever seen.’

It would probably be accurate to say that MacDonald’s fanbase tends to be aligned with him more because of his politics than his music. The hip-hop community has broadly been dismissive of his technical abilities and his musicality.

Christopher Townsend – better known as ‘Topher’ – is a Mississippi rapper who rose to prominence in 2021 with his single ‘The Patriot’ featuring The Marine Rapper.

An Air Force veteran, Topher has amassed a significant following on TikTok where he broadcasts political commentary. He is now well-known both as a conservative rapper and TikToker.

Topher voted Republican in the 2016 presidential election, although he did not identify as a conservative at the time. By 2020, Topher was an active supporter of Trump, and campaigned on the Trump tour bus in Las Vegas.

He has released two albums – No Apologies (2001) and 222 (2022) – although he is best-known for the controversial single ‘The Patriot,’ which was removed from Spotify.

Kanye’s political views are by no means straightforward, but he is nonetheless an obvious candidate for this list.

Ye actually has a history of supporting Democrats. Information published by the Federal Election Commission makes it clear that he donated to Barack Obama’s campaign in 2012 and Hilary Clinton’s campaign in 2015,

However, in 2019, Kanye came out in support of Trump. Kanye has generally spoken highly of Trump since then, although he appeared to rescind his backing for him somewhat in 2020, claiming that Trump ‘hid in a bunker’ during Covid. You can find numerous snaps of Kanye sporting a red ‘Make American Great Again’ baseball cap.

Kanye, of course, also put himself forward for President in 2020. It would be hard to speculate as to what his policies would have looked like, and whether they would have mostly fallen on the right or left of the political spectrum.

This said, it is clear that anti-semitism can exist on both the far-right and the far-left, so Kanye’s recent remarks cannot necessarily be straightforwardly designated as left or right wing.

Cowboy Troy is a country rapper who rose to success in the ‘00s with his 2005 tracks ‘I Play Chicken With The Train’ and ‘Our America’ with Big & Rich.

Troy achieved reasonable success in the country rap scene in the ‘00s, with his 2005 album Loco Motive peaking at number two on the Billboard Country Music Albums chart. However, his popularity waned over the following decade, with his following releases struggling to chart.

In an interview with The Washington Times, Troy identified as a black conservative. He performed at the 2008 Republican National Convention in Minnesotta, and more recently in 2017 at Trump’s Pre-Inaugural gala with Big & Rich in Washington D.C.

One of the biggest names in the Soundcloud rap scene, Lil Pump blew up in 2017 with his hit single ‘Gucci Gang,’ which reached number three on the Billboard Hot 100 and was certified five times Platinum.

Lil Pump is one of several high-profile conservative rappers who supported Donald Trump. He was pictured variously wearing Trump’s red ‘Make America Great Again’ hat. In 2020, Trump brought Pump out to speak at a rally in Michigan, where Trump introduced him as ‘Lil Pimp,’ much to the amusement of Lil Pump’s fans.

Lil Wayne is a hugely successful rapper. In 2012, he broke the record set by Elvis for most entries on the Billboard Hot 100 – a phenomenal one hundred and nine songs. He has five Grammys to his name, as well as a plethora of other awards.

Five of his thirteen studio albums have topped the Billboard 200 album chart. His total record sales stand at over fifty million. As such an prominent and successful artist, the matter of Lil Wayne’s much-publicised relationship with Trump is significant.

Lil Wayne’s first major public display of support came a week before the US presidential election in 2020. The artist posted a picture of himself with Trump, as the pair met to discuss criminal justice reform.

A week after Lil Wayne came out in support of Trump, his then-girlfriend Denise Bidot announced their breakup on social media, leading some to speculate that the events were connected.

Along with Kodak Black, Lil Wayne was amongst more than one hundred individuals to be pardoned by Donald Trump in his last day in office. Lil Wayne faced charges up to ten years imprisonment for firearms possession, until he was pardoned by Trump.

The White House said that Lil Wayne exhibited ‘generosity through commitment to a variety of charities, including donations to research hospitals and a host of food banks.’

There was a time when Kodak Black would have been an unlikely candidate for a list of conservative rappers. However, since being released from prison by Trump, Kodak Black has been an avid Trump supporter.

Kodak Black is a rapper who is frequently at the centre of controversy. He has numerous legal issues to his name (which you can read about here).

Since rising to fame with his 2014 single ‘No Flockin’,’ the artist achieved significant success, with four of his five albums charting in the top ten of the Billboard 200 album charts.

Kodak was serving a sentence at a high-security prison in Inez, Kentucky, when Trump commuted his sentence. The rapper has been a vocal supporter of Trump ever since, with numerous social posts praising the former president.

The Marine Rapper first rose to fame with his 2017 track, ‘Star-Spangled Banner,’ off his album Nightmrca.

His fame was compounded by featuring on Topher’s famously conservative song ‘The Patriot,’ which topped the Billboard Rap Songs chart, and was banned from Spotify.

As his name suggests, The Marine Rapper is a former marine, and both his lyrics and his marketing material is heavily focused on military themes. While ‘The Patriot’ is by far his biggest hit, other popular tracks include his first hit, ‘Star-Spangled Banner,’ and ‘Holy War Too.’

The Marine Rapper is generally careful to avoid labels, although he publicly criticised Biden after Biden commented, ‘if you have a problem figuring out whether you’re for me or Trump, then you ain’t Black.’

Check out his The Marine Rapper’s response to that Biden comment here.

The artist divided fans over suggesting that Trump was a better president than Obama. Flocka initially tweeted that Obama had ‘violated’ Trump. After a fan said that people who prefer Trump to Obama are clowns, Flocka responded ‘guess I’m a clown.’

Several months after the event – although not necessarily connected in any way – Donald Trump honoured Waka Flocka Flame with a lifetime achievement award.

The award was bestowed on Flocka for his philanthropy and volunteering with the Chicago non-profit Daughter of Destiny Outreach, which supports homeless women.

Ice Cube is something of a rap icon, and until recently, you probably wouldn’t expect to find him on a list of conservative rappers. After initially rising to fame as a member of N.W.A. he enjoyed a successful solo career, and went on to significant success in film. He was therefore the subject of quite some scrutiny when he met with Donald Trump ahead of the 2020 election.

Ice Cube’s relationship with Donald Trump was well publicised in the media, with the artist receiving significantly more backlash than many of the others on this list. Ice Cube worked with Trump to produce the ‘Platinum Plan for Black America.’ Furious backlash ensued, with critics saying that Ice Cube was being ‘used’ by Trump to win the support of Black Americans.

Amongst Ice Cube’s requests of the President was $500 billion of capital to be put in Black communities. Ice Cube responded to criticism by emphasising that his interests and loyalty were solely directed towards the Black community.

Critics argued that the plan was vague – or indeed, ‘fairy dust’ – and that if Trump really cared about the Black community, he would have done more in his first term.

How Long Does Tinnitus Last?

15 Music Venues in Sheffield You Must Check Out 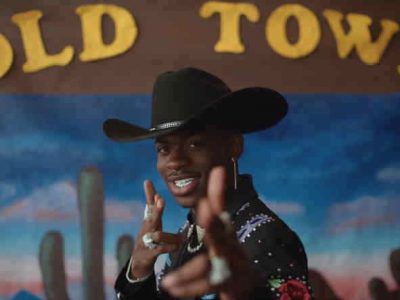