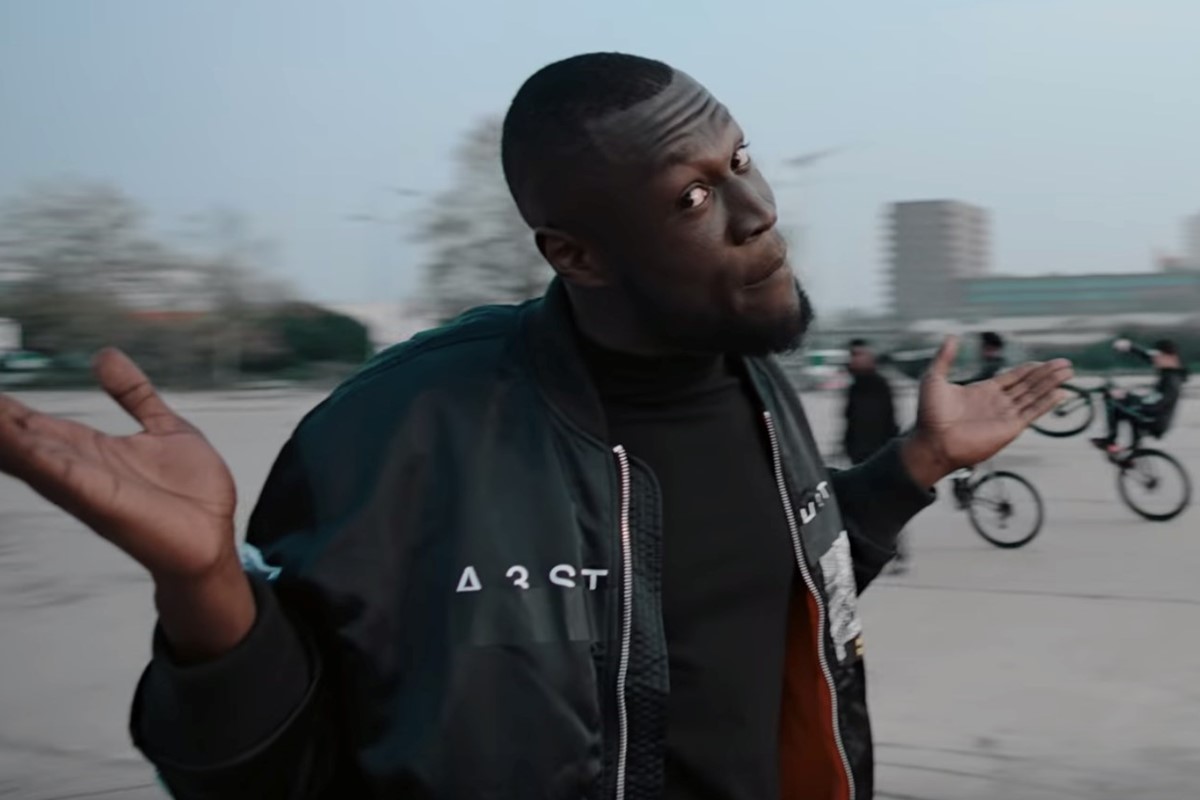 This list of the most-influential and best British rappers highlights the strength of the UK rap scene. The US may be the epicentre of the rap world, but few would doubt that the UK is the leading contender for second place.

From UK hip-hop, to garage, to grime, to drill, the UK has proven pedigree for pushing the boundaries of rap music. This list showcases some of the movers and shakers from the past three decades, up until today. Let’s dive in.

Stormzy is one of the biggest names in the UK grime scene, and indeed, one of the most successful British rappers of all time.

He came to nationwide attention with his song ‘Shut Up.’ His first UK number one single came in 2019 with his track ‘Vossi Bop.’

With a host of awards under his belts, and headline performances at Glastonbury and the Brit Awards, Stormzy has been an essential part of the British music scene in recent years.

Although best known as a grime rapper, in recent years Stormzy has also incorporated elements of gospel and R&B into his music.

Dave, aka Santan Dave, has risen to become one the best-known British rappers in the last few years. Essentially a UK hip-hop artist, Dave is known for his conscious lyricism. His music also taps into elements of pop and drill.

His critically-acclaimed 2019 debut album Psychodrama topped the UK album charts, as well as picking up the Mercury Prize and Album of The Year at the 2020 Brit Awards.

A young artist who has already made a name for himself as one of the best British rappers of all time.

M.I.A. rose to fame with her infectious 2007 single ‘Paper Planes.’ Sampling the Clash’s song ‘Straight To Hell,’ the Grammy-nominated track is a fairly slow, alternative hip-hop track. Aside from the Clash sample, the song is well-known for the gunshot and cash register samples used in the chorus.

Of Sri Lankan descent, M.I.A. is also a political activist who has spoken out against the Sri Lankan government’s treatment of Tamils.

In 2019, she was awarded an MBE for her services to music. Her other hits include ‘Bad Girls’ and ‘Borders.’

Little Simz has been establishing herself as an artist since the mid 2010s, and has enjoyed a cataclysmic rise since the release of her 2021 album Sometimes I Might Be Introvert.

Roots Manuva was one of the biggest names in UK hip-hop in the 00s. With nine studio albums to his name between 1999 and 2015, he was one of the most prolific British rappers.

His dubstep-influenced track ‘Witness’ is his all time greatest hit. An innovative artist who has often worked across genres, Roots Manuva has collaborated with all sorts of UK artists, including Gorillaz, Nightmares on Wax, and The Cinematic Orchestra.

Kano is one of the most important British rappers from the last two decades. Originally making a name for himself as a member of the grime collective N.A.S.T.Y. crew, he went onto a successful solo career.

The underground cult classic ‘Ps & Qs’ was arguably Kano’s biggest track, along with ‘Made in the Manor.’

Tinie Tempah broke into the world of UK rap with his critically acclaimed 2010 album Disc-Overy. Renowned for his distinctive fashion sense and eccentric style, he went on to become one of the biggest British rappers of the decade, tapping into the pop market.

Since Disc-Overy, Tinie Tempah has picked up two Brit Awards and three MOBO Awards. His biggest tracks include ‘Pass Out’ and ‘Girls Like’ (feat Zara Larrson).

Today, Akala is best known for his poetry and activism. But Akala originally rose to fame thanks to his contribution to UK hip-hop and grime.

The artist’s debut album It’s Not A Rumour saw him become a major player in UK rap, with Akala going on to win the MOBO Award for Best Hip-Hop Act off the back of it in 2006.

In 2010 he toured the UK with US hip-hop legend Nas and Damian Marley as part of the Distant Relatives tour.

Skepta is one of the best-known British rappers on the scene today, achieving success on both sides of the Atlantic. He first became known with UK rap as part of the grime collective Boy Better Know.

His 2016 album Konnichiwa is his most critically-acclaimed work to date, winning the Mercury Prize for Best Album that year.

An essential name in grime, and undoubtedly one of the best British rappers of our generation.

Ghetts is one of the biggest names in grime, who, along with Kano, first rose to prominence through his involvement with the grime collective, N.A.S.T.Y. crew.

Ghetts made waves in the grime scene with his 2005 mixtape, 2000 & Life. The record, which grew out Ghetts experiences as a youth in prison, is regarded as seminal amongst grime fans.

Since then, Ghetts has steadily risen to gain widespread recognition, his 2021 album Conflict of Interest charting at number 2 in the UK album charts.

My Dynamite is one of the most affectionately remembered artists of 00s UK hip-hop and R&B. Known most of all for her hit-single ‘Dy-Na-Mi-Tee,’ the artist also earned significant respect for her classic 2002 album A Little Deeper.

In her short but impactful career, Ms Dynamite picked up numerous awards including the Mercury Prize for Album of the Year for A Little Deeper and a 2003 Brit Award for Best British Female Solo Artist.

TV personality, stand-up comedian, and grime rapper are just some of Big Narstie’s professional titles. An unusual and fascinating character, he has earned respect for his music first and foremost.

Check out his hit singles ‘Groundwork,’ ‘Legacy,’ and ‘They Don’t Know.’

Kojey Radical is at the cutting-edge of UK rap, as evidenced by his stunning 2016 mixtape 23Winters. A poet, rapper, and musician, he has collaborated with the likes of Mahalia and Ghetts.

An up-and-coming artist who is poised to make a name for himself as one of the best British rappers of this generation. Check out hits including ‘War Outside’, ‘20/20,’ and ‘Cashmere Tears.’

A hugely influential artist, Wiley is one of the founding fathers of grime music. Wiley first made his name as a rapper through the UK garage crew Pay As U Go Cartel.

Wiley went on to form the star-studded grime collective Roll Deep, along with Dizzee Rascal, Tinchy Stryder and Skepta.

NME awarded Wiley an ‘Outstanding Contribution to Music’ award for his 2016 album Godfather, and he was awarded an MBE in 2018 for his services to music. Unfortunately, recent times have seen Wiley surrounded in controversy.

MF DOOM was a hugely influential hip-hop artist. Born in London, the artist spent much of his life in the US. However, in 2010, he was denied reentry to the US, and settled in the UK, until his death in 2020.

Renowned for his signature metal mask, MF DOOM was one of the most respected and most enigmatic rappers in the world. Check out his essential records Operation Doomsday (2009) and Madvillainy (2004).

Dizzee Rascal was one of the most influential and celebrated grime artists of the 00s. He helped to bring grime music to a mainstream audience with hits including ‘Bonkers,’ ‘Bassline Junkie,’ and ‘Dance Wiv Me.’

Lethal Bizzle first rose to prominence as a member of More Fire Crew, whose hit single ‘Oi!’ was the first grime track to reach the top 10 in the UK.

His high-energy single ‘Pow! (Forward),’ which was banned by many radio stations and clubs, became an underground hit, and remains one of his essential tunes. He released three album in the 00s – his debut album Against all Oddz (2005), Back to Bizznizz (2007), and the Go Hard (2009).

His 2017 EP You’ll Never Make a Million from Grime is arguably his biggest commercial success.

One of the few artists on this list who does not hail from London, Bugzy Malone is a Manchester rapper who made it big on the grime scene. His gritty lyrics often allude to his time in prison as a youth.

His 2017 King Of The North EP peaked at number 4 on the UK album charts. Recent years have also seen Bugzy’s acting career take off, including an appearance in the 2019 film The Gentlemen.

Mike Skinner, better known as the man behind The Streets, was a seminal artist in the UK garage scene in the 00s. Hailing from Birmingham, he rose to national success with the brilliant 2002 album Original Pirate Material.

Original Pirate Material featured several big singles including ‘Has It Come To This?,’ ‘Weak Become Heroes,’ and ‘Let’s Push Things Forward.’ One of the most original and best British rappers of the 00s.

Hailing from London and now based in Birmingham, Stefflon Don is one of the most influential female British rappers on the scene today.

She rose to success in 2017 with her single ‘Hurtin’ Me’ (feat. French Montana), and went on to win the 2017 MOBO Award for Best Female Artist, and the 2018 NME Award for Best New Artist.

More recently, she featured on the Wiley hit ‘Boasty,’ and the posthumously released XXXTentacion song ‘Royalty.’

Slowthai is a British rapper known for his overtly political music, addressing current issues in UK politics. His 2019 debut album Nothing Great About Britain was nominated for the Mercury Prize.

Slowthai’s unusual style draws on elements of grime, trap, and punk, with the artist frequently listing various rock artists amongst his major influences. His second album Tyron (2021) topped the UK album charts, and charted in the top 50 in countries around the world.

Collaborations with the likes of A$AP Rocky have seen Slowthai start to make a significant impact on the other side of the Atlantic.

Lisa Mercedez is a rapper and dancehall artist, whose innovative sounds draws on elements of grime. Born in Jamaica, she relocated to London aged 16 when her father passed away.

Emerging from the UK drill scene, Headie One is a British rapper who can be credited with bringing drill music to a wider audience. He is a member of the OFB drill collective.

While UK drill remains somewhat underground, Headie One’s reputation has seen the genre gain significant exposure. This has been aided by high-profile collaborations with the likes of Stormzy and Dave, and on the other side of the Atlantic, Drake.

Headie One has released five mixtapes, his 2019 Music x Road being the most successful, reaching number 5 in the UK album charts.

Rapper and singer Lady Leshurr first made a name for herself with her Queen’s Speech EP in 2016, showcasing her rap and vocal talent. Blending elements of UK hip-hop, grime, and dancehall, she has become a hugely respected personality in the UK rap scene.

Her accolades include winning the 2016 MOBO Award for Best Female Act, and a British Empire Medal in 2020 for her services to music and charity.

Young Manchester rapper Aitch has enjoyed a rapid rise to success, following the release of his viral YouTube release ‘Straight Rhymez.’ Collaborating with the likes of Stormzy, Wiley, Bugzy Malone, and Ed Sheeran have helped lift him to national fame.

Aitch’s hits include ‘Rain,’ ‘Taste (Make It Shake),’ and ‘Safe To Say.’ His 2022 debut album Close To Home reached number 2 in the UK album charts.

25 Folk Bands You Need To Hear

25 Birmingham Bands You Need To Hear

25 Neo-Soul and R&B Artists You Should Know 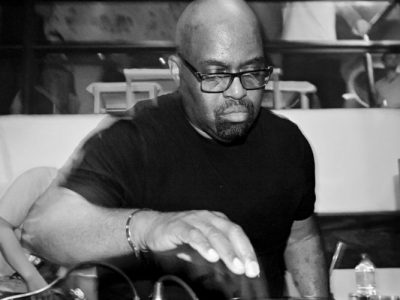