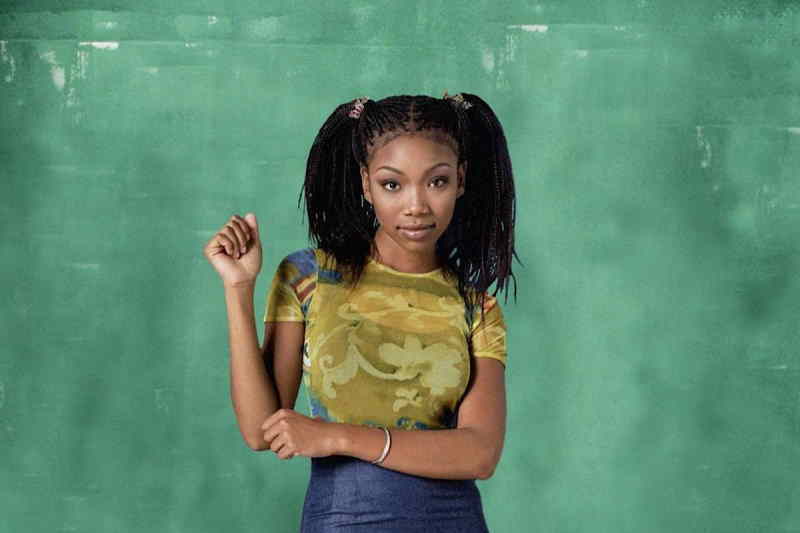 This list will introduce you to some of the very best 90s R&B love songs.

The 90s was a golden era for love songs. R&B was fast becoming one of the world’s favourite genres of music and from that, came some of the most iconic performers we still listen to today. Sometimes all it took was one song to shoot an artist into icon status.

From Mariah Carey to Usher to Boyz II Men, the 90s are responsible for some of the sultriest, smoothest romance records in your music collection, many breaking records that were previously held by the likes of the Beatles.

From Mariah Carey’s 1995 album Daydream, Fantasy expresses the singer’s desire for someone she can’t have but has overwhelming admiration for. The song features superb vocals from the whistle note intro to the throat-bursting belts which had critics across the globe in awe.

The track debuted at Number 1 on the Billboard Hot 100 chart where it remained for 8 weeks and refused to leave the top 40 for 23 weeks. ‘Fantasy’ was so popular, Billboard ranked it at Number 7 on their year-end chart for 1995, cementing Carey as an R&B artist and a strong contender among her peers.

Usher’s 1997 hit ‘You Make Me Wanna…’, from his album My Way, charted for an extraordinary 46 weeks, debuting at 25 and peaking at Number 2 for 7 weeks. The track endured a 71-week run on Billboard’s Hot R&B/Hip-Hop singles, the longest in history.   Across the ocean, the singer had more immediate success, entering the UK singles chart at Number 1.

The track, which talks about turning to another woman in a time of need during a rocky period of his relationship, was nominated for a Grammy and won a Billboard music award. One of the best 90s R&B love songs, and one of the best R&B songs of all time.

‘One in a Million,’ from Aaliyah’s 1996 album, expresses the singer’s adoration of her partner even though she was only 17 at the time of recording.

Taken under the wing of Missy Elliot and Timberland, Aaliyah’s brief but iconic career changed the R&B landscape for all future artists and is still named as an influence for many aspiring musicians.

‘One in a Million’ peaked at Number 25 on US Radio Songs and Number 15 on the UK Singles Chart. Unfortunately, the track couldn’t chart in the Billboard Hot 100 as it was released as a radio-only song.

4. Brandy and Monica – The Boy is Mine

‘The Boy is Mine

marks the first Number 1 collaboration between two women since 1979. Who better to break that record than Brandy and Monica, two highly talented, influential women of the 1990s.

This track gave both singers their first Number 1 hit and ended up being one of the longest running Number 1 singles in US chart history, staying in that top position for 13 weeks.

The tune is inspired by Michael Jackson and Paul McCartney’s 80s hit ‘The Girl is Mine’ and found popularity again more recently when it became a trend on TikTok.

The song is a classic and definitely amongst the best 90s R&B love songs.

Mary J. Blige is a name that certainly did not get lost in the 90s and is still a household name that many recognise today. With 9 Grammy awards and the title “Queen of Hip Hop Soul” to her name, Blige is brushing her fingertips on iconic status.

Her smash hit ‘Real Love’ taken from What’s the 411? (1992) became Blige’s first top ten hit entering the Billboard Hot 100 at Number 7 and the UK Singles Chart at 26. Although not the world-stopping chart topper some may think is deserved, Rolling Stone Magazine included the track in their list of 500 Best Songs of all Time.

SWV’s single ‘Weak’ topped the US Billboard Chart for 2 weeks selling over one million copies. The track, from their 1992 album It’s About Time, tells the story of a young person falling in love for the first time and certainly tapped into listeners nostalgia for their first love as it charted in the UK, Australia and New Zealand as well as the States.

Billboard ranked the song at number 72 on their list of 100 greatest girl group songs of all time, throwing it in with music industry titans such as Destiny’s Child, The Supremes and more recently, Little Mix.

‘Lady’ is one D’Angelo’s all time greatest hits. It expresses the deep admiration the singer has for his lover. The lyrics convey a sense of worry that others may be interested in his partner and his deep desire to keep her as his.

Taken from his 1995 album Brown Sugar, the song peaked at Number 10 on the Billboard Hot 100 chart and was nominated for a Grammy. Hip Hop artist Drake is clearly a fan of this ode to a woman as in 2018, he sampled Lady on his track March 14.

D’Angelo is one of the most influential R&B artists of all time, and this track is definitely amongst the best 90s R&B love songs.

H-Town’s debut single ‘Knockin’ Da Boots,’ from their 1993 album Fever for da Flavour, was one of the biggest R&B singles of 1993, according to Billboard. It topped the R&B charts for four weeks and peaked at Number 3 on the Billboard Hot 100 for 7 weeks.

‘Knockin’ da Boots’ talks about the singer’s desire to make love to their partner all night long, a typical theme for songs of this genre. The song sold over 1.1 million copies and was therefore certified platinum by the Recording Industry Association of America.

Tony! Toni! Toné!’s track ‘Feels Good’ samples elements from Lyn Collins’ ‘Think About It.’ Using vibes from the sample and their own R&B sound, the band created an instant 90s classic that fused R&B, pop and a classic New Jack Swing beat.

Embodying the elements that defined the era, ‘Feels Good,’ from the 1990 album The Revival, landed the group in the Top 10 for the first time and gave them two weeks at the Number 1 spot on the US R&B Chart.

Ghost Town DJ’s ‘My Boo’ is the only one-hit wonder on this list. This track is the bands only single released yet still made waves both upon release and more recently in 2016.

In 1996, the initial release year, the track only peaked at 31 on the Billboard Hot 100 chart, not a terrific entry. However, the song was made popular again more recently during an internet trend. The ‘Running Man Challenge’ reignited a flame under the song and it re-entered the charts, peaking at Number 27, beating it’s release entry 20 years later.

The track also did well in New Zealand, landing the Number 3 spot.

Boyz II Men were one of the biggest boy bands of the 1990s. It seemed for a while they could do no wrong producing hit after hit after hit.

‘On Bended Knee,’ a heartbreaking track about trying to win back a past lover, is arguably their most successful single. On its release, the band replaced themselves as Number 1, the first time the feat had been achieved since the Beatles.

The track stayed at Number 1 on Billboard Hot 100 for 6 weeks and also reached Number 2 on the Hot Singles Sales. An essential track from the era, and definitely one of the best 90s R&B love songs.

Destiny’s Child are one of the essential R&B groups of the 90s, and ‘Say My Name’ is one of their greatest hits.

The 1999 track won Grammy awards for Best R&B Song and Best R&B Performance by a Duo or Group with Vocals. One of the group’s most successful singles ever, ‘Say My Name’ topped the Billboard Hot 100, and reached the top ten in charts around the world.

Lyrically, the song is about infidelity. The premise of the song is that the female protagonist is on the phone to her lover, suspecting him of cheating. She asks him to say her name and say ‘I love you’ because she thinks he is with another woman who doesn’t know who she is.

13. Are You That Somebody – Aaliyah

As an icon of 90s R&B, Aaliyah makes the list twice. Nicknamed ‘The Princess of R&B,’ few artists had such an impact on the genre as Aaliyah.

‘Are You That Somebody’ introduced elements of funk to the artist’s characteristic R&B sound, and was a worldwide hit. The song reached number twenty-one on the Billboard Hot 100, and saw Aaliyah pick up a Grammy for Best Female R&B Vocal.

In the lyrics, Aaliyah declares her feelings for a boy, with the refrain running ‘’cause I really need somebody / tell me you’re that somebody.’ However, the lyrics also make it clear that the boy has to keep the romance secret, with the line, ‘you can’t tell nobody / I’m talkin’ ’bout nobody / are you responsible? Boy I gotta watch my back / ’cause I’m not just anybody.’

This list would not be complete without mention of TLC, one of the most iconic R&B acts of the 90s, and the best-selling ‘girl group’ of all time with over sixty five million record sales.

The 1995 song from their album CrazySexyCool topped the Billboard Hot 100, and reached the top ten in charts all over the world. The song is the group’s second most-successful track, behind the unforgettable 1999 single ‘No Scrubs.’

The lyrics of ‘Waterfalls’ are highly distinctive. The song expresses care and concern for a man who is living with HIV and struggling with drug addiction. The lyrics are tender, and the song’s allusion to HIV (‘three letters took him to his final resting place’) was radical for its time, making the song the first ever number one single to mention HIV.

The song’s big-budget video was hugely popular, staying at the top of the MTV Video Monitor chart for over a month.

15. Return of the Mack – Mark Morrison

‘Return of the Mack’ is one of the most successful British R&B songs of all time.

The track samples the beat of Tom Tom Club’s 1981 single ‘Genius of Love,’ and along with the distinctive nasal vocals of Mark Morrison, and mellow synth vibes, it is one of the most iconic 90s R&B love songs.

Lyrically, the song is a simple heartbreak song about betrayal and heartache, with an irresistibly catchy chorus, and slow groove.

The song charted in countries all over the world, reaching number two on the Billboard Hot 100 chart, and topped the UK singles chart.

One of the great hits from R&B and rap legend Lauryn Hill, ‘Doo-Wop (That Thing)’ has all the ingredients of an R&B masterpiece. A hip-hop beat, brass hits, hard rap bars, and a soulful hook that’s easy to sing along to.

The track topped the Billboard Hot 100, and was named ‘song of the year’ by Rolling Stone. It won a number of awards including the 1999 Grammy awards for Best R&B Song and Best Female R&B Vocal Performance.

The track comes from Lauryn Hill’s 1998 album The Miseducation of Lauryn Hill – one of the best-selling albums of all time, selling over twenty million copies worldwide.

17. I Will Always Love You – Whitney Houston

Originally written by Dolly Parton, the song Whitney Houston’s version was released in 1992 for the film The Bodyguard. The song sold twenty million copies, topping the charts in countries around the world.

Lyrically, the song is beautiful in its simplicity. The words are about letting a lover go, and wishing them the best, despite being rejected by them. Whitney’s stirring delivery of the powerful lyrics is what has made the song such a phenomenal success and one of the greatest love songs not just of the 90s, but of all time. 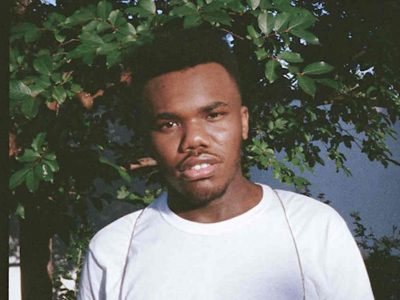 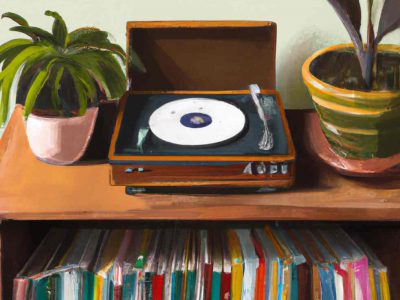 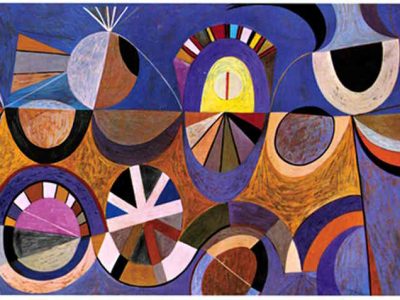