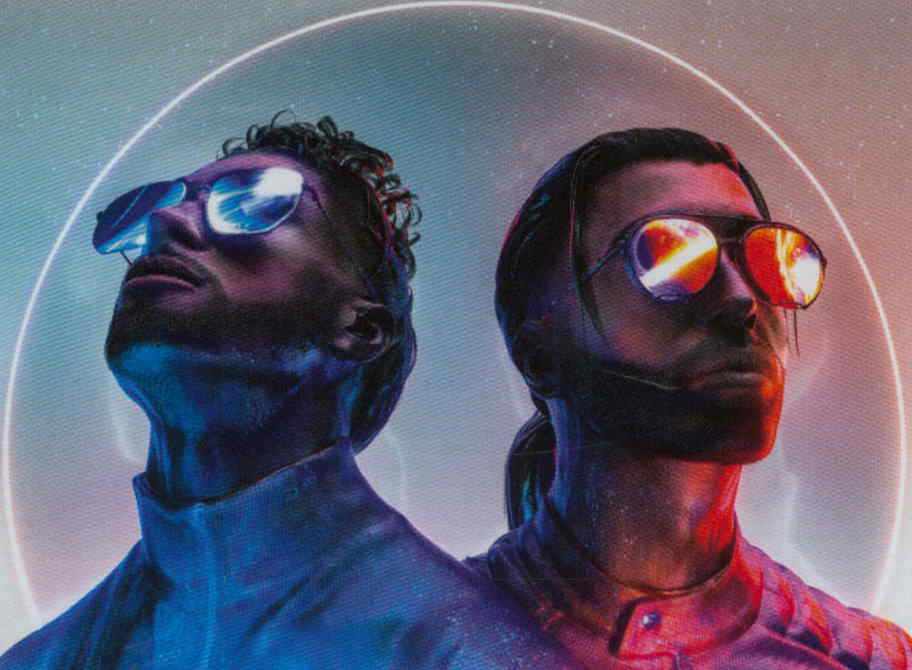 French rap took off in the 90s, several decades after its transatlantic counterpart. With its foundations in the sounds of American hip-hop, Paris and Marseille have been the major cities for the French rap scene.

From the boom-bap, socially conscious French rappers of the 90s, to cloud rap, afrobeats, and Algerian raï-inspired rappers today, this list will introduce you to some of the most influential and best French rappers you need to know.

PNL – which stands for Peace N’ Lovés – are one of the biggest names in French rap today. The duo is comprised of brothers Ademo (Tarik Andrieu) and N.O.S (Nabil Andrieu), who grew up on the outskirts of Paris.

The duo released a number of solo projects separately in the late 00s and 10s, before releasing their first single in 2014. Their debut 2015 album Le monde Chico sold 200,000 copies. Their second album Dans la légende reached number 1 in the French album charts, selling over a million copies worldwide.

The pair had a difficult adolescence. Their father spent eight years in prison at the Maison central, and their mother was also absent. Ademo served two sentences in prison for drug trafficking before the pair rose to success in music.

Achieving significant attention worldwide, PNL were scheduled to perform at Coachella in 2017. However, Ademo’s criminal record meant they were denied entry to the US.

PNL have been described as the first French rap group to use autotune and vocoder effectively, creating sonics that have seen their music described as cloud rap.

Check out their single ‘Au DD,’ which comes from their 2019 album Deux frères (‘Two Brothers’). The video features some amazing scenes shot in the Eiffel Tower.

NTM, also known as Suprême NTM, are amongst the OGs of French rap. Formed in 1989, they are amongst the founding fathers of the genre. Comprised of rappers JoeyStarr and Kool Shen, the name NTM derives from the French expletive, Nique Ta Mère.

In their lyrics, NTM were often politically-conscious, addressing issues of underprivileged groups in Paris, youth violence, police brutality, and racism. Often painted as trouble-makers by the establishment, the pair were actually anti-violence, as made clear in their hit ‘Pose ton Gun’ (‘Put down your Gun’).

Outside of the French-speaking world NTM may not be that well-known, but they released six albums via Sony Music Entertainment between 1991 and 2009.

NTM are legends of the French rap scene that you everyone needs to know about. Check out their epic hit ‘Laisse Pas Trainer Ton Fils.’

MC Solaar is widely-recognised as one of the best French rappers of all time. Born in 1969, of Senegalese and Chadian origin, his parents emigrated to France when he was a child.

Since 1991, MC Solaar has released 9 studio albums, with 4 of them going platinum and 2 going gold. His 2001 album Cinquième As went double platinum.

With a postgraduate degree in Philosophy, MC Solaar brought a decidedly literary angle on French rap as he burst onto the scene with his debut album Qui Sème le Vent Récolte le Tempo (1991). His poetic lyricism has seen him labelled the ‘Rimbaud of Rap.’

As well as being one of the most successful, and highest-selling French rappers, MC Solaar’s popularity has crossed over into the English-speaking world. In the 90s, he was signed to the British acid jazz label Talkin’ Loud, and played with the UK hip-hop band Urban Species.

Doc Gynéco is a controversial icon of French rap. Along with the likes of NTM, IAM, and MC Solaar, Doc Gynéco was one of the key figures who popularised French rap in the 1990s.

Bruno Beausir – the real name of Doc Gynéco – is mixed race, born to a Guadeloupean mother and white French father. He became known for his slick, ‘bad boy’ image.

Lyrically, he took a lighter stance than more ‘serious’ counterparts like NTM. Rapping about football, TV, girls, and drugs, his music was seemingly less political. However, Doc Gynéco attracted controversy through lyrics that promoted drug use, mysogyny, and a cavalier attitude towards suicide.

In 2006, Doc Gynéco shocked by coming out as a supporter of right-wing president Nicolas Sarkozy – a stance which has divided his fan base, and seen him lose a certain amount of respect in the hip-hop community.

Check out his all time greatest hit ‘Nirvana.’

Boasting over 10 million record sales, Booba is amongst the most commercially successful French rappers of all time. With a career spanning back to the late 90s, he remains one of the most popular rappers on the scene today.

Booba – real name Élie Yaffa – grew up in Paris to a Senegalese father and French-Belgian mother. He entered the world of hip-hop as a break dancer in the early 1990s.

Booba went on to enjoy an equally successful solo career, releasing 11 studio album between 2002 and the present, with Futur (2012) and Trône (2017) going three times platinum.

Check out his latest album Ultra 2021 for a taste of what Booba is up to today.

IAM are one of the most important groups in French rap. The seminal troupe formed the foundations of the genre along with NTM and others on this list in the early 90s.

The majority of the biggest names in French rap are associated with Paris. IAM were the first major rap group to emerge from France’s second city, Marseille – laying the foundations for a vibrant scene there in the years to come.

The group is comprised of five rappers, who mainly take their names from Egyptian kings – Akhenaton, Shurik’n, Khéops, Imhotep, and Kephren. Lyrically, the group often touch upon aspects of African and specifically Egyptian history and identity. These themes give the group’s music a distinctive political, socially conscious angle within the scene.

Thanks to a number of collaborations with American rap kings Wu-Tang Clan, IAM received a reasonable amount of attention in the English-speaking world. They have released 9 studio albums in French since 1991.

Freeze Corleone – real name Issa Lorenzo Diakhaté – is a French rapper whose music takes influence from drill and trap. Aside from his solo career, he is also the founder of Collective 667.

Born of an Italian mother and a Senegalese father, Freeze Corleone grew up on the outskirts of Paris. He now lives in Dakar, Senegal.

Diakhaté has been described as one of the most musically interesting European rappers on the scene today, incorporating elements of drill and trap into his music. However, his lyrics have seen him surrounded by controversy. His 2018 mixtape Project Blue Beam included references to several conspiracy theories that have seen him come under intense criticism.

After a string of mixtapes in the 10s, culminating in Project Blue Beam, Freeze Corleone dropped his debut album LMF (La Menace Fantôme) in 2020. The album was certified double platinum.

After an investigation by DILCRAH into anti-semitic sentiments expressed by the artist, Universal Music announced the end of their distribution arrangement with Diakhaté.

Oxmo Puccino is a French-Malian rapper and actor. A veteran of the scene, he is one of the most-respected names in French rap.

Born in Mali in 1974, Oxmo Puccino entered the French rap scene in the late 90s, dropping his debut album Opéra Puccino in 1998. He has since released 8 further studio albums.

Oxmo Puccino began his rap career as part of the rap collective Time Bomb, along with the likes of Booba. His poetic lyricism and stark portrayal of Paris life has seen Oxmo Puccino achieve international recognition in both the French and English-speaking world.

After signing to Blue Note, he formed the jazz backing band Jazzbastards to record his 2006 album Lipopette Bar – a fantastic jazz-hop record.

Soolking is an Algerian rapper and singer who draws on elements of pop, hip-hop, reggaeton, and raï (Algerian folk). He is one the most-streamed artists on this list.

Soolking – real name Abderraouf Derradji – spent some of his childhood in France, before returning to Algeria to join the rap group Africa Jungle.

He dropped his debut album Fruit du démon in 2018, which included his platinum-selling hit ‘Dalida.’ In 2020 he dropped the platinum album Vintage, followed by Sans visa in 2022. The latter touches upon his struggles with undocumented immigration.

Soolking has been an internet phenomenon worldwide, but his song Liberté became an unofficial anthem of Algerian youth protests against the government regime.

Along with PNL, Sofiane, Lacrim, and others, Soolking is one of a number of Algerian rappers making waves today in the French-speaking world and beyond.

The prolific rapper and producer Jul is one of the biggest names in French rap today. Breaking out of the boom-bap hip-hop style of production that dominated French rap for many years, Jul has been at the cutting edge of French rap over the last decade.

Born to a working class family in Marseille, Jul began rapping aged 12. He joined the local rap collective Ghetto Phénomène, before going solo with his debut album Dans ma paranoïa in 2014. The record went platinum, and Jul went on to release two more albums that year.

Dans ma paranoïa was the first of an astonishing string of releases. At the time of writing,he has released a further 18 studio albums since then, the majority of which have gone multi-platinum.

Jul is known for releasing a staggering amount of material, but more importantly, he is recognised for introducing new production techniques into French rap. His music features strong influences of cloud rap, trap, and afrobeats – which have resonated hugely with his French fanbase.

Naps is one of a number of Algerian-descent rappers who have exploded on the French rap scene in recent years.

Naps – real name Nabil Arlabelek – was born in Marseille and raised in one of the city’s largest housing projects. He began rapping at the age of 15 before forming the group Click 11.43 with fellow rappers KOFS and Sahime.

His 2015 album Ma ville & ma vie saw Naps showcase a club-friendly style of production pioneered by fellow Marsellais rapper and producer Jul. Autotune came to the forefront in his poppy 2017 breakout album Pochon blue.
Check out his hit single ‘6.3’ for a taste of his sound and delve deep with his 2021 album Les mains faites pour l’or. 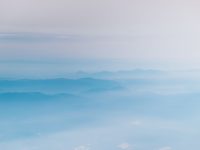 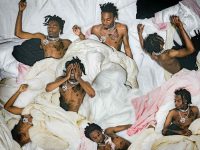