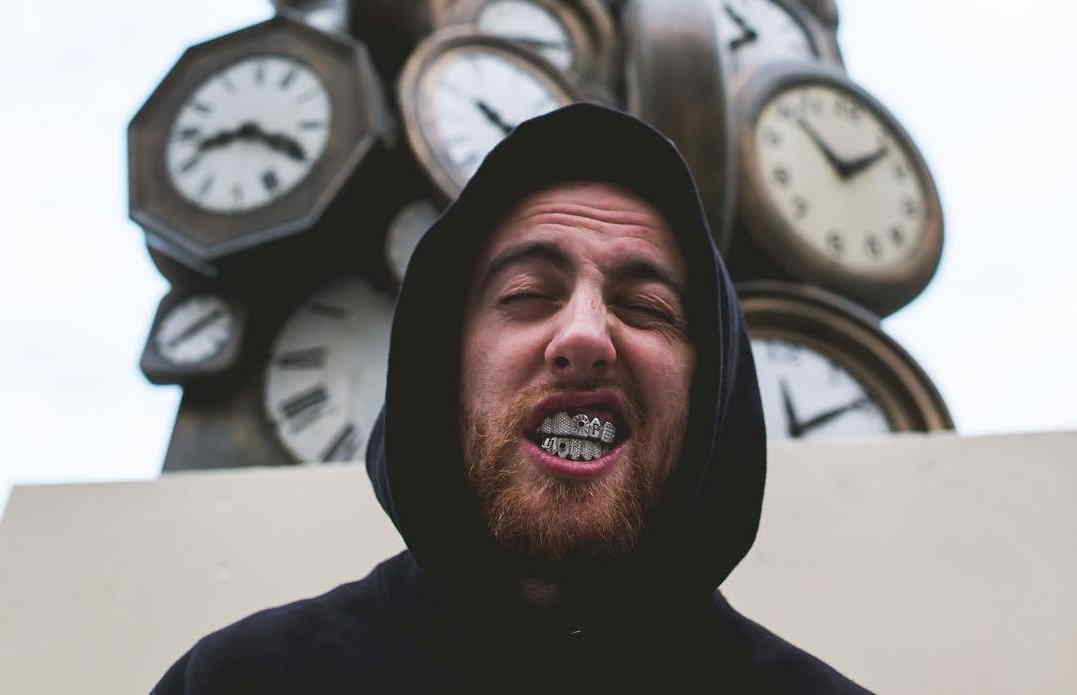 No one can replace Mac Miller. But if you’re a fan of Mac Miller’s music, then this list of artists like Mac Miller will guide you to some similar artists whose work you will enjoy.

Mac Miller was a musician whose sound developed significantly over his career. This list focuses on rappers who share the sophistication of Mac’s later work. Like Mac, these artists are amongst the most interesting and boundary-pushing rappers of our generation. Let’s dive in.

Frank Ocean is a truly iconic artist. His output has been minimal for several years now, which has only added to his mystique.

For fans of Mac Miller’s Circles (2020), Frank Ocean is about as close as you will get. Like Mac Miller does on Circles, Frank Ocean blends indie-ish, and even indie-folk guitar with rap and soul.

Frank Ocean’s Blonde album (2016) is the best example, and it’s essential listening for all fans of Mac Miller’s later work. Frank Ocean songs like ‘Self Control’ and ‘Seigfried’ were seminal in pioneering a style of melodic rap that meshed perfectly with minimal, atmospheric instrumentals.

If you’re a Mac Miller fan, and you’re not already on it – make sure to check out the albums Channel Orange (2012) and Blonde by Frank Ocean.

Earl Sweatshirt is one of the most-respected rappers of all time. All fans of underground rap will know him, and he should be familiar to Mac Miller fans thanks to his feature on Mac Miller’s ‘New Faces v2’ on Faces (2014).

Skirting the mainstream, Earl Sweatshirt is the ‘rapper’s rapper.’ He isn’t in the limelight as much as some of US rappers today, but he is revered by the best of the best.

Like Mac, Earl Sweatshirt isn’t afraid to talk about his issues in his music, without the need to show off. ‘Chum’ is a great example of his introspective, poetic lyrics, with no-nonsense production.

If you’re reading this and thinking that all the artists mentioned so far are far too obvious, then Quelle Chris is for you.

A little-known artist who has dabbled with a few different genres, Quelle Chris’s lyrics are thoughtful, introspective, and often humorous. He defies labels and genres somewhat, but his lyrics are always on point, and his beats always pop.

If you like Mac Miller’s later work, the chances are you will love this record. It also has a shed-load of great features on it from the likes of Pink Siifu, Earl Sweatshirt, and more. You won’t regret giving Quelle Chris a go.

Tyler, The Creator is one of the most influential rappers in the industry today. The founder of the Odd Future collective, which included Frank Ocean and Earl Sweatshirt amongst its members, Tyler is a hugely respected rapper.

Mac Miller fans may already be familiar with Tyler thanks to his feature on the rather misogynistic ‘O.K’ on Watching Movies with the Sound Off (2013) – perhaps not the finest work of either artist, but it happened.

The stunning Tyler, The Creator album IGOR (2019) is a fan favourite, and if you are only going to listen to one, probably the best Tyler record to check out. The song ‘EARFQUAKE’ is a modern classic, and definitely one of the best emo-rap tracks out there.

Make sure to also check out his track ‘See You Again’ off his 2017 album Flower Boy. The track blends melodic rap with cinematic, orchestral production and a melodramatic chorus from Kali Uchis.

Like Mac Miller did, Tyler, The Creator is always evolving. Essential listening for any hip-hop head.

Saba is one of the essential chill rap artists. If you enjoy Circles by Mac Miller, and the more chill moments on Swimming, then Saba will be right up your street.

An artist who is not afraid to delve deep, in his 2018 album Care For Me, Saba grapples with the aftermath of the murder of his cousin John Walt. The record was announced by NPR as their #1 Hip-Hop Album of the Year in 2018. The beautiful ‘BUSY / SIRENS’ from that record is one of Saba’s stand out tracks.

Blending soul, jazz, and rap, Saba’s thoughtful and reflective lyricism make him a stand out artist in the rap scene today. A guaranteed hit for Mac Miller fans.

If you’re into rap music generally, then you’ve undoubtedly heard Kid Cudi’s name. If not, then there’s a whole world to discover here. After signing to Kanye’s GOOD label the artist has gone from strength to strength.

One of the most influential rappers of the past two decades, Kid Cudi is another ‘rapper’s rapper.’ His Man on the Moon albums are widely recognised as seminal hip-hop records, which are characterised by bold, raw lyricism, as well as some of the most infectious hooks in modern hip-hop.

Chance the Rapper is one of the most successful independent rappers in the industry, as he is not attached to any label. His music is often uplifting, incorporating elements of jazz and gospel.

Chance’s 2013 album Acid Rap was something of a breakthrough for the artist. However, his follow up, Coloring Book (2016) really put Chance the Rapper on the map, picking up the Grammy Award for Best Rap Album.

Chance the Rapper is politically-engaged in his personal life, and his lyrics often reference elements of Christian theology and spirituality. This came through especially strong on his Coloring Book album, which heavily features Christian themes and gospel music references.

Check out his latest single ‘The Highs & The Lows’ featuring Joey Bada$$. A great artist to check out if you enjoy the more uplifting, calm vibes of Mac Miller’s Circles.

One of the lesser-known artists on this list, Smino is a must for anyone looking for more chill rap and R&B vibes in the vein of Mac Miller.

NOIR (2018) is a fitting follow-up, developing on the impressive instrumental and musical aspects of blkswn with some interesting and pleasant-sounding production.

Aside from his solo project, Smino is part of a power-trio with fellow chill/R&B artists Saba and Noname. He’s also the founder of the Zero Fatigue collective.

A guaranteed winner for anyone looking for chill rap artists like Mac Miller.

Anderson. Paak is an artist who should be on the radar of all Mac Miller fans. Mac Miller and Anderson. Paak share that deep sense of musicality that has seen them both transcend genres, pulling together some of the most diverse and interesting records of the past decade.

Mac Miller fans may be familiar with the Anderson. Paak song ‘Dang!’ which Mac features on. If you want to dig deeper – which you should – try starting with Anderson .Paak’s earlier material.

His 2016 album Malibu is extremely soulful, and features some excellent songwriting. Tracks like ‘Heart Don’t Stand a Chance’ and ‘The Season/Carry Me’ feature amazing headnod grooves in the vein of big Mac Miller tunes like ‘Ladders.’

More of a neo-soul or R&B artist than a rapper, Anderson. Paak is perfect if you’re looking for soulful artists like Mac Miller was in his later days.