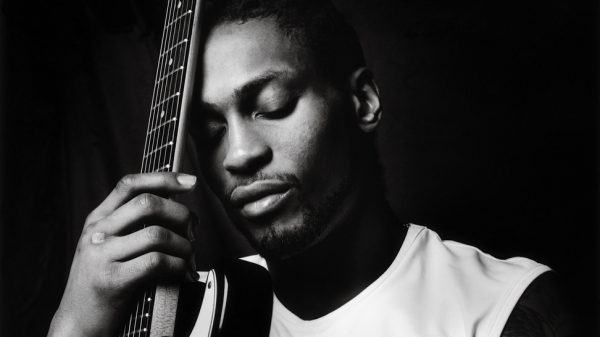 If you want to play beautiful neo-soul guitar chord progressions and riffs, there are a few things you need to know.

Guitar is the foundational harmonic instrument in many neo-soul, R&B, and lofi hip-hop songs, so it’s important to understand the basics. From there, you can embellish, experiment, and if you want, create your own sound.

In this guide, I extract the top tips from the best tutorials on the web. I recommend checking out all of the videos to dig deeper.

The chord progression is the most important thing to get right in neo-soul guitar. It trumps rhythm, melody, and any other musical element. Fundamentally, neo-soul chord progressions are characterised by the use of extended chords – minor 7 and major 7 chords in particular.

The easiest way to add a neo-soul flavour to any song is simply by taking a simple chord progression and adding in minor and major 7s. On top of this, you can add 9s and 11s to create some really lush sounds (explored below).

This video by Paul Davids demonstrates it nicely. He begins with a basic Em, G, C, F chord progression. Building up from that base, he builds a lush neo-soul guitar part by addings 7s, and then further embellishments.

Top tip: If you’re a DIY guitarist, try experimenting with moving the minor 7 and major 7 chords around the fretboard. Just moving a shape around can create some really interesting changes.

If you’re a DIY guitarist, try experimenting with moving the minor 7 and major 7 chords around the fretboard. Just moving a shape around can create some really interesting changes.

If you want to dig deeper and learn a few different types of soulful chord progressions, check out this video by Marco Cirillo, in which he demonstrates five different classic soul progressions.

The second progression Marco uses is especially interesting if you want to build out your theoretical knowledge. In the second chord progression, he uses dominant chords to build out a sophisticated, jazzy sound. Starting on an Emaj9, he moves to D dominant, D7#9, D7b9, Gm#7, Gm7, F#m7, and B11.

Marco also shows off some lush voicings that are great to know.

Hammer-ons, Pull-Offs, and Other Embellishments

Once you’ve build the harmonic foundations of your neo-soul guitar part, there are a few ways you can add some extra lushness and complexity to the sound. All of these are demonstrated beautifully in Rotem Sivan’s video below which is based around just two chords.

Rotem’s guide is great, as it starts from a very basic level with just two chords, and gradually dives deeper into the theory for more advanced players. Here are some of the top tips.

Hammer-ons and pull-offs are an extremely common embellishment used in neo-soul and R&B guitar. A classic example is to take an Am7 barre chord shape, and use your little finger to hammer on a fourth from the minor third you’re playing on the B string. However, there are endless ways to experiment with hammer-ons, and many of them sound good.

As you move around the fretboard, adding in an open string can open up some interesting harmonic options. It also makes it possible to have that sustained ring as you change chords.

Experiment with dropping out any 3rds, 4ths, or 5ths in your chords, and use just a root note and 7s, 9s, and 11s. These spacious voicings work especially well for a lofi hip-hop sound, and leave a lot of room for adding additional layers.

If you’re able to add multiple layers of guitar to an arrangement, simple chord inversions can add a lot of depth and lushness to your sound.