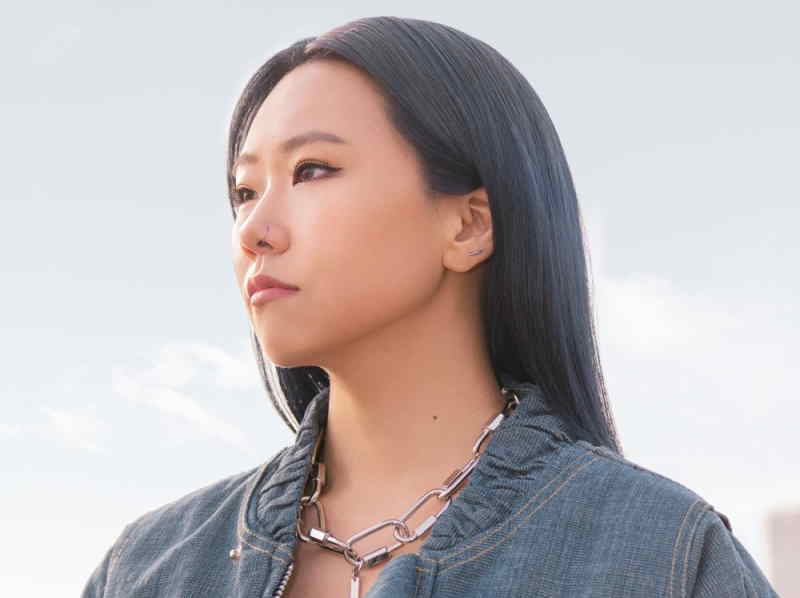 In the last decade, a swathe of Korean R&B artists have emerged from the country’s flourishing scene.

Until recently, Korean R&B has been most popular in South East Asia, spreading to countries including Thailand and Malaysia. However, as Korean artists have begun to collaborate with North American artists, Korean R&B is increasingly becoming recognised across the globe.

This list will introduce you to some of the most influential and best K-R&B artists who are making moves today.

Miso is the R&B project of Korean singer and rapper Kim Mi-so. The first ever Korean artist to be part of the Red Bull Music Academy, she has become something of a cult hero in the scene.

Formerly a member of the group GIRLS GIRLS, she released her debut solo album Miso All Access in 2017.

Her moody 2020 EP Metanoia is one of the best Korean R&B records out there. You’ll also want to check out her singles ‘Take Me’ and ‘Alone.’

Rad Museum is the alias of South Korean singer and producer So Jae-hoon, He is, without a doubt, one of the most boundary-pushing artists in Korean R&B.

His name comes from the idea of a museum, in which you find multiple art forms – as he explains it, ‘I like to express myself through multiple forms of art and don’t use just one form of artistic expression.’

Rad Museum has featured a number of other key players from the scene in his music, including the likes of DEAN, Colde, punchmello, and MISO.

Listen to his 2017 debut album ‘Scene’ for a whirlwind tour of his museum.

offonoff is the Seoul-based project of Colde and 0Channel. The duo bring together the best of singer Colde – who went onto become one of the best-known male Korean R&B singers as a solo artist – with the chill alt-R&B vibes of 0Channel.

The pair have released just one album, the 2017 boy. The sophisticated, jazz-inflected production places it amongst my personal favourite albums from the K-R&B scene.

The album features two great singles, ‘Cigarette’ featuring Tablo and MISO – one of the best Korean R&B songs out there – followed by ‘gold’ featuring DEAN. If you enjoy those tunes, then let that album play right through!

oceanfromtheblue is one of the most prolific Korean R&B artists. Since the release of his debut album Luv-Fi(2018) in 2018, he has released a staggering six albums in four short years.

The project of Kang Juwon, oceanfromtheblue (formerly OCEAN) describes his music as taking inspiration from the ocean – its vastness, blueness, and ever-changing nature. His music lies in the poppier, more polished end of the R&B spectrum.

Since dropping his debut single ‘I’m Not Sorry’ in 2015, DEAN has gone on to become one of the biggest names in K-R&B.

Describing his style as alt-R&B, DEAN is slightly towards the indie side of the spectrum, with tracks like his big hit ‘instagram’ offering those lofi R&B chill vibes.

DEAN’s success has also been aided by his Trans-Pacific collaborations, which include his track ‘Put My Hands on You’ with Anderson. Paak – who is himself half-Korean (little-known fact!).

Check out his COLORS session singing his track ‘love.’

Residing in Toronto, Canada, Emi Choi is one of the few artists on this list based outside of Korea.

Emi only has a handful of releases to her name, but they are all worth checking out. Start out with her singles ‘Stranger’s Sweater’ (2020) and ‘On Your Mind’ (2020).

CHAI is the alias of Korean-American songwriter and alt-R&B artist Crystal Yi (Korean name Lee Soo-jung). She first rose to success after winning SBS’s K-pop Star 5 competition, and has gone on to become an internationally recognised artist.

An artist who has achieved success in both the Korean and US scene, CHAI has released three solo albums, PINK (2018), PUNK (2019), and WINK (2021). These records feature some lush R&B production, with swirling detuned synths, down-tempo beats, and eccentric lyricism.

CHAI has collaborated across the Pacific more than other artist on this list. Along with JPEGMAFIA she features on Gorillaz track ‘MLS.’ Other collaborators include the likes of Mndsgn, and US rapper Ric Wilson.

Check out her track ‘God Be My Witness’ with Atlanta-based rapper Uzuhan for a taste of her music, and delve deeper with her latest album, the fantastic WINK.

Her Tiny Desk content (above) is also totally worth watching to get a feel for her wild live energy.

Kim Joo-young, better known as Jooyoung, is a South Korean singer-songwriter. Active since his debut release in 2010, he is one of the more established artists in the scene, and skews heavily towards the poppier end of the spectrum

Singing in English and Korean, his music shows subtle influences of American trap as well as R&B. Check out his single ‘Planet Girl.’

Colde is the alias of Korean singer Kim Hee-soo. A seminal artist within the Korean music scene, he has been credited for pioneering chill-hop music through his offonoff project.

After the success of offonoff, the Seoul-based artist went on to demonstrate his versatility under his solo moniker, Colde. Thanks to his COLORS session, Colde has been to receive exposure to a global audience.

Check out his neo-soul anthem ‘WA-R-R,’ and delve deeper with Love, Pt.1.

LambC is the downtempo R&B project of producer and singer Lam Kim. His tracks come with a dose of chill lofi beats, sweet falsetto vocals, and an interesting mixture of indie and pop elements.

He released his debut album I’ll see you when I see you in 2021. The record blends pop and R&B with emo sentiment and downtempo R&B production.

Check out the jazzy ‘Love like that’ and the acoustic ‘Dear Caramel.’

Singer and rapper Zion.T is one of the best-known Korean male R&B artists on the scene.

The project of Kim Hae-sol, Zion.T has released one album, Red Light (2013), as well as three EPs. He has worked with a number of big names within Korean popular music, including rappers G-DRAGON and Zico.

His best release comes in the form of his 2017 EP, OO. Check out the chic, bossa nova inspired ‘Cinema,’ the summery anthem ‘Sorry,’ and his soulful collab with G-DRAGON, ‘Complex.’

Punchnello is one the essential names in Korean R&B. The rapper and singer released his debut EP ordinary 2019. He went on to win the South Korean rap contest Show Me The Money 8 in the same year.

Punchnello’s music skirts the realms of hip-hop, trap, and R&B. His excellent 2019 EP glides between from soulful, chill, indie K-R&B in tracks like ‘homesickness’ to aggressive, screamy hip-hop in ‘Absinthe.’

Working with 0channel – the producer of offonoff – ordinary is an impressive and varied record, showcasing Punchnello’s rapping ability and musicality. Recommended listening at the grittier end of the spectrum.

sogumm is the alias of Korean singer Kwon So-hee. After entering the scene with Balming Tiger, she released her debut single as a solo artist in 2019.

Her eclectic style is exemplified in the off-kilter ‘yayou hoi,’ blending pop hooks with richly wild and experimental production.

To date, sogumm is slightly more underground than some of the artists on this list. However, with releases like ‘yayou hoi’ and ‘I wonder’ under her belt, and having received support from the likes of Jay Park, it may just be a matter of time before sogumm’s music reaches a significantly wider audience.

Jay Park is one of the biggest names in popular Korean music. Born Park Jae-beom, Jay Park is an America of Korean descent, and he has been instrumental in bringing hip-hop and R&B to a wider audience within South Korea.

The first ever Asian artist to sign to Jay-Z’s Roc Nation label, Jay Park is globally recognised. He is one of the best-known and most successful Asian rappers in the world today.

Jay Park is a hip-hop artist first and foremost, so his music may not be of interest to all K-R&B fans. However, many of his tracks have a strong R&B element. Check out his R&B/soul-tinged hits ‘GANADARA’ and ‘All I Wanna Do.’