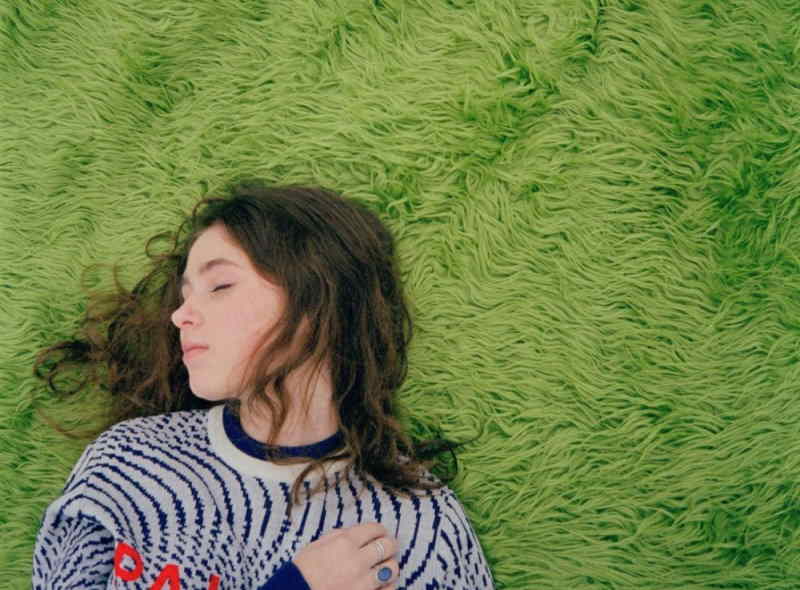 Bedroom pop is a genre that is more about its philosophy than its sound. Chiefly defined by the fact that it’s recorded in an artist’s bedroom, bedroom pop is intimate, personal, and DIY.

Although the ‘feel’ and the context of the music are the most important feature of bedroom pop, there are a few common musical characteristics that typify the genre. Bedroom pop is often downtempo, featuring guitars, simple melodies, and soft vocals, with psychedelic and dream pop influences creeping in for many artists.

As a primarily internet-based genre, a number of bedroom pop artists rose to success thanks to YouTube algorithms. The genre also grew over the lockdowns of 2020 and 2021 as many artists were confined to their bedrooms, where they turned to music for both distraction and self-expression.

This list will introduce you to some of the best-known bedroom pop artists on the scene today. Let’s go!

Far Caspian is the project of Irish multi-instrumentalist and bedroom producer Joel Johnston. His dreamy, atmospheric sounds are characterised by reverb-doused vocals, guitars and pianos, and boast slicker than average production qualities for the genre.

With a sound palette comprised of mostly acoustic instruments, his lush arrangements blend elements of indie folk with ambient and minimalist music.

Check out his synthy, dream pop single ‘A Dream of You,’ and delve further with his 2021 album Ways To Get Out.

The downtempo, lofi indie sounds of RICEWINE encapsulate the sound that most people associate with bedroom pop.

Tune in for minimal drama and dreamy, sleepy, subtly psychedelic vibes. ‘Maybe’ epitomises his super chill sound, which you can explore further in his 2020 album, Lovesick.

LA-based songwriter and producer Ralph Castelli is one of the foremost names in bedroom pop. His intimate sounds and lyrics are captured perfectly in his popular 2019 single ‘Morning Sex,’ with its languid, detuned synths, and sensual lyricism.

‘Morning Sex’ opens Ralph’s 2019 EP Long Distance. Check out the whole record to indulge in those lazy, intimate, and subtly melancholic sounds that are often at the core of the bedroom pop aesthetic

Brad stank’s music represents a great deal of everything there is to love about bedroom pop. His gentle, baritone vocals, against the backdrop of jazz-inflected guitars and lofi production make for stunning slow jams.

Earlier records such as cult favourite 2018 Eternal Slowdown showcase a dreamy, ‘bedroomy’ lofi sound. Stand out tracks include the gorgeously warm and sensual ‘Flirting in Space.’

Brad stank is an essential artist for any bedroom pop fans. I recommend spending some time with both Eternal Slowdown and Kinky Om.

Clairo is one of the biggest names in bedroom pop, with her music travelling from the walls of her bedroom to the stages of Coachella. With over 10 million monthly listeners on Spotify, it’s fair to say that bedroom pop doesn’t get much bigger than Clairo.

‘Pretty Girl’ is the 2017 single that saw Clairo blow up online. With its unmistakable lofi production and almost childlike synth melodies and comping, the track is pure bedroom pop gold. Other early hits like her 2017 ‘Flaming Hot Cheetos’ continue on a similar theme.

Her 2021 album Sling is a few strides away from her earliest releases. Leaving behind the teen vibes of her 2017 singles, her latest album offers a more sophisticated and much more polished sound, that nonetheless retains the gentle, whispering tones that will be familiar to her early fans.

beabadoobee is Philippines-born, London-raised artist Bea Kristi. You’re probably familiar with at least one of her songs, whether or not you know it.

Her viral hit ‘coffee’ is one of the best-known bedroom pop songs of all time, thanks especially to the remixed version with Powfu which samples and cleans up the extremely lofi audio of the original.

Her simple, confessional song-writing style, often built around gentle acoustic guitar arrangements, has seen her music resonate massively with a Gen-Z fan base. Check out the sweet and sentimental ‘Dance with Me’ for a taste of beabadoobee’s decidedly DIY bedroom pop tones.

Girl in Red is the project of Norwegian singer songwriter Marie Ulven Ringheim. Her gentle indie sounds and lyrics focused on romance and mental health made her one of the big bedroom pop lockdown artists at a time when much of many people’s lives were lived alone in their bedrooms.

Drawing on elements of dream pop and indie, with hints of artists like Lourde peeping through, girl in red has become one of the world’s best-known bedroom pop artists. Check out her iconic 2018 songs ‘i wanna be your girlfriend’ and ‘we fell in love in october’ which perfectly capture the lofi, intimate aesthetic of bedroom pop.

Their 2016 single ‘Pope Is a Rockstar’ epitomises the sound of lofi bedroom pop with its simple vocal melody, jangly electric guitar, and minimal lofi drum beat.

Staying true to their DIY, underground origins, all SALES releases have been self-released. This has not stopped them receiving critical acclaim from the likes of Pigeons and Planes, and becoming one of the most-streamed bedroom pop artists on Spotify.

Awfultune is the project of New York singer-songwriter Layla Eden. Characterised by lofi and at times eccentric production, her lyrics explore intimate themes of romance and her experiences as a transgender person.

The chaotic and disparate artwork that accompanies awfultune’s music captures the DIY aesthetic of the sound, which blends ambient recordings of phone calls with elements of indie pop and bubblegum pop. ‘I Met Sarah in the Bathroom’ is a standout track.

Gus Dapperton is one of the biggest names in bedroom pop. His hazy, dreamy sound has seen comparisons with Mac DeMarco and King Krule.

Top tracks include the jaunty, quirky, ‘Prune, You Talk Funny’ and ‘I’m Just Snacking.’ His 2020 album Orca offers a more polished sound that nonetheless stays true to the atmospheres of his earlier releases.

Phum Viphurit is a Thai singer-songwriter. He is the first indie artist from Thailand to achieve major commercial success in the West.

Phum’s music draws on elements of indie pop and neo-soul to create a down-tempo, laid-back sound that slots seamlessly into the bedroom pop niche. His gentle vocal delivery, combined with tender indie pop sonics has seen him build a significant fan base in the UK and the US.

Check out his funk-inflected ‘Hello, Anxiety.’ Explore further with his 2017 debut album Manchild.

Hailing from Montreal, Quebec, Men I Trust are not easy to define in terms of genre, but it’s clear that they are popular with bedroom pop fans.

Their 2017 album Oncle Jazz is filled with back-to-back dreamy bangers, with highlights including the moody ‘Norton Commander’ and the mysterious and sprightly ‘Seven.’ A band that should be on every bedroom pop fan’s radar.

Jakob (formerly Jakob Ogawa) is a Norwegian singer and producer and pretty much an icon of the bedroom pop scene.

Jakob’s music offers soft, honey-sweet vocals over warm, lofi beats and jazzy chord progressions – in a nutshell, the epitome of the jazzy end of bedroom pop. His 2017 EP Bedroom Tapes has become one of the genre’s essential records.

On the more indie end of the spectrum, check out his collaboration ‘You Might Be Sleeping’ with Clairo. A truly essential bedroom pop artist.

HOMESHAKE is the project of Montreal songwriter and producer Peter Sagar. His synth-heavy sound draws on a wealth of influences to create a nostalgic, lo-fi, R&B-infused sound with a psychedelic bedroom pop feel.

Sagar’s simple, soft vocals on a bed of interweaving synths and bluesy bass lines create sensual yet melancholic moods. ‘Call Me Up,’ the second track from his third album, the 2017 Fresh Air is a great gateway. If you enjoy ‘Call Me Up,’ then just let that record play the whole way through.

His follow-up 2019 album Helium is darker, more melancholic, and more introspective – and equally as worthy as the excellent Fresh Air. An essential bedroom pop artist for anyone with even a passing interest in the genre.

inifinite bisous is the project of Paris-based English musician Rory McCarthy. Relatively little-known as a solo artist, McCarthy has appeared on stage with greats including Connan Mockasin, Mac DeMarco, and Charlotte Gainsbourg.

Check out ‘Teenage Sex’ to get a feel for his sound. For further listening, dive into any one of his albums – each one really is a treat.

Cuco is one of the most-recognised names in the bedroom pop scene. The Mexican-American producer and singer-songwriter has a dreamy, nostalgic sound with a psychedelic feel, and intimate lyrics both sung and rapped.

His brilliant single ‘Lo Que Siento’ – which is approaching a staggering quarter of a billion streams on Spotify – has all the qualities needed to bring a bedroom pop anthem to a wider audience. The track has the intimacy and atmosphere of the best bedroom pop songs as well as next-level production.

His 2017 album Songs4u is a great place to dig deeper into his sound.

The stunning ‘Gap in the Clouds’ offers a downtempo Charles Bradley-eqsue feel that has the sound of a classic soul track. All the while, Yellow Days’ production features minimal, almost lofi beats, along with the warbly guitars beloved by the genre.

If you like your bedroom pop with a healthy dose of soul, then it doesn’t get much better than Yellow Days. Tune into his earlier records such as the 2016 Harmless Melodies for a more bedroomy feel.

boy pablo is one of the best-known bedroom pop artists, blending all the good bits of pop and indie in big nostalgic anthems.

The project of Chilean–Norwegian musician Nicolas Muñoz, the video for his song ‘Everytime’ became a viral sensation thanks to the YouTube algorithm. He independently released EPs Roy Pablo (2017) and Soy Pablo (2018), before releasing his debut studio album Wachito Rico in 2020.

One of Norway’s biggest ever indie artists, and a poster boy for the bedroom pop scene, boy pablo is essential listening for anyone who wants to dig into the genre.

Still Woozy is the project of Californian artist Sven Eric Gamsky.  His genre-bending brand of bedroom pop draws on elements of lofi, R&B, and neo-soul.

Still Woozy’s light, summery sound draws comparisons with the likes of neo-soul legend Nick Hakim, or even Sufjan Stevens in his happier moments – with an extra pinch of that DIY, homemade, intimate feel.

With nearly 5 million monthly listeners on Spotify Still Woozy is amongst the bigger artists on this list. Check out his extremely pleasant 2021 album If This Isn’t Nice, I Don’t Know What Is.

If you enjoy Puma Blue’s songwriting, make sure you also delve into his brilliant 2019 live album on his own. (Live at Eddie’s Attic, Atlanta) for a beautifully delivered, intimate experience.