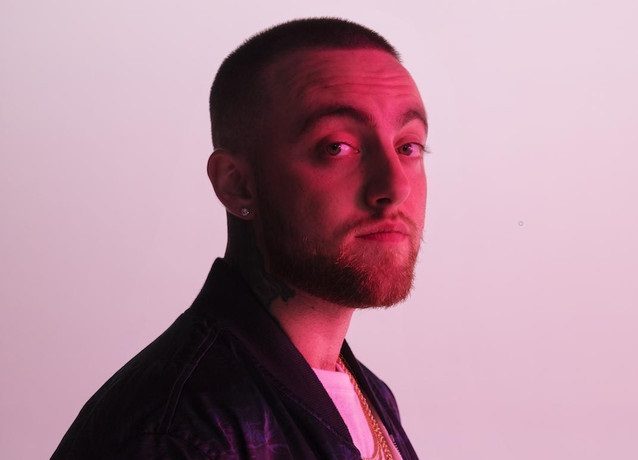 Since his untimely death in 2018, Mac Miller has gone down in history as one of the great rappers of our generation. In his relatively short career, Mac’s music developed significantly from the ‘frat rap’ days of K.I.D.S (201) to the tender and introspective Circles (2020).

This list provides an overview of the best Mac Miller albums, taking into account the reviews of critics from Pitchfork, user scores from Album of the Year, and fan forums including Reddit.

Album of the Year User Score: 57

Few Mac Miller fans rate Blue Slide Park, but as his debut studio album, it’s gotta go on the list. The record reflects a rapper at the beginning of his career and yet to find a distinctive voice.

The album famously received a scathing 1.0 score from Pitchfork. Nonetheless, the record sold 145,000 in its first week, shooting straight to number one. Check out the singles ‘Smile Back,’ ‘Frick Park Market,’ and ‘Party on Fifth Avenue.’

Album of the Year User Score: 65

Mac’s fifth mixtape Best Day Ever is not a particularly stand-out record for the artist, with few fans or critics counting amongst his best. However, the mixtape notably featured his bro-down single ‘Donald Trump,’ which charted on the Billboard Hot 100, reaching 75.

Not a record to really go down in history, but an important stage in Mac’s development.

Album of the Year User Score: 73

While Blue Slide Park was criticised by some for not featuring any other rappers, Mac Miller’s mixtape Macadelic saw him feature a whole host of collaborators, including Kendrick Lamar, Lil Wayne, Joey Bada$$ to name a few.

The mixtape featured the hit single ‘Loud,’ which was a certified gold single, selling over half a million copies. Complex named the record the 50th best album of 2012.

Album of the Year User Score: 74

The title of the record is a reference to the 1995 film Kids, which Mac quotes at various points. The mixtape is full of youthful vigour, offering a counterpoint to his later, more reflective music.

Album of the Year User Score: 77

Mac’s second studio album represented a big step forward in his sound and lyricism. In an interview with Complex Mac described the record as ‘very introspective and very personal so it’s kind of throwing it all out there and seeing what happens.’

With guest features from Earl Sweatshirt, Tyler, the Creator, and others, the record showcased a much more sophisticated, psychedelic-influenced sound. The album received generally positive reviews, with Pitchfork giving it a 7.0. Highlights include ‘Objects in the Mirror.’

Album of the Year User Score: 78

A cohesive and nicely produced record, at 70 minutes, the album was nonetheless criticised by some for being overly long. Pitchfork gave the album a 7.3. Check out the hit single ‘Weekend’ featuring Miguel.

Album of the Year User Score: 73

Mac’s fourth album The Divine Feminine demonstrated further progression in his sound, as he delved into the subject of love and relationships. Sonically, the record saw Mac bringing in elements of R&B and jazz.

The record is about Mac’s relationship with a number of women, and chiefly with Nomi Leasure, who dated on and off for several years. Ariana Grande, who was Mac’’s girlfriend at the time the record was released, later said that ‘Cinderella’ was about her.

Whilst a generally well-received record, critics highlighted that while the record was Mac’s most listenable yet, the lyricism lacked sophistication, and didn’t do the best job of honouring the female gender. Pitchfork gave the record a 7.8.

Album of the Year User Score: 85

The Faces mixtape which preceded The Divine Feminine is a firm fan-favourite. The record, which is Mac Miller’s eleventh mixtape, was re-released in 2021 on vinyl and streaming platforms.

Riddled with references to death and mortality, the mixtape concludes with ‘Grand Finale,’ which Mac once claimed he thought would be the last song he made on Earth. During the recording of the record, Mac was taking drugs daily – a struggle which is reflected variously throughout the record.

Highlights from the mixtape include ‘Colors and Shapes’ and ‘Here We Go.’ There are few Mac fans who would omit this record from their top Mac Miller albums.

Album of the Year User Score: 82

Mac Miller’s sixth album was released posthumously by his family in January 2020. The record showcases a whole new level of maturity, both lyrically and sonically.

Touching on a huge swathe of genres, Circles has elements of hip-hop, funk, R&B, and even indie folk creeping in. Aside from a few higher-energy moments, on the whole, the record is downtempo and soft-sounding.

Lyrically, the songs reflect themes of safety, contentment, and self-discovery. It’s a great listen for any time of day, and any day of the week.

The record was awarded a stingy 3.5 by Rolling Stone, but a 7.4 by Pitchfork, and 5 stars from the Independent. To me, it was probably the best album released in 2020. Highlights from the record include ‘Blue World,’ ‘Good News,’ and ‘Woods.’

All in all, there’s probably no one who wouldn’t include this in the top three best Mac Miller albums.

Album of the Year User Score: 79

Mac’s fifth studio album Swimming demonstrated yet another step forward from The Divine Feminine. Swimming saw Mac experiment even more with genre, all the while developing a more self-aware lyricism.

Incorporating aspects of neo-soul, the record includes many of Mac Miller’s best songs, from the synth-funk classic ‘What’s the Use,’ to the irresistibly buoyant ‘Ladders.’ The record also includes sweet and self-reflective moments in the form of ‘Wings’ and the beautiful ‘2009.’

It’s hard to reach a real consensus on the number one best Mac Miller album, but almost all fans will agree that Swimming sits safely in the top three. Pitchfork gave the record a 7.5, but with no major publications giving the record more than 4 stars, it’s fair to say that this record meant more to fans than critics.

Combining brilliant production with expert songwriting, and witty and vulnerable lyrics, there are many reasons why this record is regularly ranked number one by fans.

You may also like: 22 Best Mac Miller Songs Ever