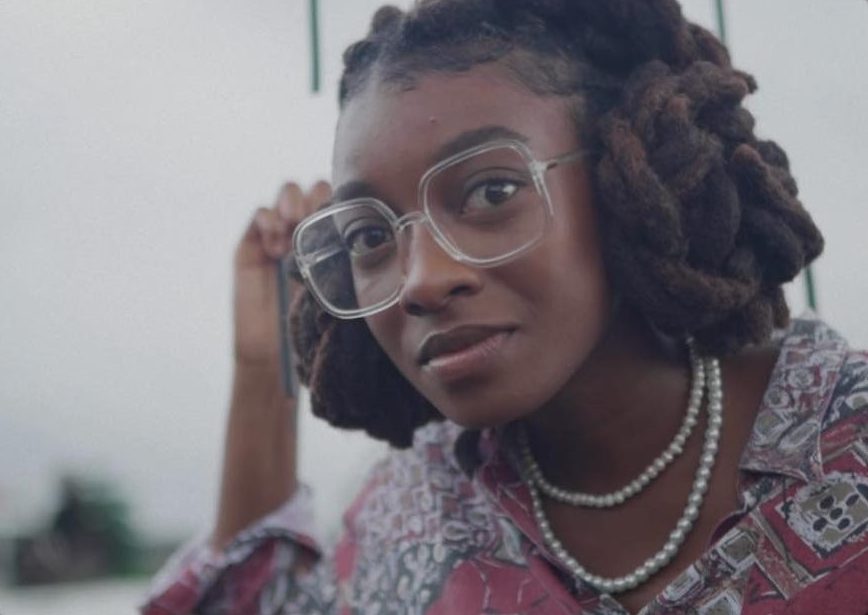 Black British singers hold many of the top spots amongst the country’s most loved, most successful, and most pioneering music artists. From grime, to gospel, to R&B, this list highlights some of the male and female black British singers and musicians you need to know about – both new and old.

Michael Kiwanuka is a black British singer-songwriter who has been steadily rising to ‘icon’ status over the last decade. His expansive and distinctive sound is difficult to pin down, taking cues from pop and soul.

His Mercury Prize-winning 2020 album Kiwanuka was his best yet. It’s a stunning record that seems to transcend generations – you can imagine it coming out of the 1970s, and you can be equally sure that people will still be loving it in 2070.

Stormzy is one of the most successful UK rap artists of all time, and without a doubt, one of the best known black British artists of this generation. From his first sensation ‘Shut Up,’ Stormzy has gone on to win numerous awards including at the Brits and MOBOs.

From his origins as a grime artist, his music has seen him traverse the spectrum of UK hip-hop, and in more recent times, gospel. A living legend who’s making an impact globally.

The rise of Little Simz has been parabolic, with her recent album seeing her make significant in-roads into the US. The black British singer, rapper, and actress draws influence from grime and UK hip-hop, as well as incorporating significant experimental aspects in her music.

Of her four studio albums to date, the 2021 Sometimes I Might Be Introvert has received international acclaim. Without a doubt, Little Simz is making a name for herself as one of the great female black British singers of our generation.

Kojey Radical is a rapper, musician, and poet, whose music incorporates elements of hip-hop, R&B, and neo-soul. The artist has garnered huge respect in the underground scene especially, with his 2016 album 23Winters standing as a stunning example of his pioneering experimentalism and artistry.

Breaking away from the tropes of UK hip-hop with his sophisticated production and lyricism, Kojey Radical is one of the most boundary-pushing black British musicians active today.

Alternative jazz and neo-soul artist Ego Ella May (pronounced ‘eh-go’) is one of the most exciting emerging black female singers in the UK today.

A stalwart of London’s contemporary jazz scene, Ego Ella May has been prolific in her releases in recent years. If you’re yet not familiar, try out her lilting single ‘Give A Little,’ then dive into her 2021 album Honey for Wounds.

Best-known as the singer of the trip-hop group Morcheeba, Skye Edwards is a legend of the late 90s and early 00s UK music scene.

Morcheeba’s 1998 album Big Calm stands as the band’s most popular album, but recent releases including the 2021 Blackest Blue have a huge amount to offer for fans of the downtempo and trip-hop sound. A legendary black British singer with a stunning voice.

Ms Dynamite is one of the most-loved artists of the 00s UK hip-hop and R&B scene. The winner of numerous Brit, MOBO, and Mercury Awards, the British singer and rapper’s best-known track is the unmistakable ‘Dy-Na-Mi-Tee.’

But Ms Dynamite is not just a one-hit-wonder. Her Mercury Award-winning 2002 album A Little Deeper is an education in the sounds of UK hip-hop and R&B. Little known fact – Ms Dynamite is the older sister of rapper and activist Akala.

Macka B is a legend of UK reggae. The singer, songwriter, and activist is known for blending powerful political messages with light-hearted, feel-good reggae beats. His extensive discography includes over 25 studio and live albums.

Going strong since the mid 80s, one of Macka B’s most popular records came in the form of the 2017 Health is Wealth album, in which he extols the benefits of a vegan and ital diet. The cheeky ‘cucumba’ is an absolute classic!

One of the most sensational female black British singers active today, Celeste’s gorgeous 2021 single ‘Strange’ saw her earn significant acclaim. Taking cues from jazz greats like Aretha Franklin and Ella Fitzgerald, her 2021 album Not Your Muse is something special.

Whether you know it or not, you will have probably heard her pop anthem ‘Stop This Flame.’ An amazingly versatile singer and musician who is on to great things.

Taking her cue from alternative R&B and soul greats like Erykah Badu and Lauryn Hill, Mahalia has pioneered a distinctly British take on pop-infused R&B. The British Jamaican singer, songwriter, and actress broket hrough with her 2017 performance of ‘Sober’ on Colors.

Her accolades include nominations for Brit, Grammy, and MTV awards. Check out her 2020 lockdown EP, Isolation Tapes for a taste of her super soulful sound.

Roots Manuva is one of the great British rappers and alternative hip-hop artists of the 00s. His big single ‘Witness’ became an underground anthem, with collaborations with the likes of Gorillaz, The Cinematic Orchestra, and Nightmares on Wax further cementing his reputation as one of the most innovative rappers of the period.

Hailing from a poverty-stricken, Pentecostal home in Stockwell, London, the artist went on to release 9 studio albums between 1999 and 2015.

The moody and melancholic sounds of alt-R&B artist KeepVibesNear have seen his underground following steadily grow since his debut single in 2018.

Describing his music as ‘noir R&B,’ take a listen to his mellow, late-night-vibe 2021 EP Now That We Know, and you’ll see why. An emerging artist who is definitely one to watch.

Dave is one of the most successful black British rappers of recent years. The winner of numerous Brit and MOBO awards, his major hits include the 2021 ‘Starlight,’ and the 2019 ‘Location’ featuring afrobeats luminary Burna Boy.

Known for his socially conscious lyricism, the British-Nigerian’s music combines elements of UK hip-hop, grime, and afrobeats. Check out his heartfelt and technically impressive 2021 album We’re All Alone In This Together.

Jorja Smith is a true rising star in the UK’s music scene right now, and one the most-streamed female black British singers on Spotify. Drawing on elements of neo-soul, jazz, and pop, her smooth and soulful vocals are displayed wonderfully on her 2021 single ‘Nobody But You.’

Her biggest hit to date remains the 2019 ‘Be Honest,’ featuring Nigerian afrobeats superstar Burna Boy. Delve deep with her 2021 album Be Right Back.

Dizzee Rascal is one of the most famous and most critically acclaimed UK rappers and grime artists of all time. He has been awarded an MBE for his contribution to music.

With huge tracks including ‘Bonkers,’ Dance Wiv Me,’ and ‘Fix Up Look Sharp,’ Dizzee took grime to a mainstream audience. His 2003 Mercury award-winning Boy In Da Corner remains an essential grime album.

Enny’s rise was a propelled the release of her 2020 single ‘Peng Black Girls,’ and especially the remix of the track featuring Jorja Smith. Of Nigerian heritage, Enny grew up in Thamesmead, South East London. With a background in film, she currently works with Hackney-based collective Root 73.

Her debut album Under Twenty Five dropped in 2021 and solidifies her sound. Check out ‘Malibu,’ featuring Manchester rapper KinKai.

Nao has been on the rise for some years with her sound developing and changing significantly over the years. From her early, lofi ‘wonky funk’ days, Nao’s sound today is polished, evoking the sounds of 90s R&B, but with fresh hints of afrobeats creeping in.

The uplifting and summery ‘Drive and Disconnect’ was one of Nao’s breakthrough tracks. Her 2021 album And Then Life Was Beautiful went on to receive critical acclaim with NME rating it 5/5, as well as Grammy and Mercury nominations.