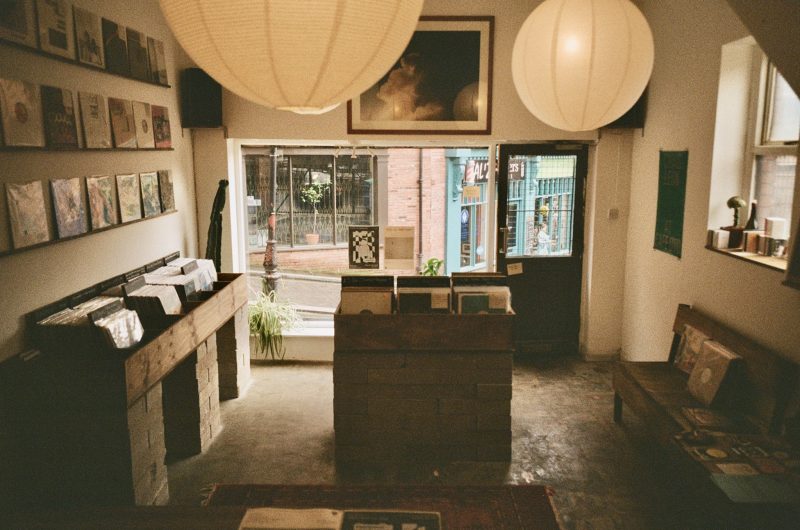 There are two main things you need to know about the different types of vinyl records. The first thing is the record size, and the second thing is the record speed (‘revolutions per minute’ or ‘RPM’). This article explains the main differences between all common record types.

The 7” is the smallest record, most commonly used for singles. With a larger hole in the middle, these records were used in duke boxes. Due to the small size, 7”s only contain a few minutes of music.

The most common playback speed (RPM) for 7” is 45. Sometimes referred to as simply a ‘45,’ singles typically contain only one track on each side of the record, no longer than 4 and a half minutes per side.

You can sometimes find 7” EPs which are to be played at 33⅓ RPM. Due to the faster speed, each side of a 7” EP may contain up to 7 minutes of music.

The 10” is an old and rare record size, and cannot be played on many record players. 10” records are typically played at 78 RPM, and hold about 3 minutes of music on each side.

In the early days of vinyl, records were played at many speeds, until the industry standardised

The larger size of the 12” means that the vinyl can contain much more music, with around 15 minutes on each side. This makes 12” the perfect size for albums.

It is also possible to get 12” singles, which are popular with DJs today. These will generally contain just one track on each side. Some audiophiles will argue that 12” singles have the best sound quality and dynamic range.

As a general rule, record sizes and speeds go together. Most 7”s are 33⅓ RPM, and most 12”s are 45 RPM. However, there are some exceptions.

It was Columbia Records who popularised the ‘33’ LP in the 1950s. This new record format meant that each side of the record could hold four or five songs.

The vast majority of records played at 33⅓ RPM are 12” LPs. However, some 7” EPs are produced to play at 33⅓ RPM. By lowering the RPM on 7”s, it means that more songs can be fitted onto these small records.

Although 45 RPM is closely associated with 7”s, it is possible to find 12” singles that are also played at 45 RPM.

Although 78 RPM was once the industry standard, the rising popularity of 33⅓ and 45 RPM has seen 78 RPM become very rare.

For this reason, record players today will only offer the two more common speeds – 33⅓ and 45 RPM.

How to Identify A Record’s RPM Speed

Most record sleeves will clearly state the playback speed of the record. Almost all record players today only play 33⅓ and 45 RPM. However, this is not a problem. There are extremely few records out there that are not 33⅓ or 45 RPM!