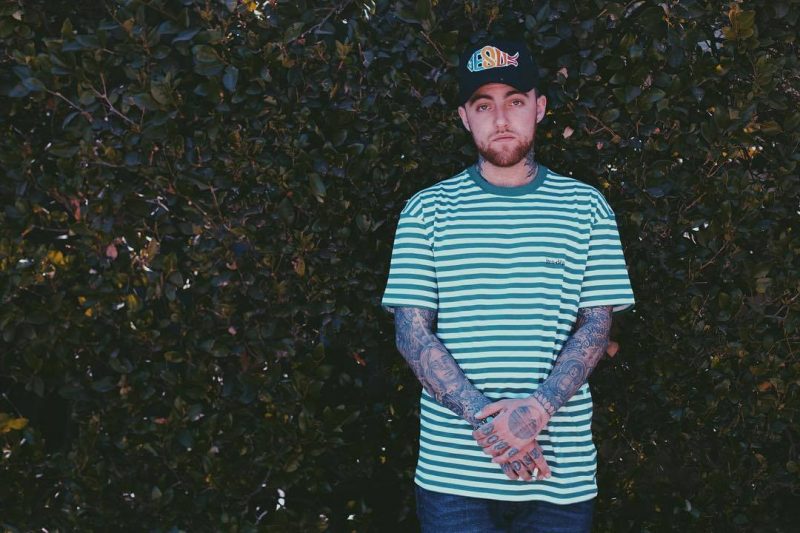 Mac Miller’s reputation as an artist has grown significantly since his untimely death in 2018. This article will introduce you to some of the best Mac Miller songs to get you up to speed.

From his early ‘frat rap’ days to the sophisticated emo rap of his later releases, Miller’s music developed rapidly as he matured as an artist. His career culminated with the release of the outstanding Swimming (2018) and the post-humously released Circles (2020), proving him as one the great hip-hop artists of this generation.

This list dives into some of the all-time best Mac Miller songs. If you’re not yet familiar with his music, this list will take you through the artist’s evolution, and his biggest hits in chronological order.

‘Kool Aid & Frozen Pizza’ is lauded as one the best songs from Mac Miller’s early days. The track shows Mac before he reached maturity in terms of his lyricism, but the satisfying and soulful cadence of his flows still shines through.

The track samples Lord Finesse’s ‘Hip 2 Da Game.’ Although the lyrics demonstrate reverence to the history of hip-hop, Lord Finesse was not impressed – ultimately taking Miller to court over the use of the sample.

Macadelic is the record that shows signs of Mac developing from his early ‘frat rap’ lyricism.

The groovy and somewhat nostalgic ‘Fight the Feeling’ is a clear highlight from the sophomore album that shows signs of Mac’s maturing sound, and his progress towards the artist he would become.

20. Objects in the Mirror

Album: Watching Movies With The Sound Turned Off (2013)

A highlight from Watching Movies With The Sound Turned Off, the earnest ‘Objects in the Mirror’ laid the groundwork for Mac’s more sophisticated later material.

The warm rhodes-esque keys and more gentle production offer an allusion to the softer sounds due on records like Circles.

Album: Watching Movies With The Sound Turned Off (2013)

Lines like ‘I remember when we were just kids, we knew nothing at all’ both evoke Mac’s earlier material, as well as indicating how long ago those days felt and how far Mac had come personally.

Mac Miller’s discography is full of ominous references to his own death. ‘Funeral’ is a case in point, coming from a record that shows him grapple at length with mortality, while he reaches maturity both musically and lyrically.

Lines like ‘party like it’s the last day of your life’ capture the double-edged theme of embracing both life and mortality.

Built on a big, uplifting brassy sample, ‘Here We Go’ offers an insight into how Mac saw his musical career at this stage.

The track certainly features an element of bravado, with Mac discussing his efforts, aspirations, and relative lack of recognition to date, emphasising, ‘I did it all without a Jay feature.’

A particularly rich moment on the romantically-titled album The Divine Feminine comes in the form of ‘Soulmate.’

The track sees Mac delve into the realm of intimate relationships amongst big squelchy synths zipping around. The unexpected beat that drops at 3:27 is heavenly.

A highlight from both Mac Miller’s and Anderson .Paak’s discography, ‘Dang!’ is irresistibly groovy with its rolling bassline and brass stabs.

A light-hearted and matter-of-fact take on relationship difficulties as a part of life.

The slow, heavy beat of ‘Hurt Feelings’ puts it amongst the biggest head-nodders on what is arguably Mac’s best album.

The track has all the vitality of early Mac, but with vastly developed lyricism, as he reflects on changes in life, with the chorus running, ‘I’m always saying I won’t change but I ain’t the same / everything is different, I can’t complain.’

This song is one to blast out of your car windows, and definitely one of the best Mac Miller songs of all time.

The album Swimming represented a new level of artistry for Mac Miller that far transcended his earlier works. The slow, bittersweet ‘Wings’ puts into words a complex blend of emotions, touching on feelings of growth and isolation.

The final song on Swimming, the whirling synth outro could be imagined as the sound of Mac’s soul leaving this earth.

Eerily, the track’s title is a reference to Kurt Vonnegut’s novel Slaughterhouse Five, with the phrase appearing each time a death occurs. The track was featured in Mac’s last Instagram story before his death on 7 September 2018.

The lethargic and light-hearted ‘Small Worlds’ is full of amazing flows and some absolutely classic rap bars. The light tone is heightened by Mac’s exaggerated lazy-sounding delivery as he rests on certain syllables.

One of the lighter moments of this amazing, some of the classic lines include, ‘don’t wanna grow old so I smoke just in case’ and ‘I got a bad attitude, play until I’m out of moves.’

One of the most-chill and also one of the best Mac Miller songs ever.

Featuring virtuoso bass guitarist Thundercat, ‘What’s The Use’ has one of the best rap bass lines of all time, as well as some of Mac Miller’s best flows.

One of the most uplifting tracks on this masterful record, this track goes down in history as one of the best Mac Miller songs of all time.

9. Come Back To Earth

The iconic opening track from Swimming, ‘Come Back To Earth’ has to go down as one of the most apt openers of all time. Truly setting the mood for the record, the sparkling song introduces many of the album’s themes including regret, overthinking, and personal growth.

One of the most beautiful Mac Miller songs ever.

Mac Miller’s ‘Self Care’ delves into his struggles with addiction and sobriety. Mac once stated in an interview that he ‘hated being sober’ – a sentiment which the song alludes to.

At 3:21 the track drops into a coda which explores the state of oblivion, seemingly as a means to escape overthinking (‘didn’t know what I was missin’, now I see a lil’ different / I was, thinkin’ too much / got stuck in oblivion’).

Perhaps the most uplifting track on the record ‘Ladders’ is a euphoric track about making the most of life’s highs. At the same time, the track is tinged with the flipside of the inevitable lows that follow.

Mac concludes, ‘I wouldn’t wait forever / just shoot your shot,’ imploring the listener – or perhaps himself – to make the most of the present.

With its big brass hooks and party atmosphere, this is one of Mac’s most celebratory tracks, and one of his overall best songs.

With its lush string arrangement and tinkling piano loop, the tender 2009 is surely Mac Miller’s most beautiful song. Although it sounds on the surface like a sad song, 2009 actually features some of Mac’s brighter, more optimistic lyrics.

The song shows a mature Mac who understands his resilience, his strength, and his ability to overcome life’s struggles, with lines including, ‘hey ask me what I’m smiling for / well, because I’ve never been this high before / it’s like I never felt alive before / I’d rather have me peace of mind and water.’

It’s a gift to know that Mac, whose music brought so much to so many people, was able to reach such a place of contentment and peace.

‘Hand Me Downs’ encapsulates the subdued, philosophical, and overall more ‘stable’ feeling of Circles in contrast to much of Mac’s earlier material.

The track has themes of knowing yourself, knowing what’s good for you, and staying on an even kilter coming through in lines like, ‘all I ever needed was somebody with some reason who can keep me sane / ever since I remember I been keeping it together but I’m feeling strange.’

One of the chillest and best Mac Miller tracks.

Circles is without a doubt Mac’s most subdued album, but it still makes room for one of two big grooves – ‘Blue World’ is one of them. One of the album’s happiest tunes, the song is about not getting bogged down by the madness of the world.

Making one of the most uplifting moments in Mac discography, ‘Blue World’ features the line, ‘I always shine, even when the light dim / no, I ain’t God, but I’m feelin’ just like Him.’

In the introspective and stoic ‘Good News,’ Mac reflects on people’s expectations of him. Touching on themes of overthinking, disappointment, and contentment.

The rolling, muted guitar riff is almost surfy, and creates a lush, mellow vibe. A sophisticated and rich track that rea;;y shows how far Mac Miller came from his early releases.

The perfect opener for the album sets the mellow tone and philosophical, introspective atmosphere that’s to follow.

Lines like ‘don’t you put any more stress on yourself, it’s one day at a time’ reflect the themes of emotional maturity and safety that re-emerge throughout the album.

The heartwrenching ‘Woods’ is one of Circles’ outstanding tracks. The opening line ‘things like this ain’t built to last / I might just fade like those before me’ captures the struggle between appreciating the beauty of the moment and Mac’s apparent sense of doom about the future – two themes which we see in juxtaposition again and again in his later work.

The refrain ‘do I, do I, do I love? Can I, can I, can I get enough?’ gets to the core of the struggle – the search for love and purpose. Undeniably one of Mac Miller’s most beautiful songs.