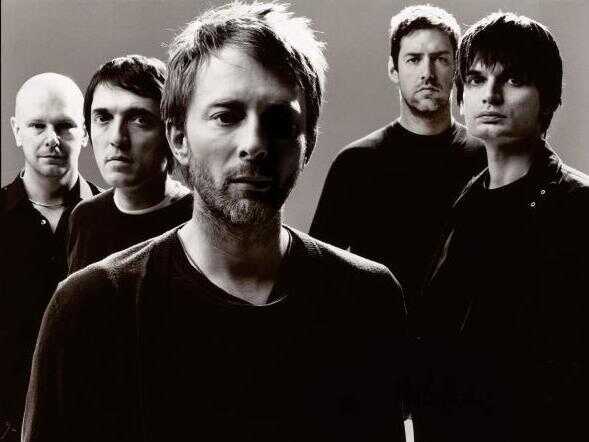 They’re not easy to find, but there are a few bands like Radiohead out there. In this list of similar artists to Radiohead, you’re sure to find something you like (even if you don’t agree with all of the artists on the list).

Since the release of their debut album Pablo Honey in 1993, Radiohead have become one of the most influential bands in the world. Their eclectic approach to songwriting has seen them touch upon a swathe of different genres in their 9 studio albums.

In three decades, Radiohead have gone from the indie rock of The Bends (1995), to the ambient electronic sounds of Kid A (2000) and Amnesiac (2001), to the electronic-influenced alternative rock on In Rainbows (2007) and beyond.

Let’s dive in and discover some artists like Radiohead that cover similar musical ground.

Canadian singer-songwriter Patrick Watson is an innovative songwriter who should be right up your street if you like Radiohead. Beautiful harmonic movements combine strings, guitars, and unusual percussive textures to create some really stunning songs.

About his fourth album Adventures in Your Own Back Yard, Watson said ‘We just wanted to make a bunch of touching songs that really gave us goosebumps.’

That’s about as good a summary as any for most of his music, which floats between indie and classical. I recommend his 2009 album Wooden Arms.

This genre-defying four-piece from the UK cover almost as much ground as Radiohead, although they move in a different direction in terms of genre.

Despite leaning towards jazz and hip-hop, there are some real commonalities between BADBADNOTGOOD and Radiohead, and a definite crossover in their fan base. Perhaps it’s their ability to combine fearless experimentalism with real musicality – it’s hard to put a finger on.

But I hazard a bet that if you like Radiohead, you’ll appreciate badbadnotgood. Check out their 2016 album IV.

This young UK band combine elements of jazz, psychedelia, math rock and more to make them one of the most progressive and interesting bands to emerge from the UK in recent years.

Their 2021 album Cavalcade is a wild journey, covering a huge variety of ground in terms of mood and genre. From gentle psychedelic and ambient moments, to big, noisy, almost punk moments – they share Radiohead’s bold approach to experimentalism.

If there could only be two big names in heavy, melancholic rock music from the 90s, they would surely have to be Smashing Pumpkins and Radiohead. Of all the artists like Radiohead on this list, The Smashing Pumpkins have arguably had the most similar artistic journey.

For anyone into Radiohead’s rockier stuff, Siamese Dream (1993) is a fantastic record, featuring big, fuzzy rock classics ‘Today’ and ‘Mayonnaise.’ Like Radiohead, Smashing Pumpkins also took a slight electronic turn with albums like ‘Machina/The Machines of God’ – taking that turn at a similar time to Radiohead’s Amnesiac and Kid A.

The best-loved Pumpkins album of all is the legendary 1995 ‘Mellon Collie and the Infinite Sadness.’ Essential listening for all Radiohead fans.

One of the great ground-breaking and influential experimental artists to come out of the 90s, Icelandic maestro Björk has a lot in common with Radiohead.

Like Radiohead, Björk’s musical career has seen her cover diverse ground. From her earliest, poppier songs like ‘Hyper-ballad’ and ‘It’s Oh So Quiet,’ Bjork went on to push boundaries. Her 2004 Medulla album, which is almost entirely a capella is a real spectacle.

The heart-breaking Vulnicura calls to mind Radiohead’s darker moments. But in my view, nothing beats Vespertine. Combining electronic and acoustic instruments with choirs and orchestras, it’s a beautiful and perfectly realised album.

Check out her stunning orchestral collaboration with Thom Yorke – ‘All Is Full Of Love.’

Jeff Buckley remains one of the truly great singer-songwriters of the twentieth century. The world can count itself lucky that he released his brilliant album Grace before his untimely death in 1997.

Jeff Buckley’s music shares a certain darkness, depth, and power with earlier Radiohead records like The Bends and even OK Computer, as well as featuring those iconic guitar riffs and textures that epitomise those early Radiohead records.

It’s sort of like rock music 2.0 – to a casual listener it might appear to be just rock music, but there’s much more to it than that. His voice is absolutely amazing, and I recommend checking out any live videos you can find to experience the power of his wailing falsetto.

Since the release of the lofi indie folk album For Emma, Ever Ago (2008), Bon Iver have developed and grown into one of the most progressive and sophisticated alternative bands in the world.

From their simple, minimal indie folk roots, successive albums have seen Bon Iver introduce new textures from layered up saxophone, to big 80s synths, to pitch-shifted chipmunk vocals. It might sound like a joke, but Bon Iver play with these textures to create endlessly rich, surprising, and deep music.

Beautiful harmony, offset by mysterious, unusual lyrics delivered most frequently in Justin Vernon’s whispy falsetto, Bon Iver sit with Radiohead amongst the great experimental artists in history. If you’re looking for truly seminal bands like Radiohead, your search might be over with Bon Iver.

If you’re looking for more artists like Radiohead, you can’t do much better than turning to the solo release from the band’s legendary front man.

His first solo venture, the 2006 album ‘The Eraser’ called to mind Radiohead’s electronic era, and Amnesiac in particular. Critics tend to agree that his 2019 album ANIMA is the best he’s done with the band.

Check out also the stunning visual accompaniment by Paul Thomas Anderson in the short film by the same name.

The venn diagram of Arcade Fire and Radiohead fans crosses over pretty significantly. Although Arcade Fire took a poppier turn than Radiohead ever did, Arcade Fire’s earlier records really shared some kind of sensibility with Radiohead.

Their energetic and slightly chaotic stage presence, their use of complex textures, and their general melodramatic energy really tapped into Radiohead’s OK Computer era in a brilliant way. I stand by their 2004 album ‘Funeral’ – a great alternative rock record for Radiohead fans.

Elliot Smith was an alternative indie rock artist who, like Radiohead, really goes beyond that label in terms of the transcendent depth of his music.

Elliot Smith’s music finds comparison with early Radiohead albums like The Bends and OK Computer, with iconic guitar and piano riffs, and lyrics that go deep into existential themes. Like Thom Yorke, his gentle voice is not beautiful per se, but the expression it contains is stunning.

Psychedelic rock band The Flaming Lips are known for their outlandish live performances, and their legendary single ‘Do You Realise??’ Combining elements of psychedelia, indie rock, experimental rock, and songwriting genius, like Radiohead, The Flaming Lips are not afraid to be weird nor to push boundaries.

Their most popular album remains the 2002 Yoshimi Battles The Pink Robots. The Flaming Lips music on the whole is like a more uplifting, euphoric Radiohead.

Interpol are one of the more progressive alternative rock bands of the late 90s, which meant they found popularity amongst Radiohead fans.

Their moody, angular sounds call to mind moments on OK Computer or even Amnesiac, with their big 2004 album Antics featuring a handful of heavy hitters including ‘Evil’ and ‘Slow Hands.’

Interpol are definitely a band worth checking out if you want to find more music similar to Radiohead’s late 90s material.

The Smile is the latest project to come out of the Radiohead ‘team,’ and it sees Radiohead singer Thom Yorke and guitarist Jonny Greenwood join up with drummer Tom Skinner from the UK jazz band Sons of Kemet.

Born out of the pandemic lockdown, the band’s first appearance was a surprise stream for Glastonbury Festival in 2021, with a string of singles following in early 2022.

Leaning on post-punk and electronic influences, Thom Yorke stated that the name The Smile refers not to a happy smile, but to the smile of ‘the guy who lies to you every day.’ A must-hear project for all fans of Radiohead.

Sufjan Stevens should be noted by Radiohead fans for a number of reasons. His earlier, folky records may not be of interest to all Radiohead fans, but the experimentalism that Sufjan Stevens started to demonstrate in Illinois (2005), which was pushed much further in Age of Adz (2010) certainly sees some overlap with Radiohead.

Age of Adz was an especially bold and experimental record, combining electronica, alt rock, and orchestral arrangements to stunning effect.

On that album, the combination of almost industrial electronic music, subtle string and flute arrangements, and soaring vocal melodies is really quite similar to Radiohead. I highly recommend at least that album to anyone hungry for more artists like Radiohead.

For fans of Radiohead’s later electronic stuff, James Blake is a good shout. The UK songwriter and record producer made a huge impact with his sophomore album Overgrown in 2013, and has continued to blend excellent songwriting with his boundary-pushing, lush musical productions.

James Blake’s music doesn’t venture anywhere near rock, so he would be more up the street of fans of Radiohead’s later music, from In Rainbows onwards to King of Limbs and A Moon Shaped Pool.

If you enjoy the heavier, atmospheric part of Radiohead’s discography, then Mogwai are certainly worth investigating.

Often instrumental, Mogwai’s atmospheric post-rock is not worlds away from Radiohead and The Smashing Pumpkins’ melancholic and fuzz-laden material. Here I’m thinking of Radiohead songs from The Bends like ‘Fake Plastic Trees’ or the big sad anthem ‘Let Down’ from OK Computer.

Mogwai’s 1999 album Come On Die Young is a classic, and the 2006 Mr Beast is also critically-acclaimed.

The Cinematic Orchestra somewhat of a ‘musicians’ band – many of their fans are musicians themselves. Founded in 1999 by Jason Swinscoe, the band’s music is heavily jazz-influenced, and largely down-tempo.

On the surface, you may think a down-tempo jazz group have little in common with Radiohead. But there’s a good reason why The Cinematic Orchestra and Radiohead have a fan base with significant overlap.

Like Radiohead, The Cinematic Orchestra are extremely competent musicians that never feel the need to overplay. Their musical mastery shines through their subtle, emotionally rich songwriting that is not bound by genre.

Check out their beautiful 2007 album Ma Fleur for a taste of their expansive and rich sounds.