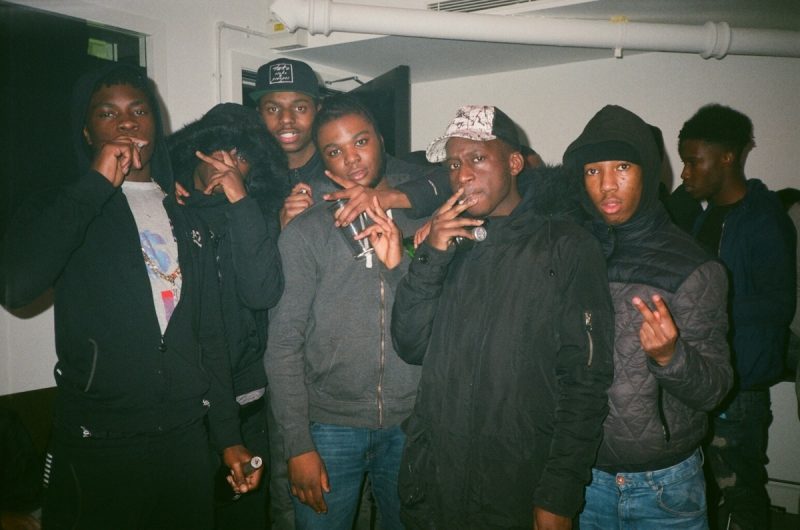 Emerging from Chicago in the early 2010s before spreading to the UK, drill is a form of hip-hop closely associated with trap music in the US, and grime in the UK. Characterised by dark and provocative rap bars as well as ominous beats, drill music has been steadily growing in popularity and seeping into the mainstream.

What is Drill music?

Drill is a subgenre of hip-hop that originated in Chicago in the early 2010s, and was heavily influenced by trap hip-hop.

Drill music, although highly influenced by trap, differs both musically and lyrically. Trap music itself originated in the Southern states of America, particularly Atlanta, and was defined by its use of synthesized drums.

Trap music typically features very few instruments, almost entirely focusing on snare drums and hi-hats, with different timings. Lyrically, trap music portrays the drug use and urban violence that was typically experienced by those living in these areas.

In drill music, on the other hand, the hi-hat sound that is so common in trap is used quite sparsely, with US drill artists also making more use of synths and auto-tune to create a more ominous and echo-laden sound.

Due to its Chicago origins, drill lyrics focus heavily on the gang violence which has been seen to dominate Chicago, with fewer references to drug use than you would find in trap. Chicago drill also came to be defined by its slower tempo, typically sitting around 60-70 BPM.

UK drill vs US drill

UK drill, whilst heavily influenced by US drill, also took significant influence from grime music. The rawness and energy which came to define grime was matched, and even exceeded, by drill. More fast-paced than its Chicago predecessor, drill beats typically have a tempo of 138-151 BPM, and make use of dark melodies and fast-tempo snares common to grime beats.

The History of Drill Music

Compared to other genres and subgenres of hip-hop, drill is defined far more by the culture surrounding the scene than by any strict adherence to production rules or styles. It originated as a means for those living in South Side Chicago to voice their experiences growing up in harsh conditions, where poverty and governmental apathy forced many to turn to crime, creating something of a gangland epidemic.

The name ‘drill’ comes from a slang term for fighting – a reflection of the experiences often portrayed in the genre. By the mid-2010s, South Side Chicago was embroiled in a homicide crisis, where multiple small gangs were battling for control over tiny areas of the city.

The awful reality that many had to live in served as inspiration for the up-and-coming rappers from these areas, who used their own real-life, day-to-day experiences in their songs.

Chief Keef, who is seen as one of the pioneers of the Chicago drill scene and the man who brought drill into the mainstream, was born and raised in the South Side of Chicago and was a member of the notorious street gang the ‘Black Disciples.’ Keef’s own experiences with violence and the gang scene which came to dominate the South Side had a huge impact on his music.

By 2012, drill music was breaking into the mainstream. Chief Keef released his debut single ‘I Don’t Like,’ which was hugely popular, especially after Kanye West remixed it for ‘Cruel Summer,’ a GOOD Music compilation album. Kanye also collaborated with Keef and King Louie, another popular drill artist, for his 2013 album Yeezus.

It was around this time that artists in the UK started to become influenced by US drill music. UK rappers were soon creating their own drill songs, taking the common features of the Chicago sound but adding their own English twist onto it. UK artists such as Stickz, GR1ZZY and M Dargg were early pioneers of this drill hybrid.

The influence of US drill is important, but UK drill, as we know it today, owes almost everything to 67, the South London collective who shifted the sound of UK drill away from its Chicago roots and created a more homegrown, grime influenced sound.

UK drill’s uncensored nature, namely, it’s reluctance to shy away from the harsh realities of inner-city life to appease the mainstream music industry, meant it became heavily dependent on online distribution and self-promotion. Instead of the charts, CD sales or chat show appearances, drill artists used music videos as their main tool.

Channels like SBTV, Link Up TV and Mixtape Madness became integral parts of the scene. The low-budget, DIY nature of the music videos creating a unique aesthetic to these music videos, allowed the directors and artists to realistically portray the world they truly lived in.

The uncensored nature of drill also meant that violence came to the forefront of these music videos. Violent images and lyrics became drill’s signature. As you might expect, the police and political establishment in the UK didn’t look upon these depictions of violence too fondly, no matter how true-to-life they were.

To counter this, the police started to crack down on drill music, using the controversial Form 696 risk assessment form. This form forced organisers of events to include real and stage names, private addresses, and phone numbers of all promoters, DJs and artists at an event to be listed, and for it to be completed within 14 days.

Following the crackdown, multiple drill performances and shows have been shut down in controversial circumstances by the police, with thousands of drill music videos taken down from YouTube. Rightly or wrongly, drill was also increasingly linked heavily to the rise in gang violence and knife crime in London and the rest of the UK.

Famous drill groups such as Harlem Spartans and 67 have had members arrested for gang-related crimes, with two members of 67 being jailed for involvement with county lines. It is not uncommon for drill lyrics to be brought up in court cases.

Much of the political criticism levelled at drill has been condemned by academics and criminologists alike for being unfair, unjust, and sometimes just factually wrong. The attempts by the political establishment and the police to silence drill and ostracise drill artists have been widely seen as virtue signalling from an establishment that’s more intent on suppressing creativity than actually addressing the true causes of youth violence.

In an interview with music publication FACT, famous drill producers MKThePlug and M1OnTheBeat described drill as ‘this generation’s furious response against the Conservative government’s decimation of state support for the most vulnerable communities under austerity.’

5 Drill artists you should know

Let’s dig in and check out some of the essential US drill and UK drill artists. These are five of the artists that defined the genre, and that all drill fans need to know about.

The ‘King of Drill’ himself, no list of drill artists would be complete without this pioneer. A Chicago South-Side native, his lyrics describing his life amidst gangland violence are unmatched amongst his peers. Without Chief Keef, there is no drill, British or American.

Chief Keef’s latest album, 4NEM¸was widely praised. Having cemented his lasting influence on the genre as a rapper, Keef has now moved into the world of production, having a major production credit on Lil Uzi Vert’s Eternal Atake album.

Chicago-native King Louie is a mainstay of the US drill scene. Starting out by handing out his CD mixtapes at bus stops and parties, King Louie quickly rose in popularity, eventually appearing on Kanye West’s Yeezus.

Having survived both a car crash and a bullet to the head, it’s safe to say that King Louie’s presence and influence on the drill scene is practically immortal. Louie’s recent efforts, such as the very much underrated Smokin Cali, prove the King is here to stay.

If Chief Keef is the pioneer of American drill, then 67 are the pioneers of UK drill. LD, a key member of 67, is even referred to as the ‘godfather of UK drill.’ 67 are arguably the most influential group in UK drill, and are certainly the most important group.

MOBO-nominated, 67 are also known for their legal issues, with their first UK tour, a sell-out tour, being shut down by police.  Members of 67 claim that the police have simply scapegoated them to avoid addressing the bigger issues in UK society.

Based out of Kennington, Harlem Spartans are another huge act within the UK drill scene. Known also for their beef with Brixton-based drill group 410, Harlem Spartans music best exemplifies the sound of UK drill, as well as the more controversial side of drill.

Courting high-profile fans such as Drake, Harlem Spartans clearly have mainstream appeal, with over 60 million views on YouTube.

Various legal issues, as well as the deaths of two of their members, seem to have caused Harlem Spartans to go on somewhat of a hiatus. With numerous members of Harlem Spartans now going on to work on solo projects, such as Blanco’s venturing into a funky, South American-influenced sound, it’s clear that Harlem Spartans are not just accomplished drill artists, but skilled musicians in general.

Hailing from Tottenham, Headie One is regarded as one of the pioneers not just of UK drill but of modern British hip-hop more broadly.  Starting out with drill group OFB, producing music based out of their housing estate, Headie One has risen fast in the world of UK drill. In 2019, his song ’18Hunna,’ featuring Dave, charted at number 6, which was, at the time, the highest a drill artist had ever charted.

Despite sometimes shirking the drill label, it’s clear that Headie One has much in common with the scene, with The Times referring to him as the ‘breakout star of drill.’ Headie One has also called out what he sees as the police unfairly focusing on drill music as a cause of crime, saying ‘only a fool would say drill music is the root of the problem of violence in the capital.’