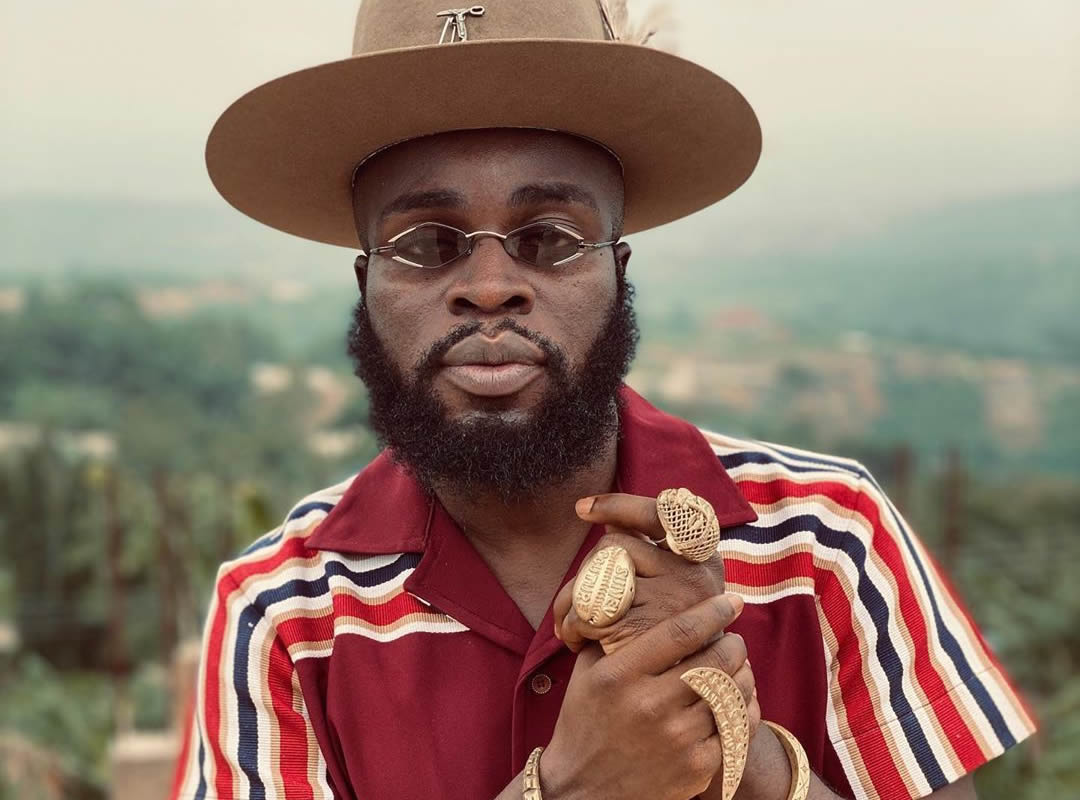 Ghana is responsible for producing some of the world’s most brilliant and most influential musicians. Famous for highlife music – a genre native to Ghana – this African nation has also produced a number of amazing afrofunk artists, and in recent times, some world-class afrofusion and hip-hop artists – spawning the genre of hiplife, which merges Ghanaian music with hip-hop.

Let’s dive in and check out some amazing Ghanaian musicians, past and present, who have had a truly global impact.

The legendary Pat Thomas is one of the most revered Ghanaian musicians in the world, known for his distinctive highlife sound. The singer and songwriter worked with Ebo Taylor, as well as the Uhuru Dance Band, and the Sweet Beans in the 1970s.

This incredible record is somehow both meditative and energising, melancholic and uplifting – all at the same time. A masterpiece of Ghanaian music.

K.O.G – which stands for Kweku of Ghana – is a Ghanaian singer, rapper, and multiinstrumentalist. With a staggeringly versatile voice and stunning stage presence, K.O.G taps into the deep wells of traditional Ghanaian music, fusing it with hip-hop, highlife, afrobeat, electronica and more.

A true creative and one of the musical greats of our generation.

Best known for his collaborations with Ebo Taylor, Uhuru Yenzu is at the core of the sensational 1980 afrofunk album Conflict.

You can listen to the vinyl reissue thanks to Mr Bongo, or simply stream on Spotify. If you’re hungry for more Uhuru check out the wild 1982 Hitsville Re-Visited by Ebo Taylor, Pat Thomas, and Uhuru Yenzu.

Rapper and afrofusionist Kwame Ametepee Tsikata – better known as M.anifest – is one of the most critically-acclaimed Ghanaian artists today.

Hailing from Madina, a suburb in Accra, his epic fifth album, the 2021 Madina to the Universe, straddles the themes of rootedness and transcendence. The record showcases M.anifest’s lyricism and organic blending of hip-hop, afrobeats, and elements of African traditional music.

Check out his 2020 single We No Dey Hear for a taste of his distinctive blend of highlife and hip-hop. And whatever you do, make sure you get on Madina to the Universe to hear M.anifest at his most ambitious, and his best.

Marijata’s 1976 This is Marijata – to those in the know – is a totally legendary record.The core of the relatively little-known band was drummer Kofi Addison, organist Bob Fiscian, and guitarist Nat Osmansu – three musicians also known for being part of highlife band The Sweet Beans.

On top of the extremely groovy rhythm section, the record builds big brass hooks and wild, screeching vocals. The now sought-after record is a bonafide masterwork of rolling, deeply groovy African funk, with hints of psychedelia and highlife. Originally recorded in Accra, the record has recently been reissued by Mr Bongo, so you can enjoy it, in all its retro glory, the way it was meant to be heard.

If you’re looking for more from these afrounk masters, their 1976 album Pat Thomas Introduces Marijata is also well worth a listen.

Ebo Taylor is a name that’s inseparable from Ghanaian music. One of the greatest African musicians of all time, it’s hard to understate Ebo Taylor’s significance.

A guitarist, composer, bandleader, and producer, over seven decades of writing and releasing music have put him at the centre of Ghananian music, touring worldwide, and collaborating with Feli Kuti, Pat Thomas, C.K. Mann, Gyedu-Blay Ambolley, and more or less all the greats of twentieth-century African music.

Drawing foundationally on highlife and afrobeat, Taylor’s music also delves into the realms of afrofunk and jazz. The 1977 album Life Stories is one of his essential records. One of the truly great Ghanaian musicians of all time, Ebo Taylor’s incredible musical journey continues to this day, with his last major release the impressive 2018 album Yen Ara.

This list so far hasn’t delved too far into the world of afrobeats or afropop which has taken the African continent – and a fair chunk of the rest of the world – by storm in the last few years. Quamina Mp brings a dark, distinctive take on these genres, blending elements of hiplife, afrobeats, and kuduro-eque rhythms.

If you want to get on the Ghana club music vibe, check out his big singles ‘Mmayewa,’ and ‘Amanfuor Girls,’ featuring Medikal (one of the big names in Ghanaian afropop).