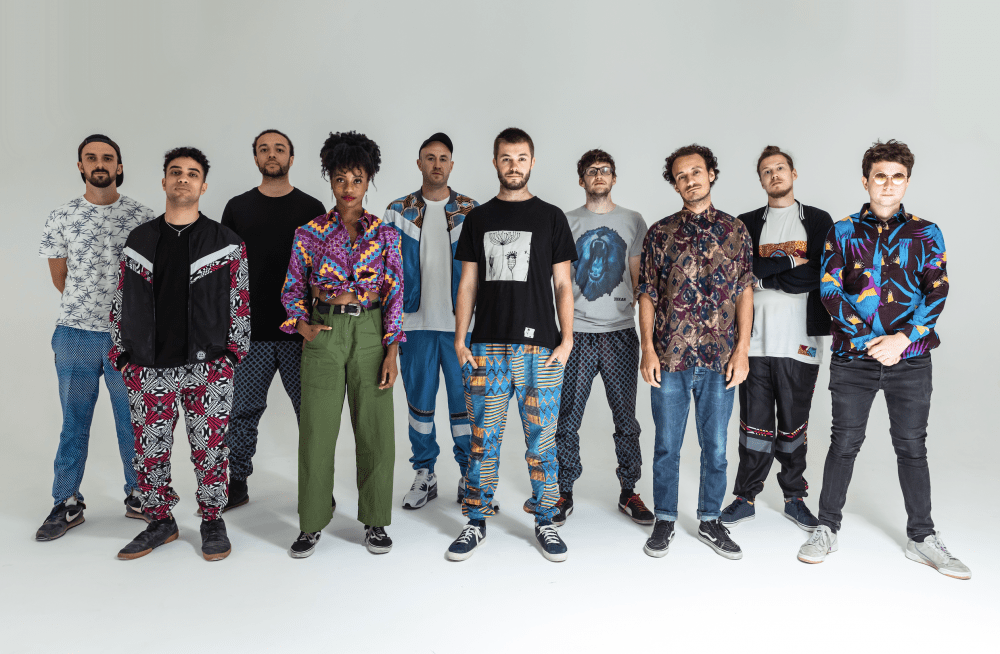 There are many acts out there who attempt daring stylistic fusion projects. While impressively ambitious, more often than not a band will overstretch themselves and fall flat in the process. One group that has no issue in this regard is Nubiyan Twist. An effervescent collective of artists, their third full-length Freedom Fables is a vibrant fusion of genres, elegantly delivering the concept of stylistic harmony.

To speak of top picks on an album like this would be missing the point. Singling out top tracks could insinuate that there are average tunes on Freedom Fables, which is not the case at all. But there are some moments that stand out. The band pump out a bubbling Latin groove on ‘Tittle-Tattle,’ providing frantic backing for the vocals. The trumpet solo near the end steals the show, its glossy high tones rising above the fervent pulse for an early highlight on Freedom Fables.

Soweto Kinch’s mixture of soulful singing and rapping on ‘Buckle Up’ is emotionally powerful, on a song about learning from your own mistakes. The cacophony of horns and wandering drum work in the choruses are as smooth as they are chaotic. The intensity of the extra percussive work with K.O.G is maddeningly simple. The African folk vibe gives way to a spacey free-form outro, one of the many scene-shifts on Freedom Fables. Doubtless another reviewer would pick three entirely different moments – because there’s something here for everyone.

Nubiyan Twist boasts nine quality musicians, each energetically squeezing themselves into each composition. They are led by Tom Excell, who is also the producer for this project. The band are augmented by several guest spots, most of which provide the lead vocals on their assigned song. This means there’s no frontperson to speak of, however we are treated to three tracks featuring the immensely talented Cherise, a shining star of London’s jazz scene. Her dynamic voice brings true class. Flow is my favourite of her tunes, a soulful funk-jazz piece, with snap-tight bass and glowing synths. It’s a touch more commercial than the rest of the album, offering an uncomplicated moment of relative calm towards the back end of the tracklist.

See also  What Is Acid Jazz? These Artists Defined The Genre

Freedom Fables offers advice and stories from each guests’ own experience, creating a loose narrative thread centred around parables from modern life. Musically, the idea is to create unity. By bringing all these different styles together, the band and their guests explore the sounds that raised them, celebrating music they have loved for years. That’s why Freedom Fables is so joyous. Whether through hip hop or Afrobeat polyrhythms, Nubiyan Twist use their rich pool of experience to bring each song to another level.