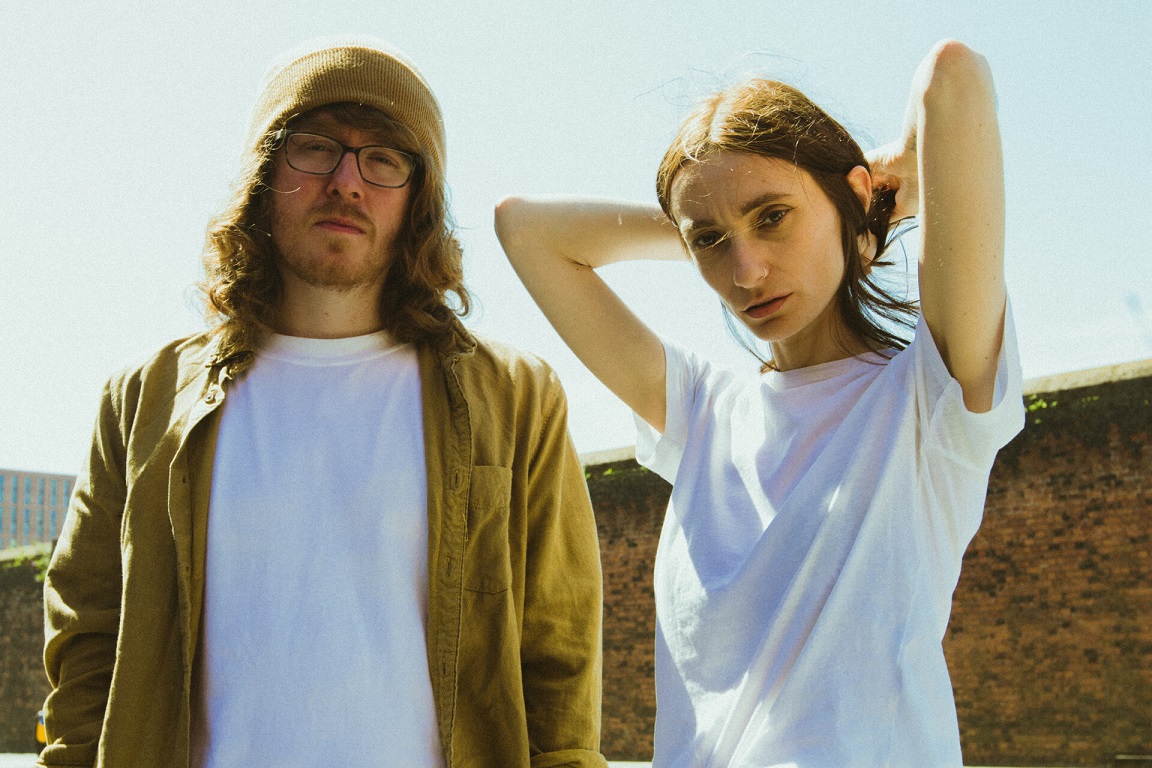 Those moments when new music truly knocks you for six are few and far between. That’s not to say there is a lack of emerging talent on the UK’s music scene right now – quite the opposite. What I’m talking about however is that ‘love at first listen’ feeling – the thrill of hearing a new artist for the first time, and being unable to stop listening. That’s how I felt upon discovering King Hannah.

Against the backdrops of Liverpool and North Wales, King Hannah are Hannah Merrick and Craig Whittle, plus support. Mesmeric vocals, wry lyrics, and meditative guitar-led soundscapes that recall Kurt Vile at his most grungy coalesce to form a sound that is rare and nostalgic.

Their inaugural EP Tell Me Your Mind and I’ll Tell You Mine, released on indie label City Slang last week, comes in at just under thirty minutes, yet immersion into a timeless realm ensues with a full listen. It is a startlingly ripe release from an act in their embryonic stages – ambitious and assertive, with a raw and introspective streak. We chatted to Hannah about the EP, song-writing routines, and supermarket meal deal.

Listen: King Hannah – Tell Me Your Mind and I’ll Tell You Mine

The process of you and Craig coming together to form King Hannah sounds like it has been very organic. Can you recall a particular moment when you felt it was turning into something special?

Not all, no! We just both feel very lucky that we get to work together every day.

In just three words, can you describe King Hannah’s sound?

How did your signing to City Slang come about?

Well, we originally released ‘Crème Brûlée’ back in May 2019. The following month, Krista from City Slang got in touch to say how much she loved the track and asked to hear more music. At the time we had a fair few tracks recorded, but didn’t love any of them enough to put forward, so we very quickly recorded (and wrote!) a handful of new tracks and prioritised it over absolutely everything. Slowly but surely we started sending them to Krista, as and when we felt they were good enough to hear, and thankfully she liked them.

You just released your first EP, Tell Me Your Mind and I’ll Tell You Mine. Congrats! Which track are you most proud of and why?

It has to be ‘Crème Brûlée.’ I just love that track so much. It just reminds me of sitting at my desk about four years ago, desperate to write something that I loved. I can picture the whole thing – the way I was facing, the colour of my desk, the song I was listening to. I was working full-time at a bar at the time, so it just takes me back to night-shift work and that whole lifestyle.

I read that you tend to write lyrics first thing in the morning. Has that changed since the world went into a bit of a timeless meltdown this year?

I still write from the moment I get up, until I feel ready to stop. I have always done it that way and I will probably always do it that way. I’m in quite a good routine.

And what has it been like recording and releasing an EP in the age of COVID?

Well, we feel very lucky that’s for sure, plus it’s given us something to focus on this whole time. It’s a complete dream come true to be honest.

It’s fair to say we’re all craving live shows. When the time finally arrives for gigs to make a comeback, what can we expect from a King Hannah live performance?

We care about our live performances a lot. People have paid their hard-earned money to come and see us play, so it’s our duty to give them their money’s worth! We are big into dynamics, intimacy and texture – we just want people to have a good time and get lost in the moment. As cheesy as that sounds, it’s so true.

Some of the DIY venues at the hearts of our communities are fighting for survival right now. Which venues have been pivotal on King Hannah’s journey so far?

All of them – we’re only as good as our last performance, so every single show is as important as the next, regardless of its size and location. Plus, one show gets us to the next, so it’s impossible to measure one against the other.

You’ve lived in both North Wales and Liverpool – and the latter has a bit of a reputation, musically. As an emerging act, has that influenced you in any way?

It must have! I’ve written many songs in the past about bar work and ‘Meal Deal’ is about flat hunting here in Liverpool, so lyrically it definitely creeps in! It must play a part, surely.

Prior to the EP, you released two singles – ‘Crème Brûlée’ and ‘Meal Deal’ ​– that do appear on the EP and are seriously captivating, recalling many influences. ​Which artists get under your skin the most?

Thank you so much! Kurt Vile and Portishead a lot, Mazzy Star and Radiohead. Craig has very recently introduced me to Bill Callahan and Red House Painters, who I’m falling for in a big way too.

Your voice is particularly mesmerising. Vocally speaking, who captures your imagination the most right now?

And what has been the most surprising source of inspiration for the EP?

Deadlines! I’m not massively used to writing to them, but they forced me to write stuff I might not have were they not there. Writing-wise, I sometimes love deadlines, but I sometimes hate them more than anything, because it can start to feel unnatural.

I love the expansiveness of your sound – there’s some seriously bracing guitar passages emerging from each tracks’ shadowy veneer. Who are your ultimate guitar heroes?

Craig is your guitar man! But I know he would say Kurt vile, Johnny Greenwood, and Neil Young.

COVID aside, where do you hope 2021 will take King Hannah?

Well, we’re making an album that we aim to release next autumn or winter, and we hope to play a few shows too! When and where though is still up in the air, just like it is for everyone.

Your lyrics are sharp and astute. I particularly like one line from ‘Crème Brulee’: “I spend all of my time taking back clothes I don’t like”. What is your favourite item of clothing in your wardrobe?

Oh, that’s tricky! Either the shirt I wore in the ‘Meal Deal’ video, which I got from H&M years and years ago, or the cream cashmere jumper I recently bought from Tricot. It was an investment buy, but so worth it.

And finally, I have to ask. Which meal deal do you rate the most?

Another one for Craig I think! But I know he’d say Tesco’s chicken triple with a bag of Walkers paprika crisps and a Starbucks iced coffee for me! Also, his friend James once made the good point that all Tesco sandwiches taste the same, so you might as well always get a triple.