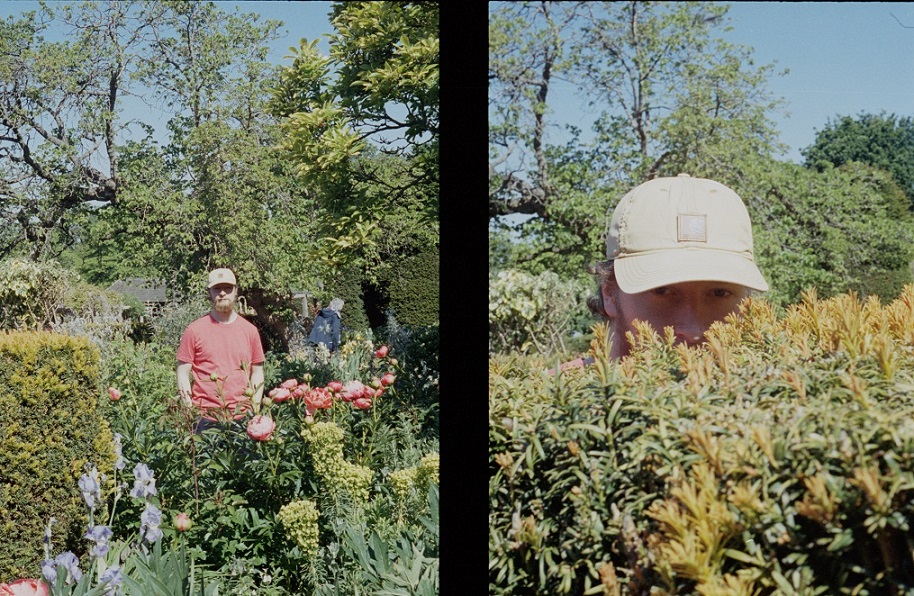 In Conversation
With…
Otis Mensah

With mystical allure, a lavish sound pallet, and an intriguing blend of creative influences, A Paranoid King melds folkloric tradition with contemporary folk art forms. I often gravitate towards blurring regionality and geography in the internet’s melting pot, but A Paranoid King makes a compelling case for connecting to local and regional heritage. Forging his sound of experimentation from the history and landscape of his home in Shropshire, we got together to talk about process, and his new single The Strife Aquatic – a curious mirage of saxophone, folkish guitar, and auto-tune half-rap sounds.

Now this is something that intrigues me about you – tell me about the name ‘A Paranoid King’ and the project as a whole.

So it all kind of links into a period of time when I had just moved back to the UK from living abroad. I suddenly got very ill which meant that I had to come back, and that was the catalyst for the APK project. Although it was a physical illness, it was taking toll on my mental health very much. I had also set myself a challenge of reading Infinite Jest by David Foster Wallace – a mammoth, ridiculous post-modern book about tennis and a few other things. There’s a character in the book who has a quote: “yes, I’m paranoid, but am I paranoid enough?” I just thought that’s a nice encapsulation of the horrendous fear which a lot of people feel right now, and that I was certainly feeling back then. It just made perfect sense to call myself A Paranoid King at a point when I was really feeling those types of emotion, and it’s still very much relevant now. I don’t read into too much of the royalty aspect of it. Maybe the paranoia bit is more important.

To what extent is the project therapy for you, and what do you see as the utility of your art?

I think every artist has this goal to connect to other people, and for me personally it’s the need to communicate to others and express myself. With APK, I wouldn’t go so far as to say that it’s therapeutic, because it can be quite stressful. But I’d say it’s very rewarding. If I didn’t record, release, constantly create things, and have this astute work ethic, maybe bad things would happen. It’s like guys who swim in ice water – if you stop swimming you’ll literally die. It’s almost like the creative force is it’s own little beast rather than being this nice massaging presence.

If I didn’t record, release, constantly create things, and have this astute work ethic, maybe bad things would happen. It’s like guys who swim in ice water – if you stop swimming you’ll literally die.

Your writing can get pretty abstract. How much do you care for the music being understood or how it’s perceived?

I’d say quite a lot. The most important aspect of the APK project and my music as a whole, is its link to place, tradition, and folkloric elements which are almost hyperspecific. Pretty much all the music that I make is based around the folklore, landscape and rural elements of my home county of Shropshire, and that’s always been a very important part of it. Sometimes you get people who enjoy an artist but don’t really listen to the lyrics, or won’t explore the themes that the artist is trying to convey. I would find that a little frustrating if people weren’t doing that with my music if they liked it.

In a lot of the music – especially on my debut record Camberland – there’s specific references to folkloric traditions along the Welsh borders and where I’m from, or landscape and travel elements. I think if you just listen to the music without taking those parts in then you’re missing out on something a little bit.

I wondered to what extent writing music is ritualistic for you and if there are any rituals you practice to get in a creative zone?

In regards to rituals for writing there aren’t any. My writing process is very scatter-brained – a voice-memo here, a lick that I’d memorised there. It’s all over the place. In regards to trying to tap into pre-existing folkloric conditions, my last project Camberland was inspired by traveling around a few different nordic countries and living in Iceland. I was taken back by the kind of pagan and heathen traditions that they hold so dear, particularly Asatru, seeing how they perceive nature and the environment as a living being rather than this cold barren landscape. When coming back to England, I felt like maybe I wasn’t connected to those elements so much anymore because I wasn’t in those places, but that made me rediscover the heathen legacy of England, the British Isles, and Shropshire, my home county.

With the music, I’m trying to tap into these kind of folkloric traditions, whether it’s something mostly visual like Mari Lwyd – these weird creepy horse sculptures on the Welsh borders – or whether it’s something more innate like the rejection of purity. I’m expressing this idea that you don’t need to reject landscape. I want things to be grounded very much back in the land.

How would define your sound aesthetic and what’s the journey been like carving that out?

I call the sounds of APK rural-rock, rural-rap, or heathen-pop but at the end of the day, it’s good old folk music at its core. Even though the sound pallet between folk and hip-hop (which are two leading influences in my music) are different, just because they don’t sound the same, doesn’t mean that they aren’t playing around with similar elements. Hip-hop is often based around sample-culture and the digging up of previous artefacts to put in a modern light. And with folk music, it’s pretty much the same thing. You’re taking elements, perhaps melodies, and you’re putting new words to them or bringing new context in the same way RZA might sample an old Kung-Fu movie and put it with an old soul record. The APK sound is based around digging up previous elements and putting them in a modern context. The sound pallet comes forth from disjointed beats and weird stabs at pockets of genres.

Hip-hop is often based around sample-culture and the digging up of previous artefacts to put in a modern light. And with folk music, it’s pretty much the same thing.

I’m excited that you drew a link between hip-hop and folk. I’ve been thinking about this for a while now. Hip-hop, being very much a folk art, is often overlooked. When listening to specific folk music there’s a very real parallel that can be drawn to some of my favourite hip-hop lyricists and I think it’s the quality of “poetic vulnerability”. Hip-hop and folk music both connect to a true sense of passing on a story of the community in a way that a lot of genres have disconnected from. The two cultures are very much person and community centred with the story of a community at the heart.

Something else that they both share is you can make both genres without any kind of real academic understanding. In hip-hop, you might smash a soul record, and put the pieces back together in the way you want. And in folk music, you’re playing quite simple chords and melodies, but imbuing it with the passion of your own community, and that’s what makes it folk. From a purely faculties perspective, it’s still completely possible to make both of those genres without much money put into it at all.

We’re in a global pandemic, and you’re still creating and expressing. Tell me a bit about your new piece, ‘The Strife Aquatic.’

Eerily, some of the lyrics of ‘The Strife Aquatic’ are quite old, but seem to be making a lot of sense with what’s going on right now. The first verse of the song is about a job I was doing, and then about moving to Iceland and escaping the sort of mundane, almost solitary nature of the job. The second verse is about returning post-getting-ill and having another crappy job, but escaping through playing shows and having that catharsis.

The video is wholly directed, created and edited by Anna Rocchi, who is a wonderful analogue photographer. We shot the video over lockdown. It’s almost like lockdown was another bind or something to get away from but the video was this very joyous expression of getting away.

Can you tell me about your artistic choice to use auto-tune as a creative tool on ‘The Strife Aquatic’?

I think auto-tune is beautiful. I think it’s the most incredible tool. Even though you hear it everywhere and it’s been prevalent since the early noughties when Cher did Believe or whatever, I still think there’s ingenious ways to use it. I don’t think we’ve even scratched the surface of what I think it can do. Early on I used to hide my voice because I wasn’t comfortable with singing so much, but now I think that it just adds something lovely to the pallet. I use a hard tune – it’s not a computer. I use a physical box, so I can use it for live shows. Sometimes I put the saxophone through it. There’s lots of artists now using it in creative ways like Mathew Lee Cothran of Elvis Depressedly – he’s a fella who’s doing it, and I wish I could make it sound half as good as he does. There’s just so much range of sound for it. You can growl through it, sing down it, whisper down it and everything just sounds completely different to the original source, in a really chaotic and erratic way that I like.

I’ve had the pleasure of playing a bunch of live shows with you. I feel the Paranoid King persona comes alive on stage. What’s your approach with the performance-art element to your work?

You’re definitely right. I mean everyone becomes the best version of themselves or the person they most want to be when they’re performing on stage, mostly. The APK persona definitely comes out there. The live show is built out of necessity because I have no friends… well, I do have friends and sometimes play with a band, but often I can’t. That’s why I use backing tracks, and to keep things interesting for an audience, splitting between guitar and saxophone. It’s meant to be erratic and I don’t think it could work if it wasn’t.