The poetry of Robbie Thompson is the sort that can stop you in your tracks. His rasping, croaking voice is at times almost atonal, always richly textured and expressive. His words, drawing on his background and interests in psychotherapy and philosophy, offer generous reflections and insight on his accumulated experiences.

Thompson’s new EP, Look Who’s Arriving, draws on folk, Americana, and ambient influences. Listen out for his philosophy of acceptance and empathy in ‘Most Ways, Most Days, Good Enough,’ and the haunting, mournful ‘I Lost a Life I Could’ve Had’ with its droning, saturated guitars.

To coincide with the release of his new EP I asked him a few questions about the ideas behind the record.

Your songs are imbued with ideas from philosophy and psychotherapy. Tell me about what’s going on there.

I’ve always been really interested in philosophy, and I’m currently in my fourth and final year of studying and training in counselling and psychotherapy. I think a lot of my attempts at making sense of my self and the world around me happen through the lens of concepts and ideas that come from the realms of philosophy and psychotherapy. I think songwriting is part of that sense-making process too, an expression of it maybe.

How do you see the relationship between therapy and music?

For me personally, songwriting can be a way of making meaning of experience, and maybe a way of going deeper into some of what we’re feeling and experiencing. Maybe to capture the essence of something with a song, we have to really get to know it well, so we have to go deeper into it. I think this can be one aspect of the work of therapy at times – experiencing and feeling things more fully.

I also think that music can be a way in, maybe in the way that therapy can. Music can stir things up that we didn’t know were waiting to be stirred, and bring them to the surface to be seen and felt. Perhaps similar processes happen in therapy sometimes.

Maybe some of the tools of some therapies and songwriting are shared too – working in metaphor, symbolism, language, specifying, focusing, narrative, and so on. All in a bid to capture and communicate something.

That feels like quite a patchy answer to the question, but I think it’s reflective of where I’m at with it at the moment. I think I’m on the hunt for the answer to this question really, and for a space that exists somewhere between philosophy, music and therapy where I might be able to spend some time, if such a place exists and it’ll have me.

How would you describe this collection of songs, and what do you hope your listeners will take from them?

I’d say these songs are kind of markers and milestones in my development as a songwriter. They’re the songs that either meant most to me at the time or that I was most satisfied with. They’re all at least two or three years old now, but I guess that’s the creative’s rub, always a few years behind yourself, or things are rushed. Can’t win. They’re all in a similar-ish ballpark though I think, quite reflective and exploratory.

Ideally, I’d hope that each listener takes something different, but that each takes something that is of value to them. I think that would be a good sign that gaps have been left in the right places. I’m not sure I’m a skilled enough writer to pull this off just yet though. I’d also hope that listeners might feel some connection to some of the themes of the EP – the loss that comes with choice, the impossibility of perfection, the complexities of navigating relationships.

I hope that listeners feel some connection to some of the themes of the EP – the loss that comes with choice, the impossibility of perfection, the complexities of navigating relationships

I’m also kind of terrified of what listeners will take. There’s something terrifying for me about releasing music and putting parts of an inner-self out into the world with no idea how others might respond. Maybe there’s something in that that’s shared with therapy. A vulnerability in showing parts of ourselves that we might not volunteer so readily elsewhere. Hopefully, the streaming sites are friendly. We’ll see.

Look Who’s Arriving is about dreams you were having at the time of writing. Can you tell me more about the dreams and what they meant?

Yes, in a very vague way! I gradually came to feel quite differently about a certain period of my life in retrospect. I guess that’s not too unusual, but when I started going over my memories of that time, I remembered having a number of dreams that were really illustrative of how I would later come to feel about things. I couldn’t believe I hadn’t picked up on them at the time and what their meaning might have been. Maybe I had and just didn’t want to or wasn’t ready to look at them. Either way, the seeds of Look Who’s Arriving were sort of planted around that time I think.

Do you think dreams can help people to understand themselves better?

I’d guess that it’s different for each person and dreams can be anything from profound symbolic expressions of self, to absurd non-sense, to deeply upsetting and traumatic nightmares.

Personally, I’ve found them to have been all of the above at one time or another. I think I’m just drawn to the symbolism and imagery of dreams, and the cryptic aspect of it all. There’s something about mixing the serious and meaningful with the playful and absurd that really appeals to me, and the subsequent uncertainty surrounding which is which. Whoever the scriptwriter of my dreams is, they’re a much better writer than I am.

Whoever the scriptwriter of my dreams is, they’re a much better writer than I am

As to whether or not they help us understand ourselves better, I’m not sure. For me they certainly have done at times, but that’s not to say the same would be true for everyone. I’ve had to keep dream journals at different points as part of the counselling training and was quite disciplined with it for a while – I recorded loads and became really interested in the different schools of dream analysis. So yes, I think for me dreams have often been a piece of the puzzle. 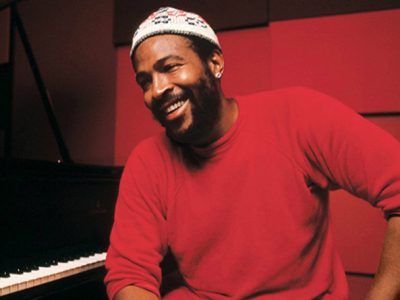