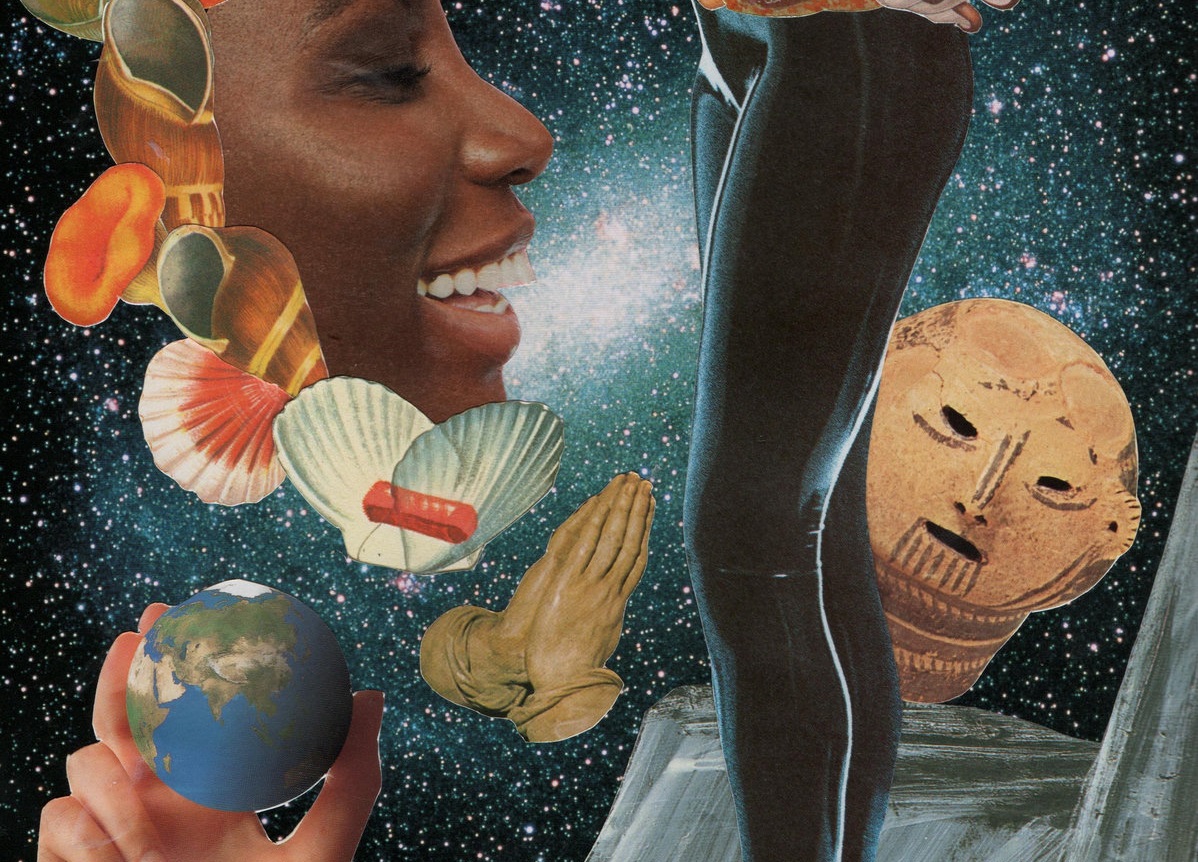 You’ll be hard-pressed to find anyone more passionate and knowledgeable about 1960s psychedelic audiophile parties than Gabriel Presland and Dave Sheard, the founders of Apricot Ballroom. Between them, they possess the obsessive geekiness, meticulous selectivity, and social awareness necessary to pull off one of the north’s most popping parties.

Launched in Sheffield in 2018, the audiophile party-starters have slowly but surely managed to built a cult following in a city that wasn’t quite ready for what was about to hit. And after patiently pushing their razor-sharp concept for some months, they finally started to get the reception they deserve.

I spoke to the duo about the ideas behind the party, their love for audio, and their new record label’s first release.

What is Apricot Ballroom?

Apricot Ballroom’s an audiophile sound system and psychedelic party that we’ve been running for just over two years now. The idea behind the party is based around David Mancuso’s ‘Love Saves the Day’ parties which he started back in 1969 in New York. These focused on intimate community gatherings with one of the best sound systems in the city, usually with a shit load of balloons. We try to emulate that in our own way, using a similar – though not quite as extensive – sound system to the one he used, also based around the use of Klipschorns. We’ve also just started up a record label attached to the party.

I’ve heard you described as audiophiles. Tell me about your love for audio – and everything about vinyl.

Our passion for sound came after hearing about the system that Mancuso used for his parties, and his attitude towards sound in general. At its essence it’s a search for total sonic clarity, so as to reproduce the music you’re playing as faithfully as possible. There’s an incredible story that Mancuso settled on Klipschorns after trialling a range of different speakers and audio equipment with a really unique test. He’d take the equipment to an aviary and play pre-recorded birdsong through them, waiting for a combination that the birds would call back to. This was why he decided on the Klipschorn, a speaker that’s been in constant production since the 1940s with minimal alterations in the design. They have an incredibly efficient design (up to 20x that of a normal loudspeaker), so can be powered to party volumes off a very basic 30 watt home amplifier. His final setup also included Koetsu cartridges and Mark Levinson amplifiers, but we’re a bit of a way off those just yet!

Whether the story’s true or not, the first time we heard them in use at the London Loft party he set up, called ‘Lucky Cloud’, we were hooked. We spent a year or so hunting for a pair in the UK as they’re really rare over here, and finally landed them back in late 2018. Since then the obsession’s grown and we’ve built the system up to include vintage Goodmans mid units, a Bozak rotary mixer, and a Meridian amplifier.

When it comes to vinyl there’s a whole range of factors; records tend to sound better on our system, particularly with recordings from the pre-digital era; we find them easier/more fun to mix with; they’re more pleasurable to own and collect; and the visual aspect makes it easier for us to find tracks we’re looking for whilst we’re playing, particularly when a lot of the names are in languages we don’t speak.

Tell me about the record label. What’s the plan and what do you hope to achieve with it?

The plan is for it be a home for the music we play at the party. The music will cover all the sort of music we’re in to and play, from funk & soul, to boogie & electro, to reggae, dub, and jazz. It’ll predominately be original material from artists linked to the party, but we’re working on a few reissues as well, as well as a few edit compilations of rare or hard to find material. We’re still in the early days, but have our first record out soon and another 4 releases on the way.

And how about your debut release? Tell me all about the record.

Our debut record’s a mixed artist comp, featuring tracks from both of us (Gabe & Dave, AKA Joi La Frique & Nonna Fab) alongside music from our good friend and absolute whizz-kid Lancaster Bomber, and Soviet Cuts maestro Beard In Dust. The artwork’s a beautiful collage piece by our friend Dave Milligan (can check his work on insta @a_village_mind), who’ll be doing the artwork for all of our releases going forward. It’s a four tracker of proper party fire, and will be hitting shops in about two months.

How do you see the future panning out for the nightlife scene in the UK?

It’s so hard to gauge. The landscape’s likely to be super different by the time we can throw parties again, so we’re trying not to plan anything too far ahead, and are waiting until it’s safe before we even think of putting anything on. Venues will definitely be closing over the next 6-12 months, which I think is the hardest part of it all, but we’re trying to stay positive. This country’s music and nightlife scene has always been one of the most innovative and creative in the world, so we strongly believe it’ll come back hard when it’s the right time.

What’s next for Apricot Ballroom?

We have a few projects underway that we can’t divulge much about just yet as they’re still in their very early days, but we’re in the process of setting up a mini radio station for our website, and are making headway with opening a venue/event space. Gabe’s also working on a community focused record shop/café/bar in the coming year or so with some friends.

Besides that, more speakers, more sound, and more dancing.