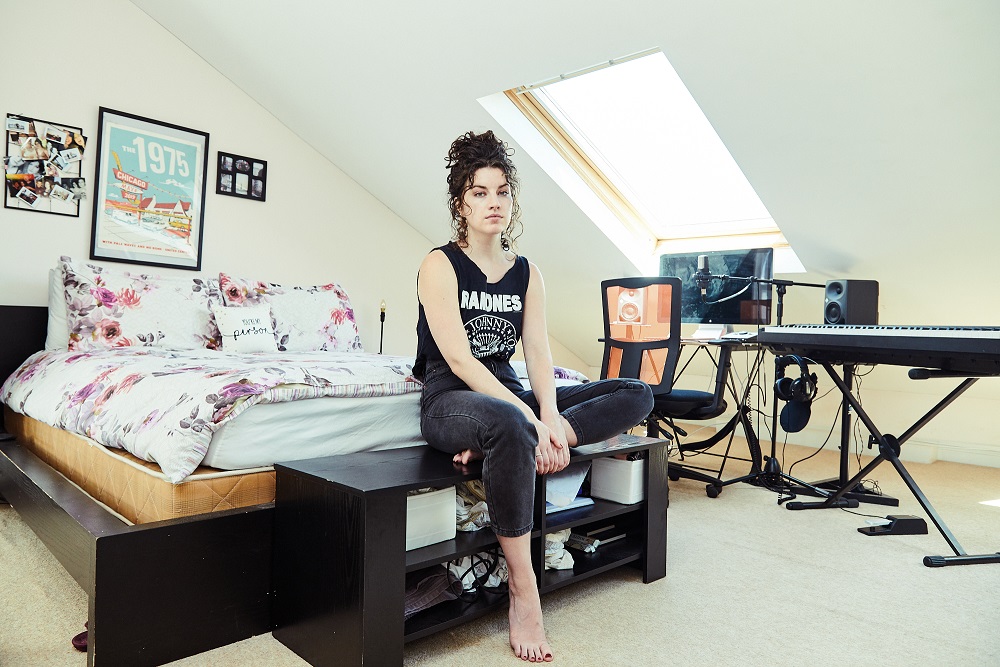 Those in the creative industries have been dealt a particularly bad hand by Covid-19. Often self-employed, external support can be hard to come by, and perhaps more detrimentally, many have had to halt doing what they love. Front and centre in this category are musicians.

With all live performances cancelled, traditional studio sessions rendered impossible, and even the ability to write and play with bandmates unfeasible, 2020 has proved somewhat of a dud note for musicians.

But musicians can be resilient. While the emotional toll has been great, many have found new ways of surviving – learning to record at home, finding different ways of filling their time, or simply learning to slow down. Singer, songwriter and multi-instrumentalist Explicare summed it up well: “It’s important right now to be adaptable, and versatile. If you can’t do one thing like gigging, spend your time reaching inside of yourself to find new elements of creativity.”

Cancelled performances have been a strain for many artists, including Jack, frontman of the band LEAP. “Having played my first live show with the new band LEAP just before lockdown, being unable to keep the momentum going was deeply frustrating.” Jack has also found missing out on going to live shows has been “a real drain on the serotonin”.

Being unable to keep the momentum going was deeply frustrating

To try and fill this hole, many musicians have turned to live streams for their performances. With the ability to do more ‘gigs’ and reach a much wider audience on their smartphones and laptops, there are positives to be found. Alt-pop singer Hedara described the experience as “unique and exciting”, while Ellie Hall, another London based singer, started doing live streams every week. “It was so lovely and made me feel connected to everyone as I’d had to cancel quite a few gigs due to the pandemic.” But soon she felt that she was putting too much pressure on herself and stopped the performances to focus on other elements of her music.

There are also many within the music industry that can’t benefit from a live stream – the venues, sound engineers, lighting designers for example have all massively lost out. “Although the music industry has come to a standstill I still feel extremely fortunate that I can be releasing music and keeping my fans engaged,” notes Hedara, “but for the technical crew life really is just so different.”

Although the music industry has come to a standstill I still feel extremely fortunate that I can be releasing music and keeping my fans engaged…for the technical crew life really is just so different.

Lockdown has also provided an opportunity for new musical processes. Explicare downloaded the music production software Ableton and wrote a new song, ‘Roses,’ that came out early August, a song that would not have happened had it not been for lockdown. Australian born singer and songwriter Lucy Mason got involved in a friend’s project called A Part, in which the parts were all recorded separately and then edited together. “That was pretty amazing because we never would’ve done that process before, but now I think we could all benefit from doing things like that more. It challenges people to independently learn how to record at home.” As well as the plethora of lockdown themed songs that will undoubtedly follow, there will be many musicians who’ve learnt new skills, such as recording studio ready vocals at home.

On the other hand, the change has not always been positive. Of course the cancelled gigs are one thing, but also being unable to collaborate face to face can be difficult, as well as the pressure to create. Lucy Mason really felt this during lockdown: “I was going to start writing but lockdown threw me off. I found it really hard to be creative in lockdown, and annoyed that there was this pressure surrounding ‘all the free time’ to be creative and make music. It was impossible. I’ve started to think about it all now…now that lockdown is easing.”

I found it really hard to be creative in lockdown, and annoyed that there was this pressure surrounding ‘all the free time’ to be creative and make music. It was impossible.

Producer Sophie Ackroyd found the same thing, noticing “a weird pressure to come out of lockdown with a full on album.” It can be hard to find inspiration when you are stuck at home. As a producer, Sophie has also suffered from not being able to be in the same room as another artist, “there are some things that I just don’t think can be achieved to the same level [working remotely], especially when it comes to the initial creative process of writing and producing a song.”

“We haven’t written much over lockdown either,” says Sam, who is part of the band Future Humans, “as a lot of our process relies on being in the room.”

As with everybody, the mental toll of the pandemic is having an effect, although it might not be as easy to measure. “Having a lot more time to think has been a blessing and a curse. Everything feels super intense right now. In some ways I feel this time will spark change, in other ways I feel like a lot of us have struggled with everything just being a lot right now.” notes Ellie Hall. It has been a time of reflection for many, reassessing what is important, and perhaps even their own process. “Being forced to take a step back and reevaluate the things in life that really make us happy I think will do a lot of people some good.” Suggests Jack.

The forced change has helped some realise that it is ok to slow down. Sophie for one has seen the benefits: “I’ve really appreciated the chance to take stock and slow down. I was running close to burnout before and spent sometimes 16 hours a day in the studio and I think it’s given me a bit more of a healthy work/life balance.” Hedara too has found that her anxiety has “really chilled the f out”, and Lucy has been enjoying “the little things”. The break may not have been planned but in a fast-paced, ruthless and relentless industry, the time may have been incredibly important. “I’ve also had a little reassess of my priorities and have thought about how I’d like ‘life after lockdown’ to look for me” says Ellie, although she is still excited about the return of live music, “I know that first gig after all this will just be amazing, I get goosebumps thinking about it.”