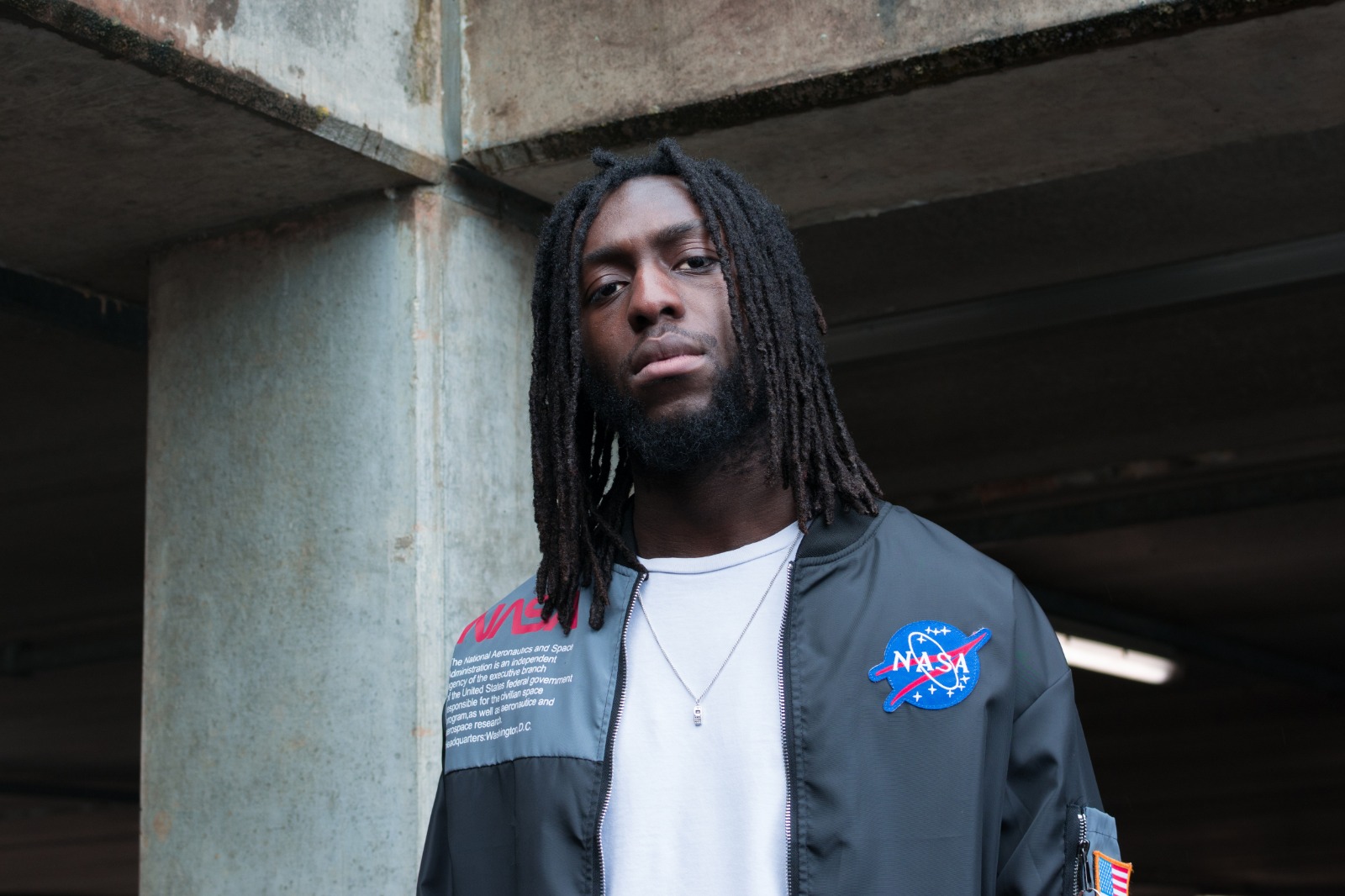 It’s harder than ever to stand out from the noise. And AnansiKwam is under no illusions about it. One of the masthead artists for the recently born Switch Hustle Records, AnansiKwam talks openly about the challenges of balancing realism and ambition. But there’s one thing he has in his favour. From the outset, he’s doing something different. Leaning away from flexes and towards the poetic, AnansiKwam is bringing something fresh to the table.

We spoke to him about balancing work with music, the UK rap scene, and arachnoid influences on his art.

Watch: AnansiKwam – Inside Out ft. Cosy

Give us the story of AnansiKwam in a nutshell.

I’m a producer and songwriter, born in North London and signed to Switch Hustle Records. I spent most of my younger years in Harrow, before moving to Barnet and now I live just outside Enfield. My parents would always encourage me and my brother to learn new skills, but music was one that came a bit more naturally to me. When I used to have lessons, my music teachers would get annoyed with me because I wasn’t reading any of the sheet music, I was just memorising songs. And, eventually, they told my parents they thought I had perfect pitch. In a way, it helped, but I let that be the excuse for me not to take my theory as seriously as I should have. When I stopped having lessons, I started learning everything by ear and voicing all my chords in unconventional ways. By that point I was already producing and experimenting with samples, so the void was temporarily filled in a way. After graduating, myself, Tony and Cosy started taking music more seriously which is why we started the label, with the hope of laying the blueprint for emerging artists trying to break into the music industry.

Your first releases have been some time in the making. How did you finally get to the point of releasing?

Initially, I just wanted to produce, which is why on our first release, The Foundation, neither myself nor Cosy can be heard as we wanted to be more behind the scenes. We ended up writing a project for one of our friends and had a bunch of demos which we never used, but having them at least showed us we could write songs for other people, so the next step was figuring out how we could do the same thing for ourselves. Then after completing our joint project ‘Nascent’ it felt like the right time to start working on some solo stuff.

Seems like there’s a spider theme in your name and your tracks. Tell me more about that.

My real name’s Nana and Anansi is Nana backwards, plus all my friends call me Kwam, so that’s pretty much how the name came about. Being from Ghana, I used to hear a lot of stories about Anansi growing up, and it had been in the back of my mind to find a way to embody the character through music. I feel like it gives me a bit more room to be creative as there are a lot of avenues and themes that can explored, so I’m pretty lucky to have that as something I can use to reference myself.

If you look back to the cover for our first EP, The Foundation, I’ve got 4 arms, which was meant to be a little hint to the concept. When I was first developing the idea I wanted to create a fictional world and introduce a bunch of characters through the music. Nothing is set in stone, so I don’t want to make any promises. I enjoy writing stories though, so maybe finding a way to merge some of the Anansi tales with my own experiences could be something to do in the future. Just stay on the lookout for any hints or easter eggs.

Let’s be real for a moment. What’s it like for you to go to your job every day and do music on the side?

Honestly, it’s not that bad. Having a job has probably been one of the major motivating factors for me because I know my time is so limited these days, so I need to try and make the most of it. After I did my GCSEs, I didn’t know whether I wanted to go down the music or IT route, but I said to myself I didn’t need a degree to do music, whereas if all else fails I’d at least be able to have a more stable career working with computers. Trying to find the balance was probably the hardest challenge, as a lot of the time when I was working on The Sandbox I’d come home from work, go straight into the studio and start working on music until the early hours of the morning, sleep on the train to work and write lyrics on the way back. It wasn’t the healthiest routine, but I didn’t mind waking up tired if I knew I’d done what I needed to do. Since the pandemic, it’s been a similar thing, minus the commute. But I wouldn’t do it if I didn’t enjoy it and believe in the process.

Tell me your thoughts on the UK rap scene today.

I think it’s in a pretty strong position, in all honesty. If I compare the scene now to when I was younger, it’s totally different. There are way more UK artists now. We looked up to the likes of JME, Skepta, and almost feels like we were able to witness the evolution of the grime scene which in turn helped pave the way for UK rap scene today. Now we have a lot more subgenres, but the music is taken more seriously, and we can also see the influence it has on other cultures too which is great to see.

Take Pop Smoke, for example – ‘Dior’ was undoubtedly one of the biggest tunes to drop in the past 12 months and that was produced by 808 Melo. It doesn’t even necessarily have to be those on the front line – there are a lot of sick producers from the UK that have been doing their thing for a while. Look at Nana Rogues. He produced ‘Trapping Aint Dead’ when Section Boyz were first coming up, and later did passionfruit for Drake when he was arguably at the top of his game. These are two very different tunes, but they’re both hard! And who would’ve expected to see Tom Misch & Yussef Dayes make a track with Freddie Gibbs? As a fan, these are the kind of collaborations that I love to see. I’m sure as time goes on we will continue to see more overseas collaborations but as long as the music is good, that’s the most important thing.

I do think the industry is saturated which as a result makes it very hard to break into, but that doesn’t have to be discouraging – it just means you have to think outside of the box, bring something different to the table and be prepared go the extra mile.

I’m excited for the next phase. It feels like I’ve finally been able to close off a chapter of my life and, as my mum says, I think it’s time for me to go back to basics. I’ve been working on some new material, although the creative process and the sounds are a bit different from The Sandbox, I will be looking forward to releasing it and seeing how it is received. I’m also working on the second Cosy x Kwam project, so I’m looking forward to teaming up once again. I think the cool thing about that is we will now be discovering how our individual sounds will sound together.

Yemi Bolatiwa: Taking Over With The Manchester Soul Singer