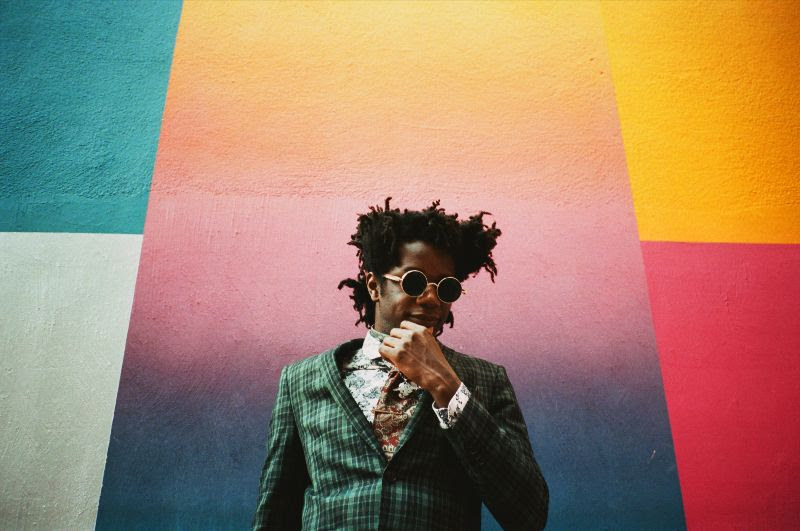 Age of Glass is the enchanting final single from L.A. Salami’s new album, The Cause of Doubt & a Reason to Have Faith. With reverb saturated harmonicas, rolling chromatic guitar picking, and implacable references to the ‘Age of Glass’ concept, this is something to marvel at.

Lying musically somewhere between folk and experimental, Lookman’s performance in the video – a choreographed mime show – gives the whole thing a carnivalesque, almost archaic feeling. Wearing black makeup on his own face, and interacting with a white mime, Lookman offers a sideways take on recent denouncement of the likes of League of Gentlemen, Mighty Boosh, and Fawlty Towers – commenting that he is ‘not offended’ by these shows.

Playing with the idea of chaos in ‘Age of Glass’, and the album more broadly, Lookman says:

‘I love the deliberateness, cleanness and colour of modern music, but I also miss the complete chaos of old, like some Captain Beefheart and Velvet Underground records, or even 90s HipHop records with the peaking 808s and static compressed vocals al la Wu Tang, or blues records like Robert Johnson’s. Somewhere in there is the carnival I’ve been searching for.’

Experience the carnival for yourself in the stunning video below.