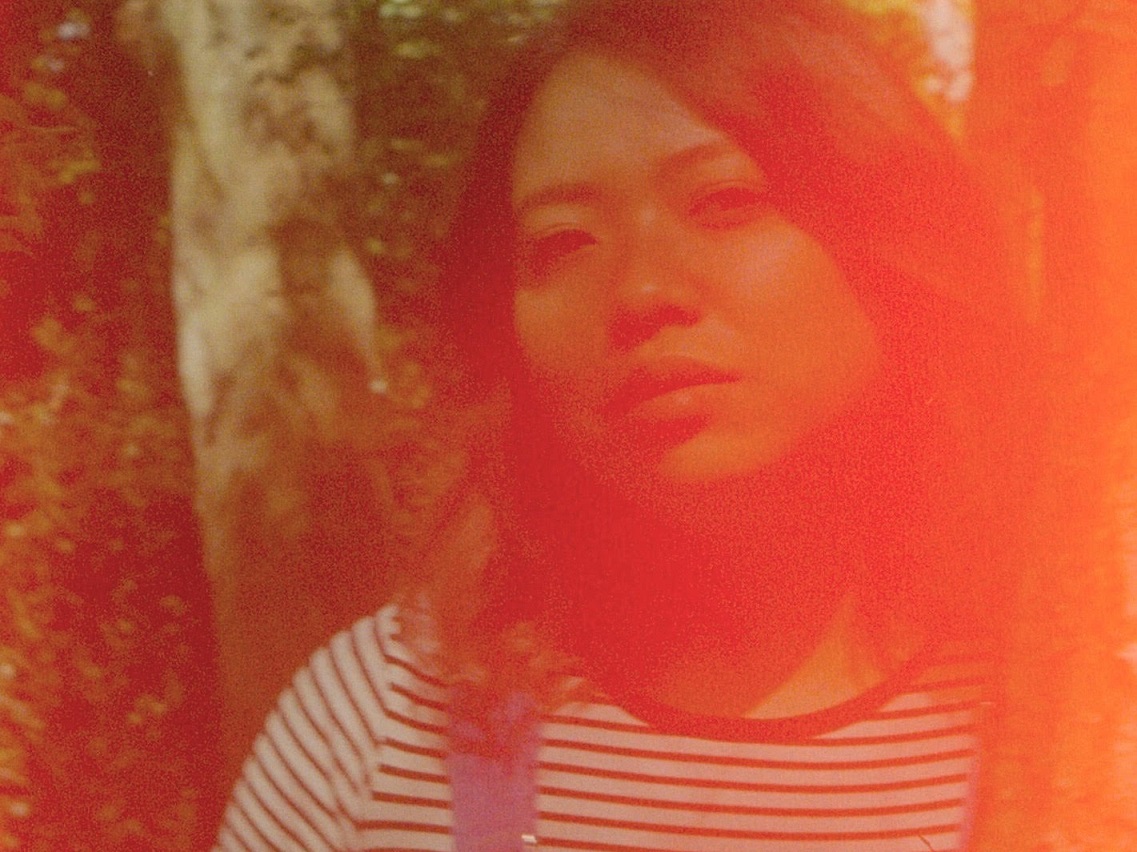 With a sound that makes you feel like you are one of the only people in the world, Dunebug is one to watch. The ex-Manchester, now London-based lo-fi dream-pop artist moulds together influences from the likes of Fat White Family and Japanese Breakfast to create a serene and intricate sound you’ll want to disappear into.

Dunebug’s new release, ‘Summer in Love’, teases us with images of summer – when ironically we have no choice but to listen from the confines of our homes. Gladly, there are few things more appealing than being alone with the company of her mesmerising sound.

I caught up with Dunebug to find out more about the new release and dig deeper into her world.

Tell us about Dunebug. What’s your story?

I’m very much a DIY artist in every sense of the word. I write, perform, record and mix my music in the comfort of my own bedroom with the cheapest equipment going. I’m self-taught at guitar. A lot of the riffs I write are based off what sounds “right” and good to me, as opposed to knowing the keys or the scales. Such a fluke.

Before Dunebug I was in an all-girl punk band (complete with tartan skirt and fishnets) back in high school, which is where my love for performing and writing began. I then moved on to my folk band Chi & the Twelfth Wall which occupied a few of my years. We played some pretty decent gigs, supported the likes of Lucy Rose and Slow Club, played a music festival in Amsterdam, and worked closely with BBC Introducing Manchester.

Your sound has been described as ‘music to fall asleep to in the bath’. Do you take inspiration from your own life or does it come from elsewhere?

Almost all my music is extremely personal. This can be quite dangerous, really, as it can be a way of re-traumatising yourself when you perform songs that are from a darker or more painful past. But at the same time, I enjoy writing music that’s personal, as I feel it’s a raw way of expressing emotion. I also like to write music that sounds like how I feel – my feelings of love, heartache, melancholy, are all reflected back not only in the lyrics, but also in the colour and shape of my music. I want my listeners to feel the same feelings I felt when I wrote these songs.

feelings of love, heartache, melancholy, are all reflected back not only in the lyrics, but also in the colour and shape of my music. I want my listeners to feel the same feelings I felt when I wrote these songs

Connecting and relating to my listeners is a big part of being a musician to me. I once had someone come up to me and say that they felt like one of my songs was written for them – that it echoed exactly how they were currently feeling, and that it was nice to know they weren’t alone in feeling this way. That is the biggest compliment I could ask for.

You had a five-year break from music after the separation of your band Chi & the Twelfth Wall. What was it about moving down to London that rekindled that flame?

I had a very sad incident happen which included a friend of mine committing suicide. He was extremely talented – an absolute inspiration. He always wanted to play music with me during my music hiatus, and I chickened out every time because I’d already accepted the fact that I was no longer a musician and didn’t feel good enough to jam with him. Once he passed away, I had an overwhelming sense of heartbreak, regret, and devastation. I didn’t know what to do with all those emotions, so I picked up my guitar, and I started to write. I haven’t looked back since. I just wish I could have a jam with him right now.

In what ways has your sound changed since those early days?

One big major difference is that I have ventured away from finger-picking an acoustic guitar and moved onto more riffy electric guitar, experimenting with different effects and guitar solos. It’s definitely opened up a whole new world to me, and it’s given me more space to be creative. Overall, I just feel like my music has matured alongside me as a person, seeing as Chi & The Twelfth Wall started when I was still a teenager. I’m in a different position in life right now, but it’s still nice to look back on my Chi & The Twelfth Wall days and reminisce about how much easier life was back then.

Who are your favourite artists to listen to at the moment?

Currently, I’ve got BOYO on repeat. He’s extremely talented (and so young!). He’s got a lot of music out there and I just love his chilled vibe. I’m also big into Brad Stank right now, with his sexy slow jams. Jay Som, Phoebe Bridgers and Sasami are huge inspirations of mine. I’m also really into Warmduscher, Baxter Dury, Fat White Family, and Crack Cloud – a big fan of the fuzzy, noisy and sometimes sleazy sounding stuff as well as the dreamy, melodic stuff. It’s good to have a mix.

Tell us about your new release.

“Summer in Love” is quite an upbeat track for me. It’s still a bit sad lyrically – it’s about falling for someone you meet in the summer and knowing that it’s not something that’s built to last, and that you have to eventually say goodbye. The music itself is quite chipper though, so I suppose it’s quite a bittersweet song. Quite a summery vibe which is handy seeing as we’ll probably be spending our summer in quarantine due to Covid-19. Maybe I’ll write a song called “Summer in Quarantine” as well.

I was due to play a single release gig at Lion Coffee and Records in Clapton, London with my band, as well as a couple of other gigs, but of course due to Covid-19, everything has been pushed back. So as I am unable to perform, I’m planning on maybe doing some live streams, writing some more music, and hopefully emerging out of all this with a new EP, then catch up on gigging. Who knows? Looks like we have a lot of time to figure things out whilst life is put on hold.

Listen to Summer in Love on Bandcamp.

The Northern Jazz Revival: An Interview With Jasmine

simon a. On Finding A Way To Go