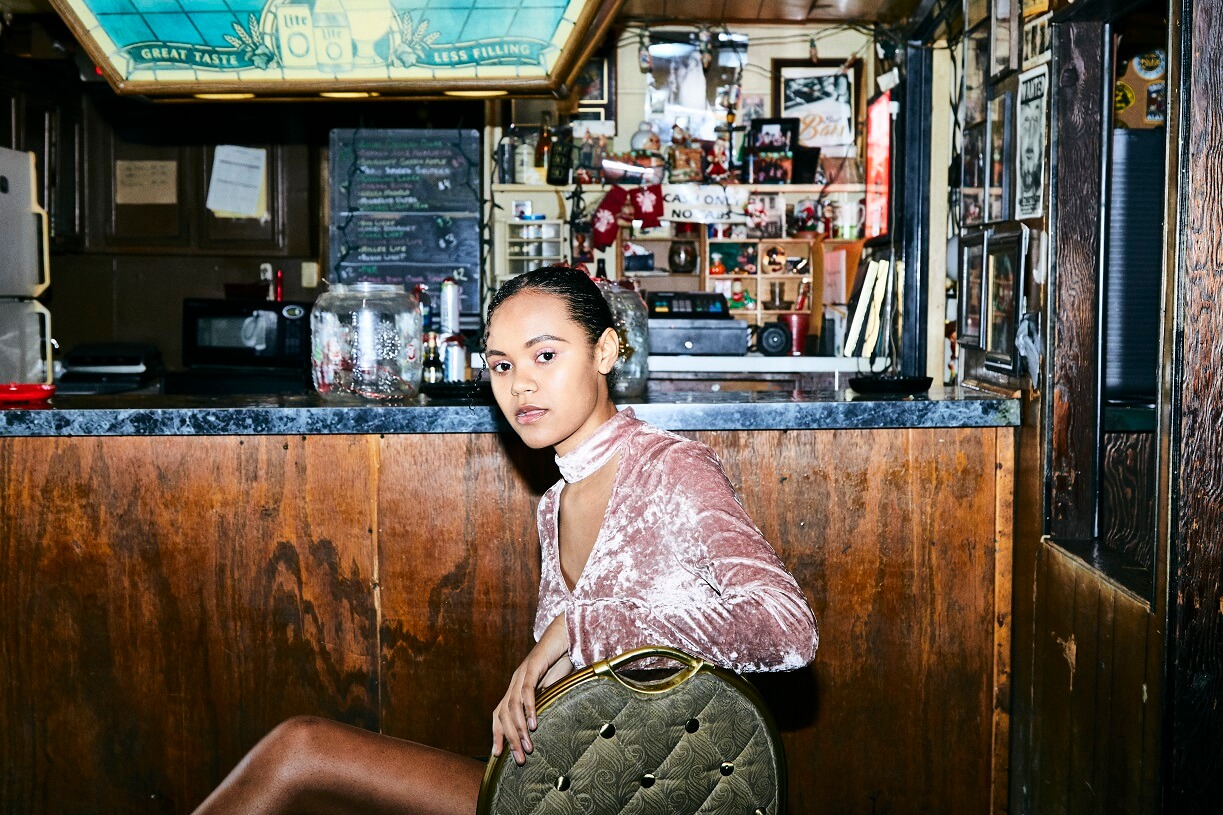 It doesn’t take much talking to realise that Lucy DK has squeezed a lot into just over two decades of life. And in her music, the Leicester-born indie RnB artist shares her life’s twists, turns, and lessons with a disarming openness and candour. We heard her latest release, ‘Family Drama’, and just had to speak to her.

Watch the visuals for ‘Family Drama’ here, and read on to find out what Lucy DK had to say about her journey, and her sound, and what’s gone into her music.

We’re loving your sound. Tell us a bit more about your new release ‘Family Drama’.

I wrote Family Drama after my absent father popped up after years of no contact. It was this huge moment that brought up so much unprocessed trauma from childhood. Music for me has always been my way of speaking about things I repress in real life. Aly – the rapper Lackhoney – is like a brother to me. He produced the track and features. I couldn’t have made a song like this with anyone else.

Tell us about your journey from Leicester to New York. How is New York – and what led you there?

Everyone loves to be a bit down on Leicester, but I’m so attached to it. I grew up in a pretty white town in the surrounding area so going to school in Leicester was a huge relief. I really needed that new mix of people and ideas. It opened me up. I became so aware of how much else was out there. After school, I moved to Nashville for a pretty life-changing four years and just a couple of months ago I moved to New York.

It was overwhelming at first. Exciting but exhausting. Now I feel more at home though. I really like how there’s no facade. The good, the bad and the ugly are all on display. You could do the wildest things in the middle of the street and no-one would bat an eyelid because they’ve literally seen it all before. It’s been very freeing to realise that.

Can you tell us more about the Nashville time?

Nashville became a second home to me. It’s an incredible city. But it didn’t always feel as welcoming as it does now. I moved there aged seventeen and the culture shock was huge. The music industry there isn’t always the most inclusive. I arrived a little naively with these dreams of “I’m going to be a country artist.” I love country music and I honestly think you can hear that influence in my work.

The point of hip-hop is to make it real, even if it’s provocative or controversial

But feeling like I wasn’t what industry people necessarily wanted or were looking for in that space was hard. It disillusioned me for a while. I spent time with more underground artists making lots of hip-hop and RnB. It reminded me not to compromise on the truth. The point of hip-hop is to make it real, even if it’s provocative or controversial. Actually, especially if it’s those things. So when I came back to my guitar, and writing all by myself, it was with this renewed intention to stay authentic.

Life’s taken you a few different places… What’s next for Lucy DK?

I’m putting out a project in January called waterlilies. It encapsulates all the work I did in Nashville. I’ve been making music my whole life but I feel like my career is only starting now. I’ve been learning so much, but now I’ve figured out who I want to be as an artist. After the project comes out, I’ll be digging into some new singles that I’ve made since leaving Nashville. One of them is called Peckham. That’s where I was living this summer with my sister. It’s all about this crisis I had of, “should I even go to New York? I feel so at home here.” But every time I move away I’m reminded that I’m not really losing anything forever. Whatever happens, I can always come back home.

Can you tell us more about your time in Peckham?

Living in Peckham with my sister felt like an opportunity to just live. I had been hopping from thing to thing for a while, had been deep in music, university, part-time jobs, big girl job applications. In Peckham, I could finally be calm, just working one job and making music on weekends. It opened up for me this life I could have there. With family, and close friends, and space to just be myself and comfortable. My sister had me on this wave of just looking after myself better than ever. Like cooking good meals, sleeping eight hours, taking down-time. I called the song Peckham as a kind of respect. It was there for me when I needed it, you know. It’s weird to say that about a place, but it was restoring for me. The song captures a moment of self-realisation. One of the lines is “why are you wasting your youth on this safety?” Literally writing that was the first time I realised “I don’t want to play it safe, I’m prepared to take a risk now.” Even though realising that was scary, it helped define my direction.

Any more hints about what’s to come with the waterlilies release?

waterlilies is a project I made in Nashville with a collection of different producers. The project is very confessional. Each song tells the story of a different relationship. But really it’s about coming to a recognition of self-worth. I was eighteen, nineteen, starting to date people for the first time. I found myself completely basing my value on the value boys placed on me. If someone didn’t want to see me anymore, that must mean I wasn’t pretty, smart, funny, kind, and so on. It got me very down and strung out, and I ended up in short-lived relationships that didn’t feel good. I was constantly seeking approval and validation. A turning point came when, in response to a “he dumped me” text spiral, my sister wrote me a poem. It began: “u are the waterlilies/they were beautiful before Monet painted them.” It really reframed things for me in terms of understanding how my value cannot be defined by someone else. It became a kind of mantra.

And finally – what are you listening to these days yourself?

I’ve been listening to an incredible artist called serpentwithfeet lately. He’s based in New York too and his music is really really beautiful. I started crying when I first heard it, which is always a good sign.

Keep up with Lucy DK at lucydk.com.