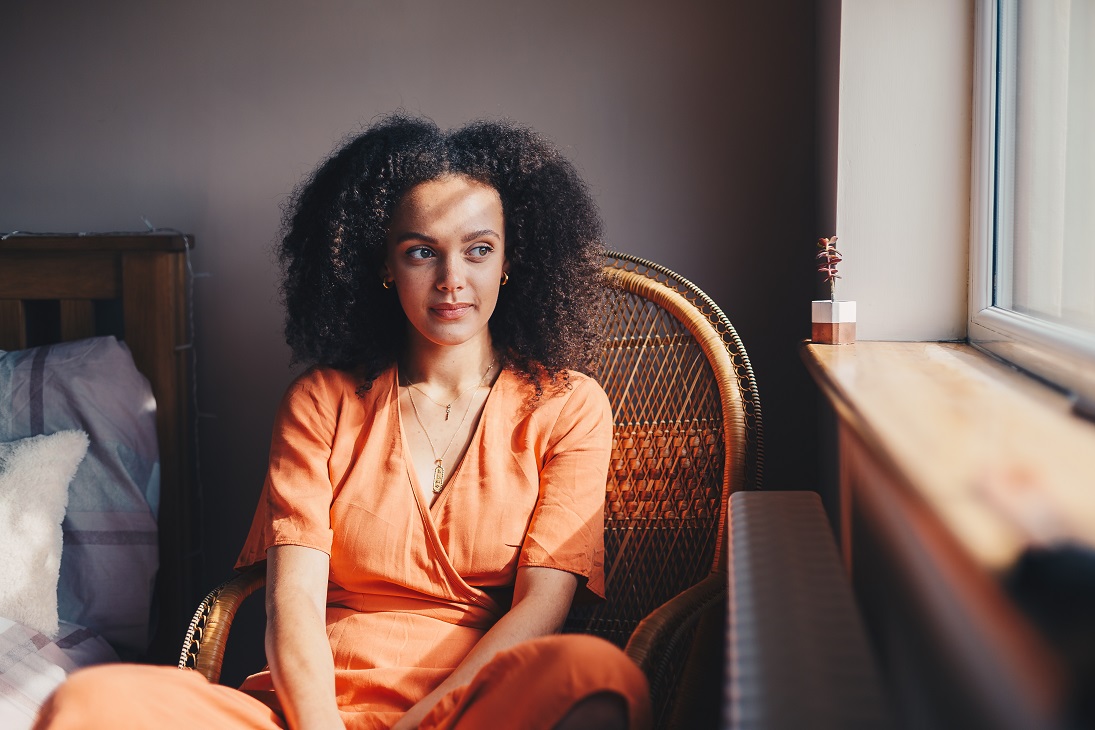 I meet Mali at the counter of a bustling Manchester café. “You look stressed? Don’t worry, you’ll be fine!” she’s telling a sunken-eyed barista as the sound of smashing crockery echoes around the space. We settle down to sip coffee, and I ask if she’s used to doing a second job like this. “Second, third, fourth,” she replies, confirming her empathy isn’t manufactured – it’s derived from experience.

Life as a budding musician comes with few frills. But her initial industry introduction, accompanying her sound engineer mother on international tours, was a far more glamorous affair. “I was only five or six at the time, but going to Brazil was really cool,” she says. “My Mum was doing the sound for Ronnie Size, and I remember being flown around and ordering room service and stuff – I was like a kid in a candy shop.”

Events like this shaped her adolescence, and combined with her family’s professional background, a music career was always on the cards. “My dad’s a singer, my grandparents are classical composers, and my uncles are DJs and singers, so it was kind of inevitable that it was going to happen,” she says.

Gilles Peterson later lauded her talents on BBC 6 Music, saying: “This is another one I think I’m going to be proud of in a few years. Remember the name, Mali Hayes”

Several years later, fresh from completing a degree at Leeds College of Music, Gilles Peterson’s label, Brownswood Recordings, chose her for their upcoming artists’ programme, Future Bubblers. This offered both funding and access to industry contacts, useful for someone at the apex of several life decisions, aged just twenty-one.

“It put my foot in the door and elevated my career,” she says. “I was paired with an agent called Claudio Lillo, who books for people that are massive influences – Jordan Rakei, Eliza. He’s put me on quite a few gigs over the years, which is really nice.”

National airplay followed. In 2016, Jamie Cullum selected her single “Jump” for his BBC Radio 2 show. Gilles Peterson later lauded her talents on BBC 6 Music, saying: “I was fortunate enough to play demos on my shows here at the BBC by Amy Winehouse, Lily Allen, Erykah Badu and Jill Scott. This is another one I think I’m going to be proud of in a few years. Remember the name, Mali Hayes.”

“He’s a really nice guy,” she says of Peterson. “You can just tell music is all he thinks about – it’s like it runs through his blood.” When we talk, she’s only just returned from performing at his inaugural UK festival, We Out Here.  “I was really honoured to be asked to play the first one,” she murmurs appreciatively.

Her run of summer shows come off the back of a June single release. “Stay with Me” shimmers with pace and vitality, sitting somewhere between Nile Roger’s New York disco and NAO’s East London electronic soul. Laced with Latin and gospel influences, Mali weaves her voice in and out of rousing backing vocals, before climbing into the final chorus line, fully uninhibited.

She tempers this energy with her sobering, often repeated, title lyric “stay with me.” The phrase develops in urgency and poignancy – beginning as a meek question (will you stay with me?) and ending as a howl of despair.

“We actually recorded the song about two or three years ago with my full band,” Mali explains. “We added some more electronic stuff, but I didn’t want it to lose its live element. Both I and Akin, who did the backing vocals, listen to a lot of different genres, and we both love gospel music – especially Akin as he comes from a church background. So that was also a massive influence.”

Earlier in the year, Mali put out another single – stripped back guitar track “Closer”. The song, a step away from her artistic roots, emerged when she began to question her natural songwriting style.

“I used to say I was ‘neo-soul,’” she muses, “but when I listened to my music, I was like: ‘I don’t think it is – I think that’s just what I’m very influenced by.’ My mum brought me up on artists like Erykah Badu, Jill Scott, D’Angelo, Musiq Soulchild, and I still listen to them now. But I really like singer-songwriter stuff as well, and I’ve come to realise it’s okay to do both.”

A subtle evolution is also emerging in her lyricism, trading out themes on love and relationships for those intended to spark activism. “I’ve got a single I’m going to release, which I’ve been playing at my live shows, that’s to do with the environment,” she says. “I’m trying to build a campaign around it and get support from different companies. I don’t only want people to hear the music. I also want people to take some kind of action – even just a small change that can help in the long run.”

I don’t like it when people try to force opinions on me, but the stuff that’s happening now with the fires in the Amazon, it’s like, why aren’t more people thinking about this?

As we talked, the Amazon rainforest fires were in the headlines. Mali used Instagram stories to increase awareness of these events to her followers – something she’s aware may not be to everyone’s taste. “It’s a fine line of trying not to piss people off and be really pushy,” she says. “I don’t like it when people try to force opinions on me, but the stuff that’s happening now with the fires in the Amazon, it’s like, why aren’t more people thinking about this?”

Besides these artistic developments, she has further announcements planned: “I’ve got two more EPs that I want to release, but when they come out, I don’t know,” she says. “But I have a lot of stuff in the bank, so to speak, which I’m really excited about – four, five, six recorded songs that are ready to be put together as a project.”

For now though, Mali seems to be carving out a new space for herself in Manchester’s musical landscape, slowly removing the layers of expectation that influenced her early work in favour of something more idiosyncratic. It’s an exciting time, but it’s also unnerving.  “I still don’t really know what I’m doing,” she laughs, her honesty infectious. “I’m just writing music that I like and releasing it. Do you know what I mean?” Irrespective, it seems to be working.