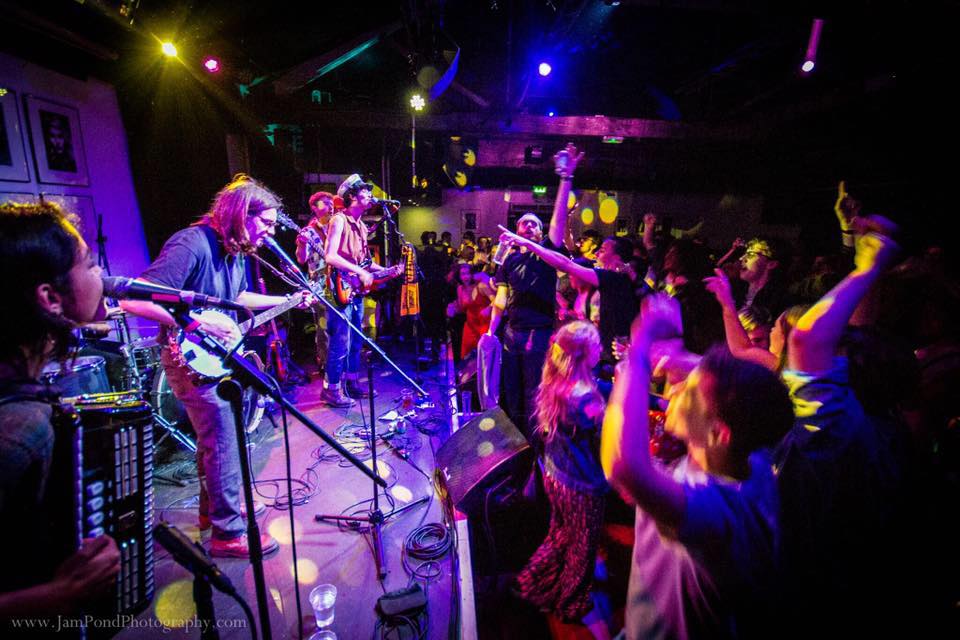 London is home to many of the top UK music blogs and online magazines. Naturally, it’s home to the heavyweights of the industry – the likes of Fact Magazine, The Line of Best Fit, Uncut, Drowned in Sound, and Stamp the Wax. But there are also many lesser-known London blogs that act as a gateway for new and emerging music. So whether you’re looking to stay at the cutting edge of London’s music scene, or whether you’re a new artist looking for music blogs to submit your music to, here’s a list of some of our recommended London music blogs to check out today.

RFB put on some great shows in London and on their online magazine they feature new releases and premieres from across genres. Everything they post is pure quality. Oh, and don’t be deceived by the name – it’s certainly not all rock!

Blatantly Blunt is a hip-hop, grime, and dancehall blog based in London, and it’s one of the best in the niche. On the blog they post new releases, interviews, reviews, and events news.

One Stop Record Shop describe themselves as ‘a London-based music and entertainment platform that fights for the underdog.’ They cover new releases and festivals, as well as interviews and features, spanning most genres.

Echoes Magazine is the UK’s essential black music monthly. Launching way back in 1976 as a newspaper covering soul, funk, and reggae, it became a monthly print magazine in 2000. Today, Echoes is also online, and now covers hip-hop, jazz, and R&B.

London in Stereo is a live music and gig guide for London, featuring listings, reviews, and features. It’s also distributed in print as a free magazine across London. It’s something of a go-to guide for the city, so look out for a copy in one of 400 locations each month and check it out!

Founded in 2012, UK Bass Music promotes underground bass culture throughout the UK and beyond. The website features guest mixes, interviews, and reviews for emerging artists from all genres of bass music.

Turtle Tempo is a music discovery webzine and events promoter based in South East London. They place a strong emphasis on providing coverage for undiscovered and emerging artists to help them build the recognition they deserve. A great goal that they are definitely delivering on!

Founded way back in 2006, The Blue Walrus publishes new releases and features covering indie, electro, and folk. They post some super interesting emerging and undiscovered stuff, and even a casual browse will land you with a couple of new finds. Check it out!

Hard of Hearing Music is a London-based blog that showcases a whole load of quality new music, surfacing some really good underground artists who are right on the cusp. Check out their radio show and live events too.

LONDONEARS has been active for years, and offers up-to-date, curated listings for gigs in London. They also have a Spotify playlist that’s well worth a listen.

Based in London and Brighton, Art Noise covers both music and visual arts and has been running since 2011. On the blog they feature live reviews and record reviews, as well as new release announcements.

Black Plastic is a London music blog that focuses on alternative and electronic music. They cover both new artists and some established artists, and it’s simply a top-notch blog for discovering new music. These guys also judge the Glastonbury Emerging Talent competition.

For Folk’s Sake is UK-based, with contributions from folk music lovers around the world. They cover folk, country, roots and more. It’s a big one in the folk scene, so if folk’s your thing – get involved.

RIght Chord Music is a London-based music blog whose goal is to ‘champions incredible unsigned and undiscovered artists and inspire people to discover new music.’ As well as featuring new releases, the blog has some great content on the music business, covering marketing and promotion. Check out their podcast too.

OK, technically Pink Wafer is based up north – but many of our readers are in London, and we do like to hear from London bands and musicians. So keep us in mind, and while you’re here, why not have a browse around our blog too.

Miroslav Kiss On Music Videos, Storytelling, and Breaking the Mould