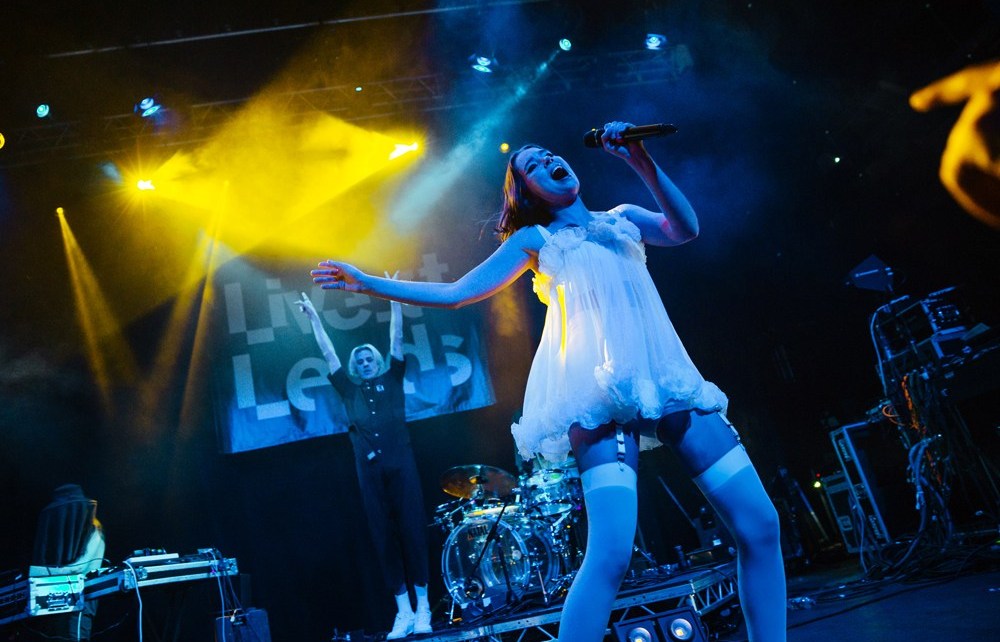 Thanks to the fantastic array of venues in Leeds, each year sees a plethora of amazing festivals and all-dayers take place in the city. Reflecting the vibrant and diverse scenes that have taken root, there’s plenty to pick from – with everything from late night techno hedonism, to DIY punk, to the soothing sounds of the burgeoning neo-soul that’s so popular here. Here’s our alternative pick of the best

This Must Be The Place

Situated on the August bank holiday, This Must Be The Place is an inner-city festival spanning two days. It occupies a comfortable niche between Leeds’ more DIY offerings and larger scale events such as Live In Leeds – echoed in the dual setting of Belgrave Music Hall and Headrow House. The programming, run by promotions group Super Friendz covers, everything hot and exciting going on in international guitar music, leftfield pop, and beyond. Previous headliners include Parquet Courts, Let’s Eat Grandma, and Bill Ryder Jones. Tickets are usually very reasonable for the packed line-up, which also includes food, films, and art each year.

Only two years old, Inner City Electronic has got off to a heady start, pulling in huge names to the city centre including Nina Kravitz, Helena Hauff, and Floating Points among countless others. It’s an absolutely packed lineup across just 24 hours – cramming over 70 artists into 11 venues this year. With such a huge line-up it’s unsurprisingly varied – with everything from pummelling techno through to live nu-disco. It’s not all about the sets, though. The festival encompasses an extensive programme of workshops, talks and master-classes to inspire the next generation of electronic musicians in the north.

Based at Leeds’ much-loved DIY practice space and venue, Chunk, the Renegades of Chunk mini-weekender is an absolute feast for those who love their music loud and full of guitars. 2019’s edition was headlined by Bong, The Cosmic Dead and local drum-assault five-piece Cattle. Previous guests include Cowtown and Crumbs. The event crams some 20 bands into twelve hours, and the whole festival goes towards raising funds to keep the space running. As music venues around the UK continue to struggle, we’d say that’d a pretty good cause.

Another DIY orientated festival, Salemango is now a multi-day affair after the success of the first two years. Celebrating the bewildering array of music in the city, the party draws on the incredible explosion of world music, jazz, and neo-soul coming out of Leeds at the moment. Previous guests have included some of our favourites Tetes de Pois and Long Legged Creatures, alongside post-punk upstarts Beige Palace. The patchwork quilt of artists, DJs and musicians is clearly targeted directly at provoking as much dancing and fun as possible across both night and day. We can’t wait for the next one!

World Island is another strand of the work of Super Friendz, and a relatively new festival in the city. After an outdoor edition in 2018 with Gilles Peterson, Loyle Carner, and Sampha, they knuckled down to present a more focused lineup as a Headrow House takeover this year. The lineup was no less exciting though, with Afriquoi, Biig Piig, and Skinny Pelembe amongst others – it’s also very refreshing to see a festival that’s so unashamedly focused on a particular sound and scene. Both in their takeover and regular promotions work, World Island promotes the best in the contemporary jazz, world, and soul scene. Details are yet to be announced for the 2020 edition, but we’re excited to see what shape it’ll take.

On the absolute other end of the musical spectrum, but no less focused, is Goth City. As you’d expect from the name it’s a festival that sets out to celebrate the rich heritage of gothic music and art in Leeds and West Yorkshire. It usually happens over a fortnight and doesn’t just cover music (though there’s plenty of that). The team join up with other organisations to present club nights, theatre, cabaret, and more. It’s all in aid of charity too, with proceeds each year going to PAFRAS (Positive Action for Refugees and Asylum Seekers). Situated across some of Leeds’ best independent venues, it’s a feel-good festival with morbid twist.

One of Leeds’ longest-running, and biggest, cultural events – the West Indian Carnival is an absolute institution in the city. Still led by its founder Arthur France, it holds the distinction of being Europe’s longest-running Caribbean carnival parade. Every year around the last Monday of August, the city centre holds host to a stunning array of costumes, food and music – with a massive live music stage in Potternewton Park. Prior to the main event there’s traditional events, including those to crown the Carnival Kings, Queens, Prince and Princesses.

Legendary Leeds venue Brudenell Social club also gets a look in with this two day celebration of grunge, shoegaze, psych, and punk. Previous guests include Cloud Nothings, Pigs x7, Yuck, and Fat White Family – so expect a loud, raucous offering in one of the city’s best sounding venues. Spread across the two rooms onsite, they regularly cram in a packed lineup of over 20 bands, so you’re sure to get your fill if you like your guitars loud, and your gigs sweaty.

Originally a small pop-up one-off, Jazz Leeds has exploded over the last two years to a full four-day affair, even with it’s own fringe festival. Aimed at a mix of ages, the festival takes a focus on both legendary performers and emerging new talent – including Andy Sheppard in 2019, one of Europe’s foremost saxophonists. Leeds College of Music has had a hugely positive impact on the music community in the city, and this festival is even more proof of that – they are the lead collaborator with the volunteer team. The festival has even bigger plans for years to come, so keep an eye out.