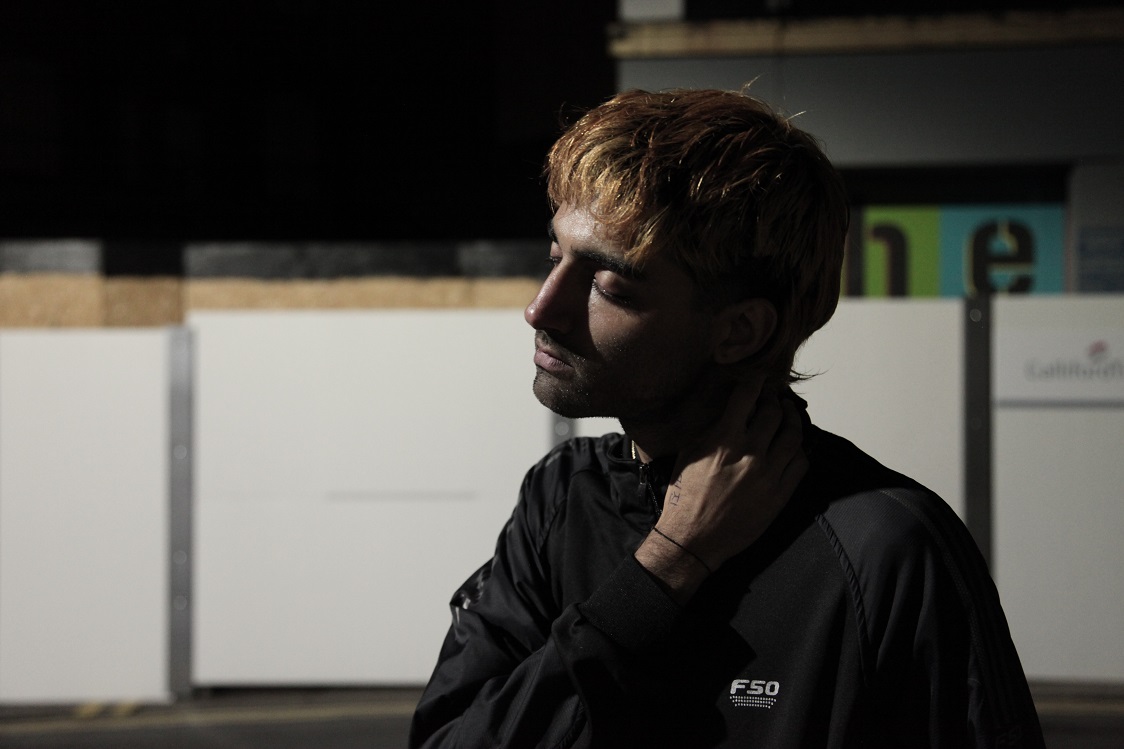 There’s an immediacy to Symrun’s ‘Soundcloud rap’ – at once glossy, noisy, and ambient – that’s difficult to deny. We were taken by his sound from the get-go, so we were glad to get the chance to speak to Symrun in person and delve deeper. It was no surprise that he had a tonne of interesting stuff to say about this project and its origins.

Check out the video for Where I’ve Been and read on for Symrun’s take on the nature of work, dealing with disappointment, and the eclectic mix of cultural influences that went into his forthcoming record Care Work.

Watch: Symrun – Where I’ve Been

We love the new record. Tell us how it came about?

The title Care Work was inspired by David Graeber’s book ‘Bullshit Jobs,’ where he concludes that those in society who do the most important work to keep society running – which is care work – are paid the least. Things like cleaning, caring, teaching and assisting. And those that do the least important – like finance, insurance, and real estate – are often paid the most.

Knowing that someone else felt this way and noticed this too kinda gave me a soft framework for my discontent, and when your inner discontent and anger has somewhere to direct itself, it makes being creative easier – for me anyway.

What about your previous music projects – this seemed to come from nowhere. What have you done in the past?

I’d been making music since I was 14ish. In the UK, especially in the Midlands and the North the only viable music scenes tend to be rock music based, so I grew up doing that. But it felt like there came a point when it was disingenuous to continue doing that kind of thing when I wasn’t really listening to it and hadn’t been into in any serious way for a while.

When your inner discontent and anger has somewhere to direct itself, it makes being creative easier – for me anyway

I’ve grown up watching US TV, and my earliest music memories that aren’t bhangra and Bollywood are Backstreet Boys and 50 Cent. So this music is a lot more natural to me in some ways than a lot of UK indie rock stuff I’d been doing for a while.

Tell us your thoughts on Soundcloud rap. How does your record relate to it?

I love it. Soundcloud rap is like a formula – you can just follow it and then put your own spin on it. It’s like painting by numbers but you get to actually pick the drawing. It’s super brash and you can say whatever you want. Because you can just upload, whenever, wherever, whoever – it means you get a more varied group of people taking part in the scene, usually linked by an unhealthy level of internet literacy – a low barrier to entry.

Where do you take inspiration from?

I love the American rappers Hella Sketchy, Playboi Carti and Lil Tracy, and the Swedish rappers Bladee and Ecco2k. I’m also inspired by a lot of the artists on my label TT, like Organ Tapes, Don Sinini and Litter Frog – I’m actually so happy to be on this label. Other than music, I’m inspired by my partner, who’s a filmmaker and curator and always gives me good art and film content to consume. She’s the plug. I love the folks on the podcast Chapo Traphouse. They get me through my darker moments – especially Matt Christman. I kinda love Instagram too. I love people acting sexy.

The lyrics on your record are pretty… mumbly. Tell us more about what’s going on there.

To me, singing and rapping is an expressive tonal thing. I don’t really try to make any sense. It’s a lot more about how I’m emoting. My lyrics are often just the first things that come to me when I hear my music, almost like call and response, or like a rorschach test. Obviously, there are discernable lyrics in there. But I think that the tone says more about the music than the words. I listen to a lot of East Asian pop – K-pop, C-pop, and J-pop – and I find that not being able to discern lyrics actually makes listening to music a lot more fun and relaxing.

There’s a part of me that just wants to exist as data. I’m over the human experience – it’s overrated

The themes of the lyrics that are there are largely about my disappointment in ‘real life’ – I feel like TV and Film sold me a dream that was never there, and I pretty much express that disappointment in different ways, in political themes or in lyrics filled with depression, anxiety, and dread. There’s a part of me that just wants to exist as data. I’m over the human experience – it’s overrated.

How earnest is this record? On the one hand it feels very genuine. But something else a bit it feels a little ironic, in an interesting way.

It’s 100% genuine. I take myself and my music seriously. I think I take everything really seriously – people actually find it funny how overly serious I can be I think. So maybe that’s what you were getting from the record.

What can we expect to see from Symrun in the months to come?

The release of Care Work on the label – TT on August 23rd, alongside an NTS show on release day – and some more music videos.  I’m looking to play live shows soon, and I hope to follow up Care Work next year.

Care Work is available to Pre-order on Tabago Tracks’ Bandcamp.

Oh Papa Have Nothing To Prove With Their New EP, Sitcom