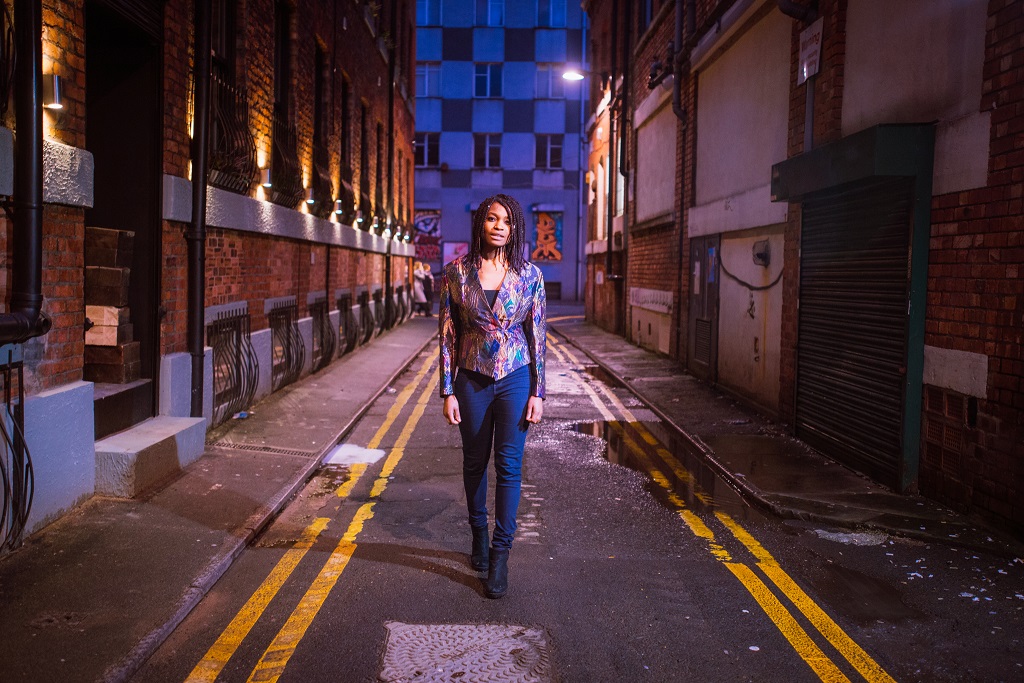 Yemi Bolatiwa is one of Manchester’s stand out vocalists today. But this isn’t something she anticipated when first arriving in the city in 2008. From open mic nights, to fronting funk bands, to house music collaborations, she found her voice amid the local scene and is emerging as a prolific, versatile, and in-demand talent.

On her 2018 debut EP, Takin’ Over, Yemi illustrated her abilities as a singer-songwriter, showcasing tracks that paired her rich, soulful tones, with lyrics referencing her life in Manchester. The record attracted the interest of BBC Music Introducing, and festival appearances followed in its wake. We talked to her about what she’s learnt about the industry, the importance of genre-crossing work, and her future plans.

As a Londoner, why did you want to move to Manchester?

I moved to Manchester to get away from the South and go to university. I knew I wanted to be in another busy city, and Manchester seemed the best Northern option. I studied international marketing and then worked in advertising agencies for three years. The environment wasn’t for me, but I got on with it and learned some good skills. When I left that job, I went on to do an MA in anthropology. But just before I began studying in 2013, I started doing jam nights and open mics in Withington. That’s basically when I began my journey with music in ‘Manny’. It’s been an organic process ever since.

Initially, you provided vocals to Manchester act Pareidolia. What did you get out of this experience?

Pareidolia is the band that formed off the back of open mics in Withington. Three young student lads were looking for a singer, and I seemed to fit the bill. They pulled together a band after a few jams, and we did our first gig within a couple of weeks. That was one of the best and biggest growth curves for me. I took on the bandleader role quite easily and learned a lot about bookings and venue liaison through managing us.

We wrote some amazing songs that I still believe in today. But we’re currently off the scene – partly because I decided to go solo, but also because life goes on and everyone is so spread out now, from London to Nottingham to Ukraine. Good things come to an end eventually, right?

You put out your debut EP, Takin’ Over, in 2018. What were some of the themes you wanted to explore on it?

The EP’s title track, ‘Takin’ Over,’ is a fun and kind of sultry song about partying late into the night and jamming to beats. It has heavy dub influences, as the song’s initial idea came off the back of a session I did with Unit 137 (a South-East London collective) in 2012. I wanted to bring the song back to life with my new band on the EP and make it into a bass-heavy, soul style banger, and I was lucky enough to get Benny Page and Epsile to do remixes. I added my BBC Introducing debut track, ‘Just Say,’ to the EP for good measure. It’s a homage to bass music and the night-time side of me.

You learn so much doing different projects. From stripped back soul and funk to heavy drum and bass, house music, reggae, dub and R&B – I can say I’ve tried it all. I know my weaknesses and strengths. I do a lot of covers and session work as a freelance musician, so I sing party songs, pop, rock and jazz. I also sing in The Feel Good Choir and Manchester Music Contemporary Choir, which is amazing. It really makes your voice do things it wouldn’t usually do – you’re teaching it how to move in different ways. Manchester fosters these kinds of collaborations. It’s the culture of the music here.

In a previous interview with Pink Wafer, you spoke about the need for ‘varied perspectives and projections of different life experiences’ within music scenes. Do you feel Manchester’s scene reflects the diversity of its performers and population?

I only know about Manchester’s music scene, so I don’t want to make too many grand statements, but I work with people who are all multi-disciplinary in terms of the genres of bands they’re in. Most vocalists and live instrumentalists I know play in jazz bands, rock bands, dub bands, and soul bands simultaneously. Everyone stays versatile – they cross germinate, for want of a better word.

In terms of diversity, every city, every band, everyone has a long way to go. We need more bands with players of different races and genders and so on in the mix. This will only improve what we have to offer – the creative outputs will be more interesting, and the scene will be more reflective of the global population, let alone Manchester’s. It’s happening, albeit slowly.

What does the future hold?

I have a music video, directed by Ellis Meade, coming out for a track with Kill Miami called ‘Comes Down To,’ which is pure R&B vibes. I also have a couple of solo shows coming up, one being a live drum & bass and jungle PA in Bristol with Boom Sound, which should be pretty lively. But I’m still planning my next steps for my solo progression, keeping it independent, and ultimately aiming to get more international gigs. I’m hoping to pull together an LP in time for my 30th birthday, but I shan’t give too much away!