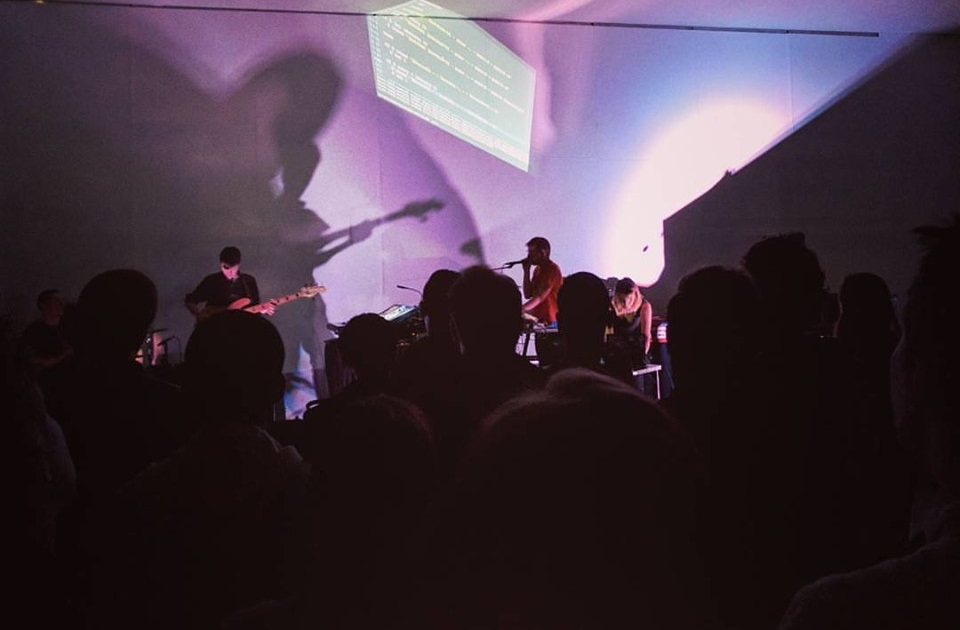 Heavy Bleeding is the product of a short-lived yet critically acclaimed collaboration between two of Sheffield’s most innovative music projects – Blood Sport and Heavy Lifting.

The self-titled record stems from a project which saw the experimental dance post-punk trio Blood Sport join forces with Algorave pioneer Heavy Lifting for a series of live performances. Their shows at Supersonic Festival, No Bounds Festival, and Algomech 2017 (supporting 65daysofstatic) earned them praise from The Independent and The Quietus.

Recorded in October 2017, the unheard archive record is out now, thanks to Pickled Discs.

Along with Heavy Bleeding, Pickled Discs are also releasing another Blood Sport recording – a sample pack that the band made for Tidalcycles, which is one of the main programs used in the burgeoning Algorave scene.