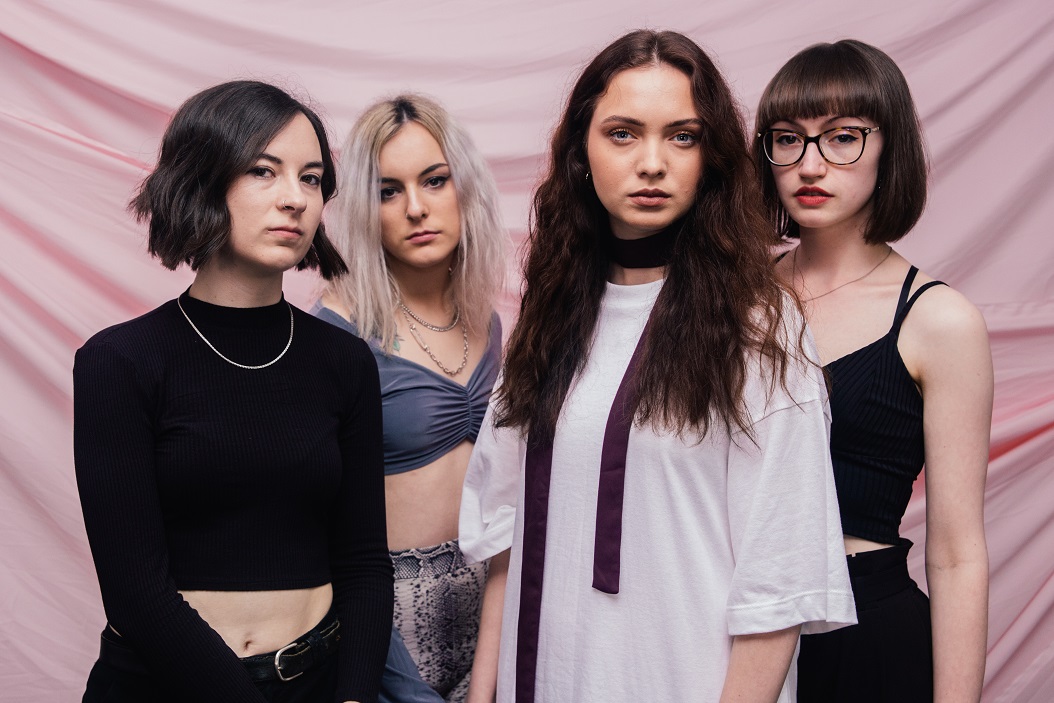 Every now and then Sheffield surprises you. Seeing Coco Don’t for the first time is that kind of surprise. Coming from seemingly nowhere, their debut single Go Go Go is a masterclass in synthy grungy pop. The combination of sparse, haunting vocal hooks, distortion, and nostalgic 80s production is irresistible. We’re expecting this to go down a treat.

Check out the video, and see below what they had to say about their dramatic emergence from a scene of ‘landfill indie.’

What’s the story of Coco Don’t?
Megan (vox): Angela (bass guitar) and I met through mutual friends in 2017 and decided that we’d start writing together and see what came out. We recorded a demo of the first four tracks, then last year we met Elaina (drums) and thought it was time that we tried to put a full band together. While we looked for a guitarist we shot a music video with the help of John and Matt at Telephonic, then late last year we found Hope (guitar) and that was that. Since then we’ve been busy getting ready for the release of our first release, Go Go Go, whilst continuing to write as we go.

How do you feel about the Sheffield music scene today?
Angela: Optimistic – some great artists out there like Joey Mojito and Reflecktor. I think the music scene in Sheffield is back on the upswing from over a decade of landfill indie.

Speaking of landfill, what do you feel about the label ‘indie’ in relation to yourselves?
A: Very indifferent, it’s like the word ‘pop’ in that it’s used all the time and it doesn’t really mean anything any more. As far as working with independent producers, promoters, etc, we’re ‘indie’ in the traditional sense, but from a musical that word can basically mean whatever you want.

Is indie dead?
M: I don’t think it’s ‘dead.’ If anything it’s more alive than ever. It’s just that genres are more derivative now. It seems very easy to pick a sound or a decade or whatever and say ‘we’re just gonna do that – we’ll just knock that off.’ As best as we can, we’re trying to avoid falling into that trap.

What are the lyrical themes of your songs? What are you trying to say as a band?
M: It varies hugely from song to song. Sometimes our songs are a ‘fuck you’ to someone who used to be close, sometimes they’re how I explain my feelings to someone else. Most of the time, lyrically speaking, they’re a representation of whatever is going on in my head and whatever I feel I need to get out on that day. Everyone needs to vent.

Which other bands in the North interest you today?
A: , Sun Echoes, Joey Mojito. There’s got to be a spark of creativity – something that gets into your head or something you can’t stop listening to or watching. Where is the northern Baxter Dury?

As a band of four women, what do you think about the Tramlines line-up this year?
M: We think there to be more women on the Tramlines stage. In fact – why not let it be all female next year? Joking. We don’t really care. There have been some incredible female musicians through the ages and some incredible male acts. If you’re good enough you don’t need patronising or pandering to.