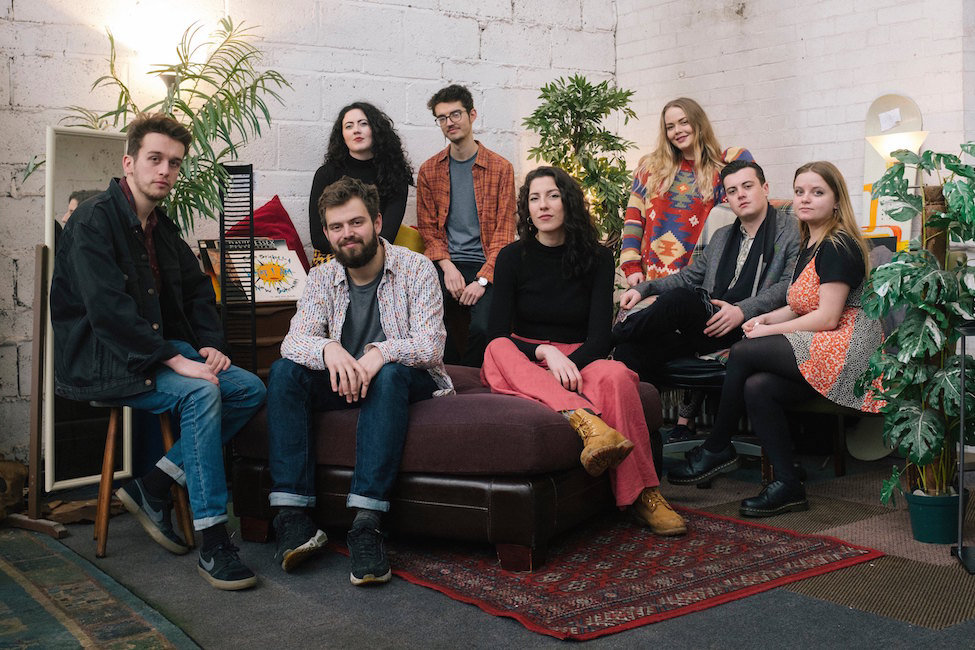 Leeds is a hotbed of musical talent right now. And Mamilah , without a doubt, one of the emerging bands moving it forward. We spoke to them about their place in the growing Leeds scene, breaking London, and what the North has to offer.

To kick things off, can you tell me a bit about the story of as a band?

We all met at university – we went to Leeds College of Music together so we would hang out all the time. It wasn’t until our second year, when the singer needed a band for her end of year recital, that she put us all together, and we all got on really well. So it was kind of an evolutionary thing. We started out with no horns, and people were added as we went along. It wasn’t ever really intended to be a band, but we started really liking it, so we kept going.

How does being part of an 8-piece band affect the songwriting process?

There can definitely be a conflict of interest. But quite often, what happens is someone will have an initial idea – whether it’s a beat or a set of chords, or something – and then when that idea’s brought to the group it inevitably changes. Ed, our guitarist, is doing a masters in composition so he’s really into songwriting. Then the horns will meet up to do the horns part, and then Lydia will write a lot of the lyrics, and a lot of the songs are influenced by that. But in general, it always takes a while for the songs to get to a point where we’re all like ‘yeah, we’re really happy with that.’

What’s the story behind the name Mamilah?

is a word from a Chilean tribe that has the most extensive language in the world, allegedly. The word itself means ‘the love shared between two people who both want to initiate something but are too scared to try.’ It’s lovely, and it could mean a lot of things depending on what context you put it in. It’s a bizarre one, because our main singer Lydia’s half Greek, so a lot of people assume it’s a Greek word.

How would you describe the sound of Mamilah, and who are some of your biggest influences?

I would describe our sound as quite traditionally soulful, but there are definitely elements of the new wave of UK and a lot of neo-soul influence. A lot of the people that influence us are the classics, so vocally Aretha Franklin and Etta James. Songwriting-wise we take a lot of inspiration from Amy because her tunes were all written super-jazzy and then kind of popped-up. Other big influences are Charles Bradley, Stevie Wonder, Nubiyan Twist. We’ve been really lucky because the Leeds music scene is so vibrant. There’s so much fusion of jazz, funk and soul – it’s really inspiring. It’s just music that makes people dance, isn’t it?

Could you tell us a bit more about the Leeds music scene?

The Leeds music scene is amazing. What we really like about it is that through the College of Music, there’s a constant influx of incredible musicians across different pathways. Because of the two big unis, there’s a massive student population, which means there’s a lot of venues that put on music. It’s quite a small city, and although it’s definitely expanding, it’s not on the same level as London or Manchester, so there’s a lot of opportunity for DIY. If you want to experiment with something, you can just go and do it for free. That really encourages people to try out new ideas, and if they fall, that’s fine, and they’ve done it to a really accepting crowd.

As musicians, have you ever felt pressured to move to London, and was it a conscious decision to stay in the North?

Cracking the London scene is definitely something that is still seen as really important, and we really like to gig down there. But we don’t see it as an absolute necessity. We can definitely have a music career where we’re based in Leeds. There’s so much good music happening in the North – Manchester and Sheffield are also amazing. We’re very proud to be a Leeds-based band. I think, inevitably we’re going to start moving here and because we’re all out of uni now. Some people are from London, and others want to go and experience what it’s like to live there. Maybe we’ll end up in London, but it’s not something we see as essential.

Are there any artists or bands coming out of Leeds right now that you’re particularly excited about?

Oh gosh, there’s so many. Obviously and Tetes de Pois, who have both recently released new music. Which is cool, because it really formalises the fact that there is great new music coming from here. Also, there’s a band called B- that is like neo-soul, beautiful vocals, amazing harmonies and really well-thought-out lyrics. There’s another band called Shaku – their frontman is just so charismatic, and it’s this amazing fusion of blues and soul and rock and just weirdness.

What can people expect from a live Mamilah performance?

They can expect a lot of energy and vibrancy. What we always want to exude is a really open and inclusive happy atmosphere. We want everyone to get up and dance. Sometimes the set might get a bit more chilled out, or reflective on the current political state, but overall it’s just a super happy experience, and hopefully people will leave feeling refreshed and excited.

And on a final note, do you have anything exciting coming up in the pipeline?

We’ve got a lot of gigs coming up in the next few months, all over the country. We’re playing Bristol for the first time which we’re really excited about! We’re hoping to record some more music soon. We’re definitely summer people, so the summer will come and festivals will happen and we’ll all be happy.

Meet K.O.G, The Afro-Fusion Pioneer Of The North

Reza Pahlevani: The Story Of His ‘Roozmaregi’ EP