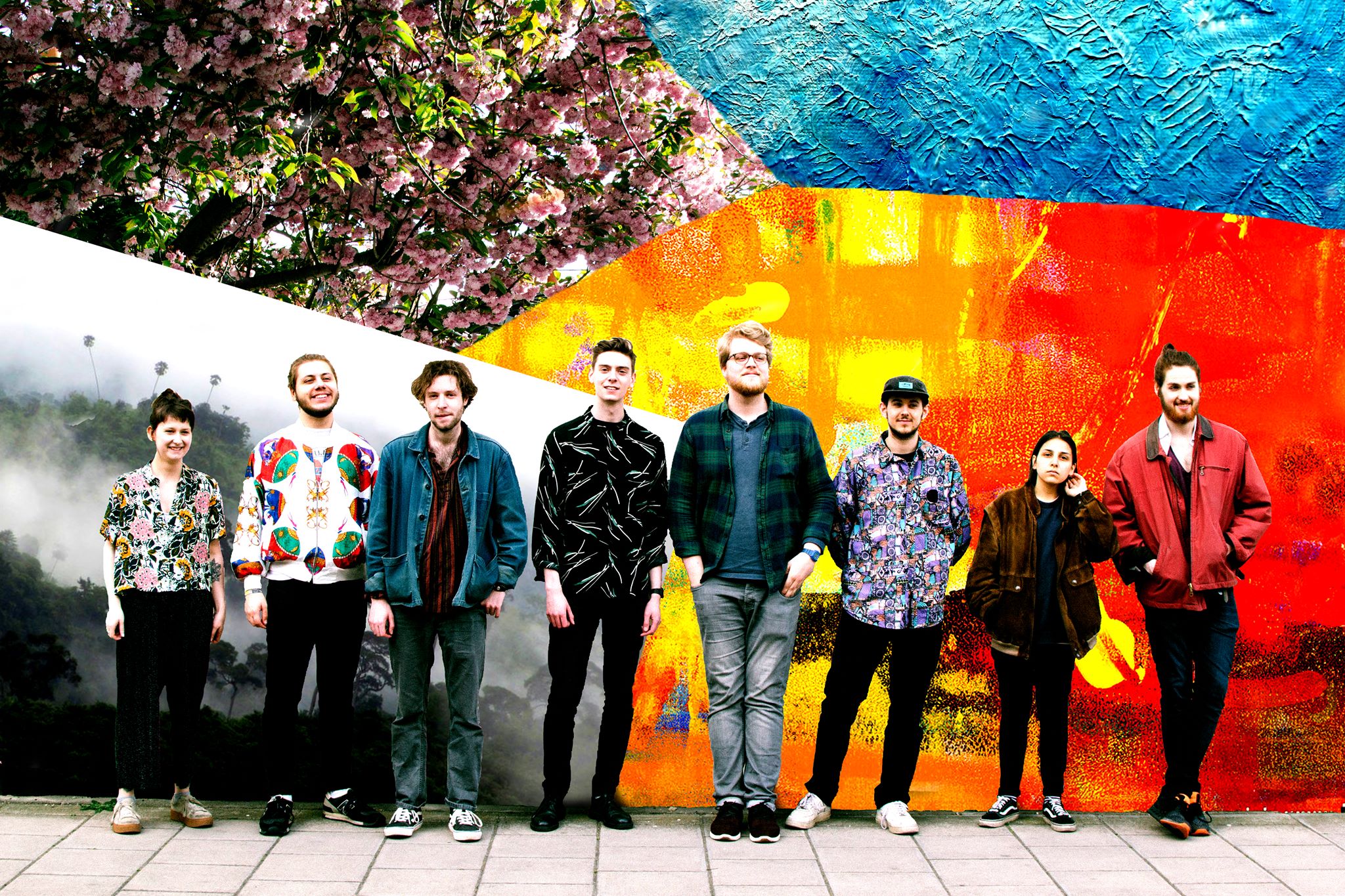 Têtes de Pois – that’s ‘head of peas’ for those of you who don’t speak French – make intelligent jazz, fused with hip-hop and afrobeat. Their music, like their name, sounds clever and sophisticated, and it is – at the same time as having an unmistakable wildness and groove. Deeply jazz-inspired, Têtes blend scorching brass lines and lush harmony with some deep, danceable beats.

had a quick chat with them about where they’re coming from musically, and what went into their new EP, Framework.

We all met at Leeds college of music where we studied jazz. We’ve playing together for over two years in which time we’ve hit venues such as the Wardrobe, Belgrave, and the Brudenell Social Club in Leeds. Further afield, we’ve played the , and the 100 Club in London, Yellow Arch Studios in Sheffield, Love Supreme Festival, Manchester Jazz Festival, and World Island. We’ve shared stages with Ezra Collective, Soweto Kinch, and more. We also won a Help Musician UK development grant towards our new release, Framework.

Tell me about your new record. What’s it about and what will you be doing with it?

is a 4 track EP that’ll be released on all platforms on the 1st of February at our launch at the Wardrobe in Leeds. It is an eclectic, collaborative collection of tunes we wrote together in the last year. It features singer Alice Kim (New Position), trumpeter Jack Davis (Mansion of Snakes, KOG and the Zongo Brigade) and saxophonist Rob Mitchell (Abstract Orchestra, The Haggis Horns) as well as our full lineup. It was recorded in ATA studios in Leeds by Tim Thomas. It represents an exciting, transitional snapshot of our sound, which we are still discovering more and more about. This makes it quite varied, and hopefully interesting to listen to!

Tell me more about being an instrumental band. Do you ever struggle with more ‘mainstream’ audiences?

Music is all about having fun and if we can communicate this to the audience, then I believe we’ve achieved what we’ve set out to do. Some musicians achieve this directly, with words. We don’t often have this weapon in our arsenal (thank you to Alice Kim for providing on the record, as well as great artists we’ve collaborated with on gigs such as Franz Von). I see being an instrumental band as more of an interesting challenge than a limitation.

What music – in Leeds or further afield – are you excited about right now?

At the moment we can’t stop listening to the music of New Position. Check them out. our friends in and Mansion of Snakes are making big moves.

What’s next for Tetes de Pois?

For now, the EP is the focus. We have a few gigs in February to go with it. Looking further ahead we’ve already taken a couple of very exciting festival bookings in summer, which we can hardly wait for!