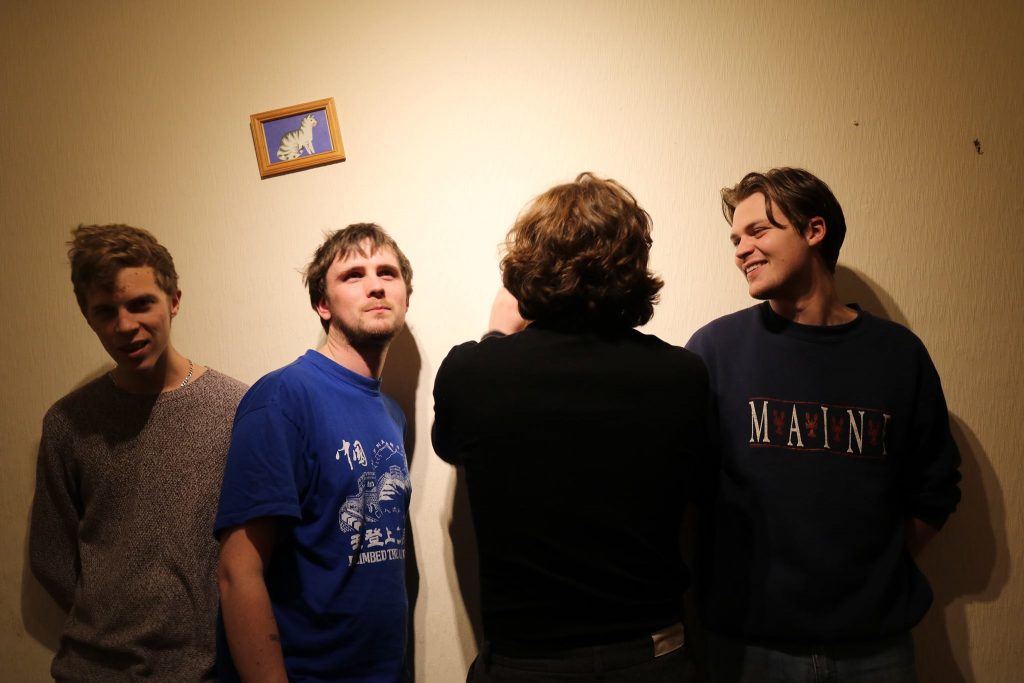 A band with a different feel to their many predecessors, you could mistake their leisurely disposition for the boyish arrogance that has typified the niche.

But give it a few minutes, and you’ll see that’s not what’s going on here at all. Forget brash, jangly guitars and whatever rock ‘n’ roll is supposed to mean in 2018. Oh Papa will make you take a step back and recalibrate what you expect from four white men with guitars in Sheffield.

Oh Papa’s music offers a restraint, self-awareness, and quiet self-sufficiency that you don’t expect from a Sheffield indie band.

Papa Les, an EP named after singer Jack Davies’ grandfather, is 19 minutes of gently lilting warmth. Think Mac DeMarco in a better mood, mixed with an anglicised take on The Thrills.

Daft, the opener, seems to carry emotional weight, with lines like “I say you’re the only one, you say that I’m daft/I say that I’m lonely, you turn round and laugh.” But heavier anecdotes like this are offset by a lighthearted delivery. In the end, such moments on the record come across not as a cry for help, but as a sort of endearing self-deprecation.

The delicate Clock Watching sketches a relationship hampered by the time restraints of going to work. This is another song undergirded by subtle humour. My favourite bit is the memorable image of a dejected lad throwing rocks at his lover’s window, “just to be greeted by a gentleman in his socks.”

The gentleman in his socks feels to me like the epitome of this unpretentious collection of songs. A little exposed, vaguely comical, and quite unexpected.

The EP is concluded by the title track, a tender and wistful tribute to the man you see on the album artwork. It’s not hard to see how the much-loved gent inspired the wholesome, leisurely beauty of this record, as Davies sings “I live for the days that we spent lazing.”

I can’t help but think how unusual and interesting it is for a band to place one of their grandfathers at the centre of a record. But that’s the sort of band Oh Papa are, and it makes total sense. They occupy a unique and fresh space within Sheffield’s musical landscape, and this record is a real treat.

Listen to Oh Papa on Bandcamp. Papa Les drops on November 23 on all major platforms.