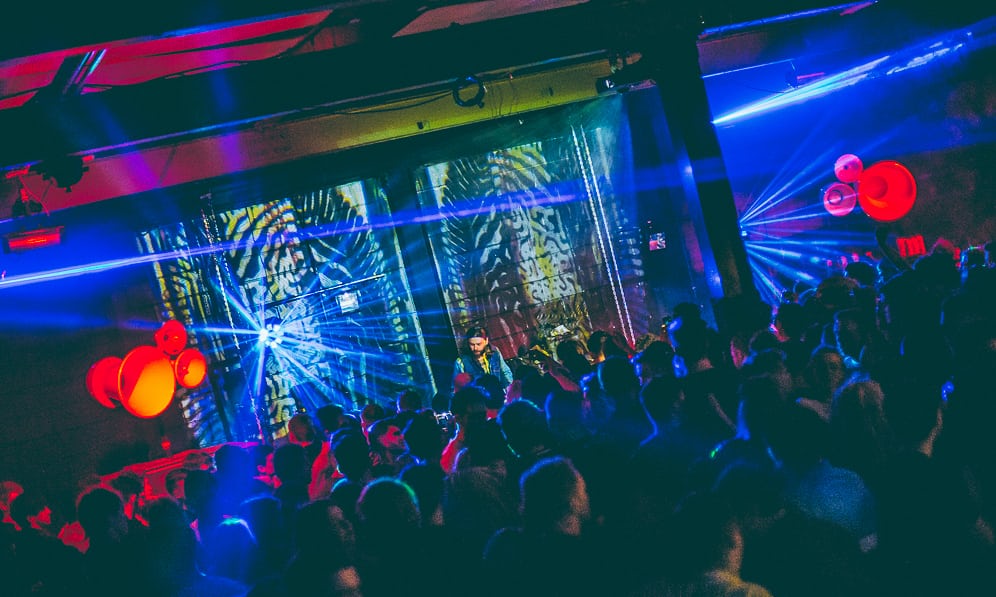 The second realisation of No Bounds festival will ignite Sheffield for one weekend as the days grow shorter in mid-October.

The roster for the three days promises a huge range of cutting-edge sounds and we are buzzing for it.

So what’s in store? The majority of artists on the No Bounds bill make electronic music, but that’s pretty much where the similarities end.

From Japanese distracto-ambient A-bee to free-form Jazz ensemble Deep Tide Quartet, No Bounds lives up to its name.

Taking place in a handful of Sheffield venues over the weekend, the all-embracing energy and the communal feeling of a packed club will be channelled in a variety of new and unexpected spaces across the city, as well as classic venues such as Hope Works, the central hub of the festival.

What follows is a rundown of some of our top picks on the bill (the full list of artists can be found on the No Bounds website), and a glance at the locations which will host one of the UK’s most exciting, challenging, and diverse musical events of the year.

The No Bounds line-up is substantial and eclectic, and if you just turn up, you’re bound to catch something great. But if you’re looking for a place to start, be sure to check out the following.

Henrietta Smith-Rolla, better known as Afrodeutsche, brings oscillating international flavours from over the Pennines in Manchester. With her debut album Break Before Make having dropped on SKAM records in May, we’re looking forward to hearing some of her new music.

From the heart of the algorave scene comes Algobabez. Gaining increasing national attention, this is a chance to check out the live-coding phenomenon in the form of Algobabez. I will be.

Haunting mesmeric slow-burning Swiss techno with live vocals. Aishi Devi‘s May release DNA Recordings has been making non-conformist waves on some of the biggest music websites around.

Bristol-based Batu makes the journey up from one innovative, hilly city to another to join the bill at No Bounds. His recent output on XL recordings bring hypnotic patterned fluctuations over drubbing bass, with hints of jungle and dubstep.

Chris Smith’s Sheffield-based label Central Processing Unit will fly the flame for techno and IDM in their home city. Their records are all binary code and sparse aesthetics, but the music is wide-ranging and plump with forward thinking expression.

I was lucky enough to see Daniel Avery play at Hope Works on Halloween of 2016 where, dressed in a smoking jacket and homemade Frankenstein mask, he bombarded listeners with techno which veered from mellifluously pleasant to downright marauding. Avery’s latest LP Song for Alpha is a pounding introspective Leviathan of beautiful decay.

Punk, noise, techno, drone. Powerful, serene, intimidating. Giant Swan’s sets are a mash-up of guitar, vocals and industrial techno, sluiced through multiple pedals. The heavier beat-directed swerve arose from one half of the duo breaking their arm and being unable to play guitar. Out of the rupture grows strength.

Juxtavoices, performing at the multifaceted warehouse venue The Holt, is an ‘anti-choir’ of twenty-five voices. Their performances anarchically wobble the line between chaos and order, the massif of vocals rutting and jutting like peaks and vales.

Rotherham-based boundary pusher Mark Fell pops over to Sheffield for who knows what. Installations, metallophone compositions, production, DJ sets – the excitement and boundless exploration of the late 80’s/early 90’s seeps into Fell’s work. A testament to the life-changing moments arising from the amalgamation of experimentation, dance music, and collectivity.

Paula Temple brings the beautiful terrible convulsive thump of industrial techno from Lancashire to Sheffield via Berlin. Is there a difference between sound and noise? Temple’s explorations in noise result in tremulous sets, pummeling remixes and creeping, unexpected grooves.

Volvox is a New York based DJ, whose sets toe the line between dreamy and rambunctious. Her Dekmantel Boiler Room set with Umfang is a teasing, uptempo triumph.

So where’s it all happening?

No Bounds will centre around Hope Works, spreading out to new and exciting spaces throughout the city. Here’s a quick low-down on the festival’s venues.

The festival’s main venue, Hope Works, in Sheffield’s magnificently gritty industrial heartland, has morphed from a first World War weapons factory into one of the North’s most renowned electronic music venues.

A quick scout of the artists they’ve hosted since 2012 indicates their stature, from off-kilter Nordic pioneer Baba Stiltz and inimitable sound-surgeon Floating Points, Sheffield electronic artists The Black Dog, and Chris Duckenfield, to big-name house and techno DJs like Jackmaster and Nina Kraviz.

Normally a two-room set-up with systems to shudder your sinews and an outdoor area with projections acting as industrial portals, texture on texture.

Trafalgar Warehouse, lurking just down from Devonshire Street, will be realising No Bounds’ city-centre goings-on. The festival has ‘unprecedented access’ to completely transform the space, which serves as tabula rasa for, amongst other events, Sheffield DocFest.

No Bounds have announced The Holt on Arundel Street as the hub for an array of improv acts. This ‘otters den’ down the bottom end of town will be hosting Juxtavoices and Deep Tide Quartet amongst others. Day tickets are available for the evening avant-gardists.

Keep your goggled eyes peeled for an underwater installation at Heeley Swimming Pool as well. Rave on waves under waves.

Musical diversity and innovation in the Steel City

‘We know that homogeneity is the death of ambition,’ No Bounds proclaim on their website, ‘and the best ideas, and the best parties, come from involving the biggest possible range of people.’

Sheffield welcomes others; it was the first city of sanctuary in the UK. Although the city has a tenacious pride, sometimes bordering on insular, it is historically also an epicentre of innovative industry and activism.

This confluence of musical streams converging in Sheffield’s industrial heartland – the Don valley – parallels the city’s rise as a pillar of Northern ingenuity and forward-thinking. Were it not for the combined power of Sheffield’s five rivers, the wheels which yielded the steel would not be turning.

Just like the subterranean waters rushing through Sheffield’s Megatron, No Bounds’ aquifers bubble up from far afield to surge through the Sheffield underground, bringing the new, transforming the old and dousing the city in sound.

Tickets are available at Resident Advisor from £35 for a weekend pass or £10 for an improv stage only pass. 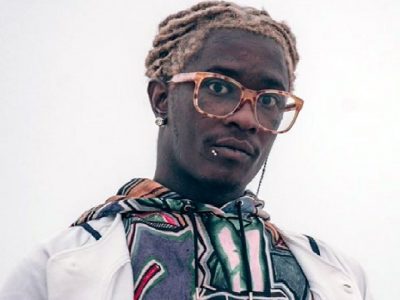 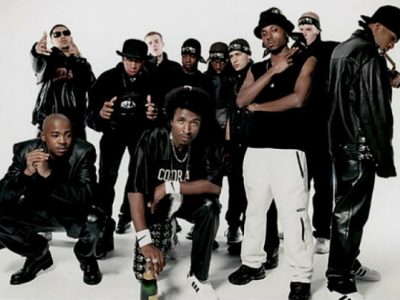 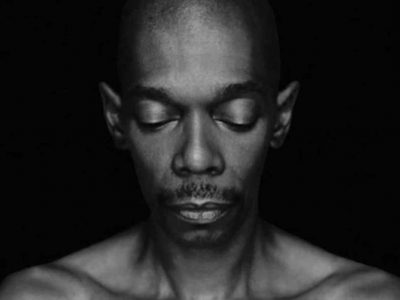