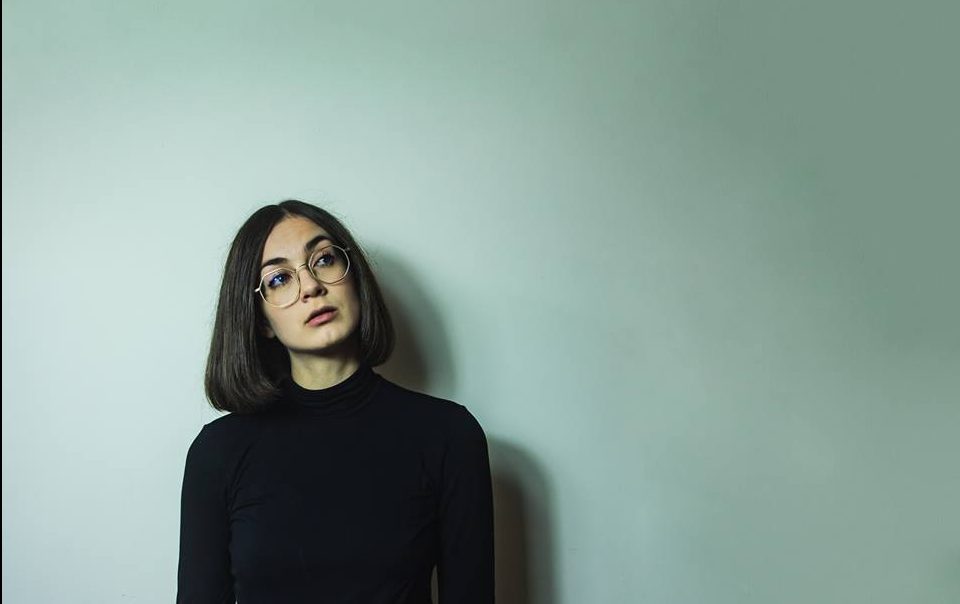 LIO has been building her profile as a solo artist for a few years now as she’s traveled between the Netherlands and the UK. With her new band behind her, and a string of singles lined up, she’s about to turn things up to the next level.

‘I’m from a village around Eindhoven, which is very design-focused,’ she tells me.

‘It’s very artistic, but visually – not musically. I never felt so much creativity there as I experienced in Sheffield.’

If you ask me, Leonie Sloots – the frontwoman of LIO – has drawn on the best of both worlds. Music may be what’s important to her, but seeing her recently launch her single in a silk suit and octagonal glasses, it’s clear that Leonie knows how to make a visual impact, too.

An anglophile since childhood, Sloots has much to say about her affection for Sheffield, the home of some of her favourite bands growing up, including While She Sleeps and Bring Me The Horizon.

‘I never felt so much creativity as I experienced in Sheffield’

So after spending a year as an international student at the University of Sheffield, she made it her mission to get to know the people who lived in the city.

‘I wanted to see if I could live in England, so I stayed around a bit longer and started getting to know people from Sheffield itself, rather than just students.’

‘I went to open mic nights, and made a lot of friends. Then I met more people along the way – you know how Sheffield is – you go on a night out and then you’ve got ten more friends by the end of it.’

‘When I got to the point of having to move back to the Netherlands, I didn’t want to go. But I had to finish my masters. I moved back to Sheffield the day after my graduation ceremony, because I had gigs to play at Tramlines.’

In recent months LIO’s sound has matured and blossomed, as Sloots has brought in new members to add synth and drums.

‘It gives my music a different atmosphere, and a deeper layer of what I can do.’

‘In writing music as well, it means you’re not stuck with “all I can do is sing and play guitar and that’s all I have to play with.”’

‘So it’s exciting to explore new possibilities, and build it up in the studio.’

One thing the new line-up has not changed is her focus on vocals.

Sloots immersed herself in musical theatre as she grew up – an influence that continues to have a huge impact on her song-writing and sound today.

‘I started out writing folky songs, but it just didn’t suit my voice.’

‘I did musical theatre to a semi-professional level from the age of 12, so it massively influenced me. My first musical was Peter Pan – I was type-cast, because I had glasses, so I played John, the brother, running around in my pyjamas.’

Digging deeper, it’s clear that these early experiences of musical theatre continue to drive her today – and explain the sense of ease and comfort she emits during her live shows.

‘When I stopped doing musical theatre, I wanted to be on stage more. I wanted to be in that moment of complete relaxation but also tension – there’s so many mixed emotions when you’re on stage.’

‘I wanted to be in that moment of complete relaxation but also tension – there’s so many mixed emotions when you’re on stage.’

‘That combination is always such a nice outlet for me creatively. But also as a person it makes you complete. I wanted that more often.’

Bringing it back home, Sloots has a lot to say about the artists she shares stages with in Sheffield.

‘One of my favourite bands from Sheffield at the minute are Heavy Lids. They supported me on my single launch, which I really wanted. I love her voice – vocals are so important to me – it’s always the first thing I listen to.

‘Another band I like is Ten Eighty Trees. Mainly because he has an amazing voice – he’s very good with his falsetto. If the voice is there, I’m already half sold.’

‘I really like Oh Papa as well. It’s so nice and chilled – on a summer’s day, listening to Oh Papa.’

Venturing out from her favourite spots in Sheffield including Café Totem and The Washington, the coming months will see LIO performing in cities in the North including Manchester, Leeds, and Nottingham – with the promise of two new singles in the pipeline.