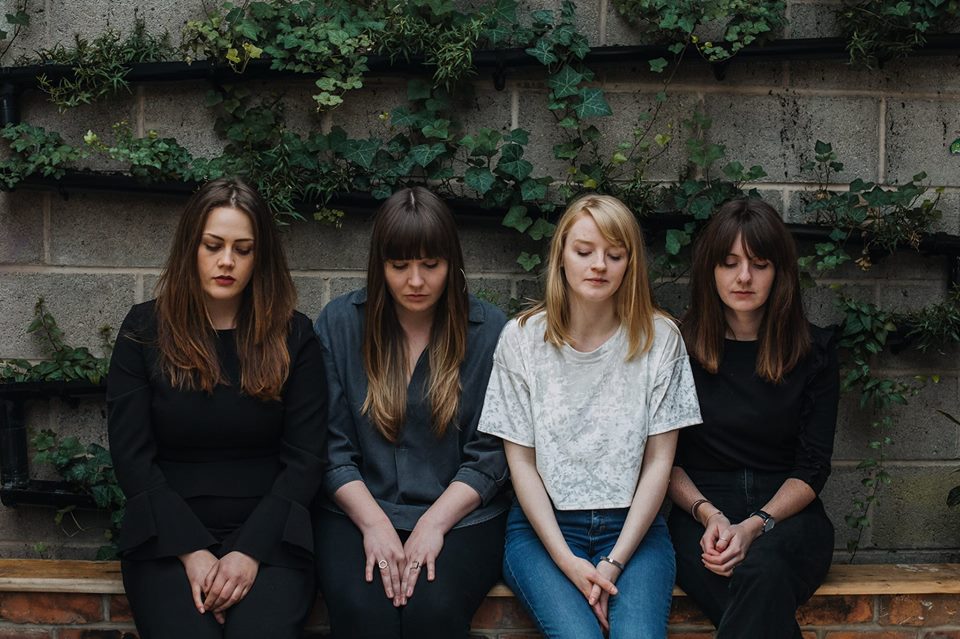 Sticky Sweet, the debut EP from Sheffield-based Before Breakfast, is a folk-pop mini-masterpiece.

Here is a band with something to say, and they’re saying it extremely well. Before Breakfast list among their influences the likes of Kate Bush, Marika Hackmann, and Bjork – and I suspect that were these acclaimed artists to hear Before Breakfast’s new release, they would be flattered to know that they played a part in its inception. Such is the calibre of this polished, powerful release.

Sticky Sweet is the four-track debut EP from Before Breakfast. It follows two earlier singles, Fat Child, and Body – the second of which concludes the new 16-minute release. As the titles suggest, body image is a strong theme here, and it’s dealt with candidly. It’s dealt with heroically.

The record opens with the visceral and intimate title track, Sticky Sweet, and an irresistible nod to Lewis Carroll’s Alice in Wonderland. It’s dark, brooding, beautiful, and it literally made the hairs on the back of my neck stand up.

Lead singer Gina Walters delivers often stark lyrical content with an ironic elegance and subtlety. In Sticky Sweet, it’s “My stomach lining’s turned to syrup, sticky sweet/it pools at the base of my spine dripping down my legs to my feet,” before, plainly, “I think I’ve drunk too much, I’m gonna throw this sugar up.”

A little lighter is the second track, Caravan. The whole record has a certain theatrical feel, and in the best possible sense, you can almost imagine this song fitting in a musical. In this scene, the protagonist fails to find the comfort she expected in her coastal hometown. It’s nostalgic and it’s also charming, but this, the most delicate piece on the record, is somehow the most heartbreaking.

The theme of transgression – real or imagined – recurs in many of Before Breakfast’s songs. In Sticky Sweet, the transgression revolves around diet. In Something Good, it’s relationships – specifically affairs. It’s their particular way of grappling with the sensuous, the forbidden, that makes this record both unusual and mature.

Like the EP’s title track, Something Good is overtly sensual – “drink me in as I sing on her stage/my body moves in order to persuade you” – and like the title track, it’s about the desire for gratification, captured in the simple refrain, “tell me something good.” It’s also, incidentally, at this moment in the record that we hear Walter’s voice at its most powerful.

Body, finally, is at once the most direct and least descriptive song on the record. Despite its title, it’s less about physicality than other tracks on the record, and it focuses – surprisingly, or perhaps revealingly – on emotional numbness. It’s also the track with the biggest, punchiest hooks. It’s a poppy banger, with great production (by the ever-impressive Nicholas Alexander), and it epitomises what this amazing group are about.

Sticky Sweet is basically a bonafide miniature masterpiece from this emerging Sheffield band.

Preorder it now on Bandcamp.