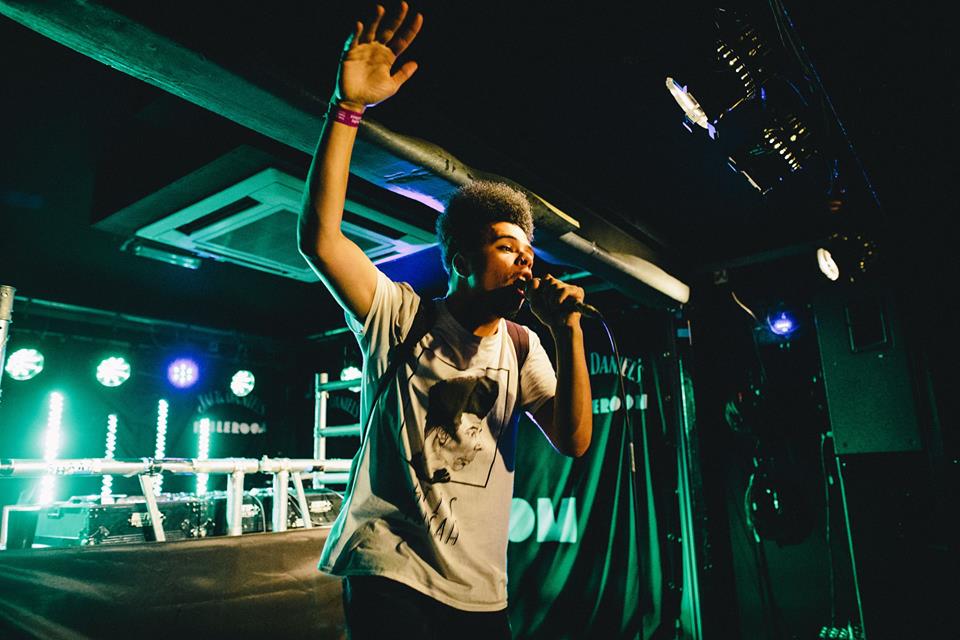 As a relatively small Northern city, Sheffield punches above its weight with its musical output. Over the last two decades, we’ve seen a massive variety of amazing Sheffield bands and musicians rise from the Steel city’s seven hills.

From the glory days of Warp Records to the Arctic Monkeys (and the ensuing wave of many bands like the Arctic Monkeys), the city has several prominent musical exports. But besides these often-mentioned examples, a number of cutting edge artists from genres as diverse as folk, hip-hop, and afro-fusion call Sheffield home.

In this article, we’re going to get beneath the skin of Sheffield’s music scene to reveal some of the underground and emerging artists that you should know about. The first 20 artists are current bands and emerging artists. The final 5 are world-famous bands from Sheffield.

Pop-indie-folk duo Before Breakfast are without a doubt one of the most talented bands from Sheffield to emerge in recent years. Big melodies and beautiful harmonies sit atop dramatic piano and cello arrangements to give you goosebumps.

As melodramatic as it is sensitive, their sound draws on classical, folk, and pop influences. Since the release of their debut EP, 2021 saw the band drop a string of singles, culminating in the lush and atmospheric ‘Inner Wisdom’. Listen here on Spotify.

Their live shows are something special, with drums and double bass providing the backdrop to Aziza’s electric vocal delivery. Listen to their debut EP, One by One via Sounds Like This Bandcamp.

Alternative hip-hop artist Otis Mensah has been making waves across the UK and internationally with his vocal skills, his introspective, deeply poetic lyrics, and the cutting-edge experimental hip-hop producers he has worked with. Picking up support slots with the likes of Wu-Tang Clan’s Killah Priest and Mahalia, this artist’s rise has been a joy to behold.

Recent years have seen Mensah collaborate with the likes of Hemlock Ernest (Future Islands) and drop a string of brilliant, lo-fi jazz-hop singles. His live shows are something truly special, combining his tracks with spoken word, and experimental improvised moments. Follow him on Youtube.

This mysterious band have been quiet in the days since Covid – we’re hopeful for a re-emergence imminently. Check out Momento Mori on Bandcamp.

London born and of Yoruba descent, Afrofuturist seigfried komidashi is a poet and saxophonist currently based in Sheffield. His enigmatic music combines elements of jazz, ambient, and DIY drawing inspiration ‘from the beauty and chaos of the world around us.’

Part of Gilles Peterson’s esteemed Future Bubblers cohort, seigfried’s soundscapes are transportive and otherworldly. Check him out on Bandcamp.

Sheffield is home to some of the UK’s most critically acclaimed folk musicians, and The Rheingans Sisters are a prime example. The pair are adored in folk circles across the UK, and their latest album Bright Field features some staggeringly beautiful moments.

Watch the video for their award-winning single Mackerel, which beautifully explores themes of life and death in Senja, a remote island in north-west Norway.

Speed for Lovers are known for their stellar live show, with a dance-focused synth-heavy sound that combines synth, bass, drums, and vocals. They are without a doubt one of my personal favourite bands from Sheffield to watch.

The trio blend elements of indie, new wave, electronica, and house, reliably delivering one anthem after the next. Check out their latest release, ‘Remnants.’

Drawing on post-punk and psychedelia, with lyrics in English and Welsh, Sister Wives are one of the most interesting bands from Sheffield on our radar right now. Spawned from the legendary Delicious Clam DIY space, Sister Wives combine hypnotic rhythms, fuzzy bass, analogue synth sounds, and ghostly melodies.

See also  Dreamcore Aesthetic: A Deep Dive Into The Uncanny

The four-piece draw heavily on nature, folklore, and animism in their lyrics, creating rich, evocative sound worlds that hark back to something that feels ancient and powerful. Check out their full discography on Bandcamp.

The tropical carnival extravaganza known as Mango Rescue Team are a wild latin-punk troupe known for their tremendous ability to get people sweaty and moving. The originators of Sheffield’s psychedelic and tropical ‘scene,’ Mango Rescue Team made a name for themselves at festivals across the UK including Boomtown and Shambala.

With most of their songs in Spanish, the band boast a powerful 3-piece brass section, featured heavily on their 2020 EP, Azucar. Reminiscent of the likes of Manu Chao, Mango Rescue Team promise festival vibes all-year-round. Check out the psychedelic carnival moods in this live video of Melocoton.

Jackie Moonbather’s sound is constantly developing. From the DIY-soul sounds of his mini-album The Month of May, Jackie has gradually moved in a more an electronic direction, culminating in his latest release – the ambient electronic record We While Wait.

The gentle, soporific soundscapes of the Sheffield producer’s latest record float by like little clouds – and it feels more-or-less like 17 minutes of perfection. Listen to While We Wait on Spotify.

James Ewan Tait is an underground songwriting mastermind in the Sheffield music scene. His recent EP, Everything, loads, all the time, forever, is a rich journey condensed into four masterfully crafted songs.

Combining the art of song-writing with inspired lyricism, experimental guitar work and big, crooning vocals, James Ewan Tait comes highly recommended. His video for Lime Grove shows him at his best ever.

Rogue Siesta create soulful, bluesy reggae with elements of rock, and they are experts at getting a crowd moving. This Sheffield band pull off super tight reggae and dub rhythms, and execute the whole thing perfectly. Their warm and fuzzy vibes make them an absolute joy to see live, and in short, Rogue Siesta represent a large proportion of what’s good about music in Sheffield.

Their whole back-catalogue feels like a collection of reggae-rock classics – and they’re all Rogue Siesta originals. Watch this high-energy live video of their banger, Bear Trap.

K.O.G is without a doubt one of the leading afro-fusion artists in the UK today, if not the world. The level of energy, showmanship, and skill that he brings to live shows is simply on another level. Recent times have seen K.O.G elevate the live shows of Nubiyan Twist, as well as his central involvement with Afrofuturist project ONIPA.

His solo projects, including the K.O.G & The Zongo Brigade album Wahala Wahala are also outstanding. Make sure to catch him on his 2022 tour for a glimpse of an artists who continues to up his game with every passing season. Check out all his releases on Spotify.

Oh Papa‘s dreamy surf pop music is irresistible, and they deliver it with understated brilliance. Ever since their debut EP Papa Al, the Sheffield four-piece have been perfecting their distinctly calming sound.

Tastefully minimal drums and bass, guitar slides, and restrained vocals characterise their 2021 single, ‘Salut Sue,’ which solidifies their sound more than ever. But frankly, their whole discography is wonderful. Check out their 2020 EP Sitcom on Spotify.

Sheffield artist Teah Lewis is a cut about the rest in the singer-songwriter space, with her honey-sweet vocals, gently optimistic songs, and immaculate delivery.

Teah Lewis’ songwriting is characterised by honesty, tenderness, and carefully crafted folk-pop melodies, delivered with her subtle yet distinctive regional inflection. Her Magnolia album is due out in 2022. Keep up with her on Spotify for her latest releases.

Tsarzi’s eccentric 2018 debut record Last Decade of Love is still one of the best records to have come out of Sheffield in recent years. On the surface, Tsarzi is playful, even comic.

A closer listen reveals a much darker, disturbing side. Drawing on elements of musical theatre and alternative pop, Tsarzi does something daring and impressive. Listen to Last Decade of Love on Bandcamp.

Self-proclaimed ‘indie sad boys’ Dead Slow Hoot are one of the most original indie bands from Sheffield on the scene right now. Their 2019 album No Reunions, which is out on Philophobia Music, represents the band’s growing maturity, and comes highly recommended.

Big melancholic indie melodies, delivered in singer Hugo Lynch’s rich baritone voice, call to mind the likes of Interpol. They nail big sad anthems, but the atmosphere created by the band at live shows is anything but sad – their live vibe can be a lot of fun. Check out their big scary single, I hope you never say a word.

Rhiannon Scutt is known for her beautifully crafted-songs and absorbingly charismatic stage presence. Folk and Americana influences call to mind the likes of Adrienne Lenker and Stevie Nicks.

Despite her renown as a live artist, her recorded worked works are relatively few – we’re hoping for more to come. Keep up with her latest releases on Spotify.

Jim Ghedi is a contemporary folk artist who truly bridges the gap the between ancient and modern. His reworkings of traditional folk songs sit side-by-side with his own compositions, building on a palette of skilful guitar fingerstyle, violin, brass, bass, and percussion.

His lush, largely instrumental 2017 album A Hymn for Ancient Land paints portraits of life in the Peak District and rural regions across the British Isles. His 2021 record, In the Furrows of Common Place is more song-focused, allowing Ghedi’s distinctive, powerful voice to take a more central place in the recordings. Check out his discography on Spotify.

Since the release of his debut EP Escapism, Sheffield rapper Franz Von has gone from strength to strength. The artist’s distinctive blend of socially conscious hip-hop and jungle fusion rooted in African rhythms has seen him pull off a growing catalogue of collaborations, including the likes of French jazz collective corto.alto and ONIPA.

His live show, completed with searing brass is something you have to experience. Check out his latest video, ‘Power Be You.’

Arctic Monkeys are the most famous Sheffield band of all time. From their earliest indie pop days with the jangly ‘I Bet That You Look Good on The Dancefloor’ to the more recent shift in direction from Alex Turner’s solo project, the Arctic Monkeys have never failed to gather massive attention.

Their most critically-acclaimed album is the 2013 AM which picked up numerous ‘top 50 album’ awards that year. If you want to get into the discography of this icon Sheffield band, AM is the best place to start.

Pulp are close contenders for the best-known Sheffield band in the world, thanks especially to their massive 1995 Brit-pop single ‘Common People.’

Their best-known and best-loved album is the 1998 This is Hardcore, which picked up numerous accolades, including NME ranking it 166 in their 500 greatest albums of all time in 2013.

Dance-pop duo Moloko blended laid-back trip-hop with dance and disco elements to produce a number of big-hitting radio favourites in the late 90s and early 00s.

Comprised of Irish singer Róisín Murphy and producer Mark Brydon, the duo’s biggest hit was the understated dance classic ‘Sing It Back’ which they dropped in 1998.

Bring Me The Horizon

Bring Me The Horizon – named after a quote from Pirates of the Caribbean – are perhaps the ‘biggest’ band from Sheffield to emerge in recent years. Although the band may not be recognised by the average Joe the way Arctic Monkeys or Moloko might be, they have built an enormous following in the world of rock and metal.

Best described as deathcore or metalcore, their electronic-influenced rock sound is exemplified by the big screamy anthem ‘Can You Feel My Heart’ released in 2013.

Synth-poppers The Human League are definitely amongst the most famous bands from Sheffield, especially thanks to their massive single ‘Don’t You Want Me’ (1981). This song is followed by the charming, feel-good singalong ‘Together In Electric Dreams’ (1984).

Since forming in 1977, the band released nine studio albums. Their worldwide influence has seen them described as one of the leading bands in the so-called Second British Invasion of the US music scene in the 1980s.