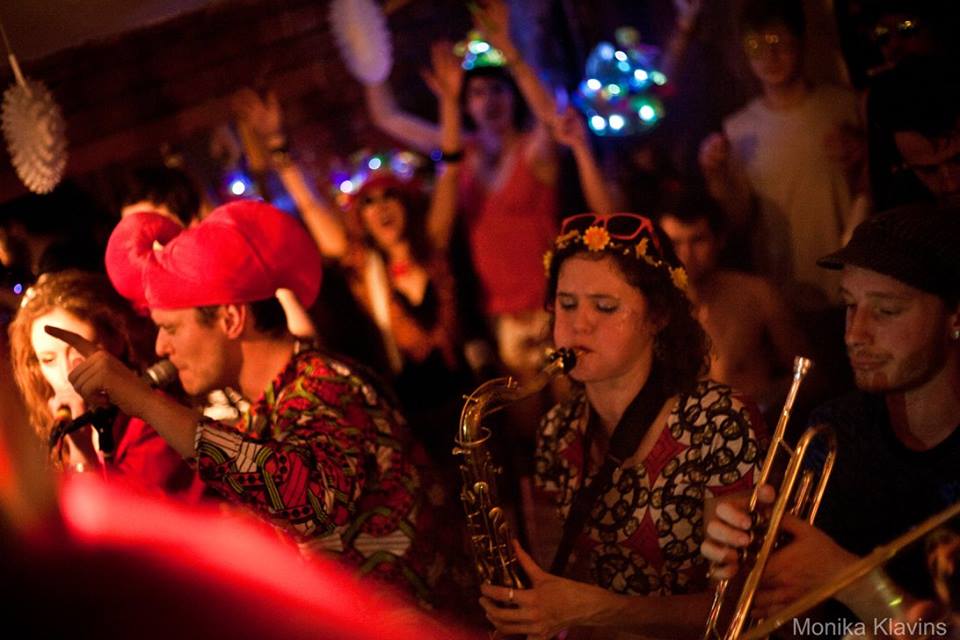 Sheffield is the unlikely home of a growing global music scene.

From internationally acclaimed world fusion ensembles, to punk-influenced tropicalia, Sheffield has it’s fair share of global music acts. And as a city whose reputation for global music is growing nationally, it’s becoming increasingly easy to find your regular dose of global music in the Steel City.

Here’s a small selection of the top picks.

Sheffield’s longest-established and most renowned global musician today, Mim Suleiman’s style is a blend of afro-beat, house, disco and soul. She has some incredible releases to her name including her infectious singles Nyuli and Mingi. Just type her name into Google and you’ll start to get an appreciation for the breadth of her influence and success within global music. A Zanzibarian Steel City legend.

Hailing from Ghana and now based in Sheffield, K.O.G (Kweku of Ghana) has made waves nationally and internationally both as a solo artist and through his collaborative projects. Leader of the Zongo Brigade, an afro-fusion collective with musicians from Mansion of Snakes, Nubiyan Twist, and others, K.O.G has toured extensively both nationally and internationally. Watch out for forthcoming releases under the Zongo Music banner, and his afro-futurist project ONIPA. Definitely one the most exciting Sheffield bands right now.

Pioneers of a distinctive latin-balkan-punk aesthetic, Mango Rescue Team are a raving troupe of musicians, performance artists, and anarchists, inspired by a fusion of the Tropicalia movement of Brazil and psychedelic rock. Powered by the fiery brass section, Mango Rescue Team have toured the UK at length. They champion their philosophy through the Mango Disco project and label, hosting emerging international artists at their events both in Sheffield and further afield.

Captain Avery and the Cosmic Triceratops of Intergalactic Peace

New kids on the block Cosmic Triceratops have quickly risen to popularity with their utopian breed of Fela Kuti-inspired space music. Imagine afrobeat being played by a bunch of punks who got caught in a glitter storm and also happen to belong to some sort of futuristic cult. Their live shows are, in the best possible way, absurd, and have seen them pull off live collaborations with a full samba band, to great effect. Cosmic Triceratops are currently preparing to release their first album on the Mango Disco label.

Shahe Mardan play a form of Sufi devotional music called Qawwali. Led by singer and harmonium player Mohamed Zubair, the music is at times slow and reflective, with droning harmoniums looping for minutes at a time. But just as you start to trance out and forget yourself in the drones and meandering vocal melodies, the soundscape transforms into a driving, jubilant chorus, accompanied by clapping, and – on occasion – Sufi spinning. Their online profile is pretty low, and recordings few and far between, so keep your eyes peeled for their next live appearance.

Afrobeaty riot grrl funk, Forefathers hit a sweet spot that few bands manage – political and real, lighthearted and fun at the same time. Weighty brass hooks plunge what are fundamentally funky, soulful songs into foot-stomping fare. Listen to their EP, Living It Up North on Spotify and iTunes, or catch them at one of Sheffield’s many underground venues.

Since 2006, Rafiki Jazz have been Sheffield’s critically-acclaimed world music virtuosos. With instrumentation from kora, to steelpan, to tabla, to oud, Rafiki Jazz create music that is global in the truest sense, borrowing and sharing timbres and techniques from all over the world. From the BBC Radio 3 stage at Womad, to sold-out shows at the Southbank’s London African Music Festival, it is essential that you see these folks live. Rafiki Jazz are part of the Sheffield-based world music development and booking agency Koni music.